Our location this month is Irchester viaduct on the Midland Main Line, just south of Wellingborough, where Richard Gennis photographed Freightliner Type 5 No. 66520 on the slow line with a southbound cement train on January 6, 2009.

How to get there 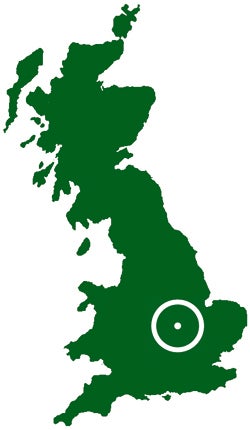 By train: From Wellingborough station, it is recommended to take a taxi from the station forecourt as it’s a long and fairly difficult walk.

By car: Approach the location eastbound on the A45 dual carriageway. Just over two miles from the roundabout with the A509, there is a small pull-in on the left, just before the road crosses the line, which is suitable for parking. 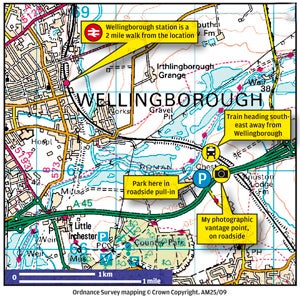 Says Richard: “Although you can only photograph southbound trains here, the fact that you can easily switch from the east to the west side of the line as the sun moves round makes it worthwhile, as does the possibility of trains passing simultaneously on the slow and fast lines. Just be aware of traffic on the A45, which passes at 70mph. Also, if walking, be aware that the fields can flood, especially in winter.”

Content courtesy of by Railway Magazine – featured in March 2009 issue.