Be Prepared
A second DSLR body can be useful not only as a back-up, but as a second camera per se. By fitting different lenses to each (say a wideangle on one and telephoto on the other) you’ll be able to respond more quickly to events, and spend less time changing optics. Alternatively, consider taking a compact or a bridge camera as a backup. The quality of some of them makes them a viable option, and their lack of a mirror makes them almost silent in use.

Take plenty of spare media cards too, so you don’t run out. Several smaller cards are better than one giant one, from a security point of view. A portable hard disc or viewer would be a useful addition to your kit for downloading the cards to, for extra security – or, if you don’t mind carrying it, a laptop will give you the option for editing your pictures, and emailing or uploading them to a web space.

Be Safe
Don’t fall victim to thieves by staying aware of the people around you. Also, avoid advertising your camera equipment while travelling as this could make you a target. This might seem like common sense, yet many photographers forget this when they get caught 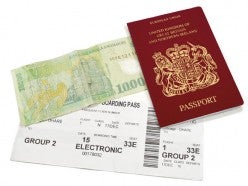 up in the moment, especially when straying off the beaten track. Read up on local laws regarding what you are allowed to photograph too; these vary widely but researching them first could save you hassle later.

Take Out Adequate Insurance
Travel insurance does not always cover expensive camera equipment, nor items placed in the hold of a plane. Always check photographic equipment in as hand luggage, so that it’s on your person at all times. Choosing a good insurer can take the worry out of a trip, so shop around for the best deal and do read the small print. Don’t forget regular travel insurance for you and your belongings too. 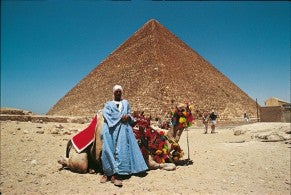 People and Local Culture
When travelling, your senses are heightened in new locations with fresh visual stimulation all around you. People and local customs make great subjects for your shots but you do need to employ some measure of diplomacy when photographing people, as you can easily offend them. Being mindful and gaining consent are top priorities. If people aren’t happy with you taking their picture, then it will show in the final image.

Try to remember that a camera can be quite threatening when pointed at someone, especially as they won’t always know your intentions. If possible, try and engage in some basic conversations with people and appear interested. Sometimes their opening up to you will reveal aspects of their character that can add something to an image you wouldn’t have initially foreseen.