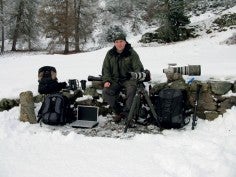 The Lairig Ghru pass in the Cairngorm Mountains. Using the 70-200mm zoom I was able to compose
this image from the wider scene around me. 1/250sec@f/11, ISO 100

Having grown up the son of a Perthshire gamekeeper on the eastern edge of Scotland, Neil was well placed to learn about the animals that would become his chosen photographic subject later in life. And not only did it expose him to the wonders that nature beholds, but his father’s profession also provided him with invaluable knowledge about their habits and the best places to find them – an essential asset to any photographer’s armoury if they want to achieve superb wildlife shots.

‘It was an ideal place to grow up,’ says Neil. ‘The vast expanse of countryside, filled with so many varieties of wildlife, was a haven for someone as keen on nature as I was. And when famous wildlife photographer Hugh Miles visited the estate my father worked on to film a documentary about wildlife, I became really interested in photography and wanted to know more about it.
‘At the time I was about 15 and it took me till my late teens to save up enough money to buy my first camera – a Pentax ME Super. Following on from this I bought a Tokina 400mm f/5.6, and it wasn’t long before I was out and about, snapping away’.

‘I’m very much self-taught, and going out taking pictures the way I did enabled me to make my own mistakes and learn from them – all in all a great grounding for my later photographic career. My first career had been as a carpenter, and such a profession allowed me to arrange my working day around it so that I could include excursions out and about with the camera. Soon I had knocked my working week down to four days with the rest dedicated to photography. I gradually cut this down even further, and before I knew it, I was doing photography full-time. 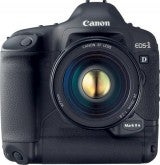 ‘Since I’d started, technology had moved on tremendously, but I was determined to carry on using film, and didn’t switch to digital straightaway. This being the case I bought a Canon T90 and used it with a Canon 500mm lens to capture wildlife shots. From there I gradually built up my equipment, and eventually invested in two Canon EOS 1V HS bodies, along with some of the high- spec lenses that had come onto the market. The main share of my work remained wildlife photography, and at the time my clients included wildlife magazines and country pursuits publications, with a fair percentage of my work going to the Planet Earth agency before Getty Images gobbled it up. Scottish Natural Heritage was another client of note.