Ever wondered how they make slick car adverts? We show you how to shoot your own version 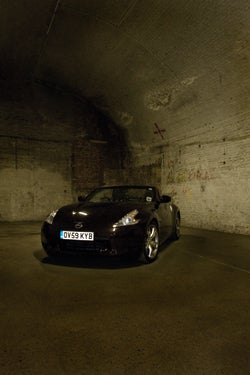 For any photographer with even a passing interest in cars, a career as a car photographer would be a dream come true: jetting off to exotic locations to drive the very latest high-performance model and shooting it against a stunning sunset. The reality isn’t always quite as glitzy – often it involves working in tough conditions for long hours – but as a way of combining your passions, you could do far worse.

Of course, as with most areas of photography, you don’t need to be a pro to try it out. With a little preparation and practice, you can create stunning shots of just about any car – even if it’s not a Top Gear styled supercar, and your location isn’t quite exotic.

In this article we show you the best ways to get the car looking its best and give your images that high-end feel. We’ve divided the feature into three main areas, each with its own styles and required skills, for you to try for yourself.

The only way to really learn is to practise, so start out by using your own car as your subject. This will allow you to find the angles that work and test different lighting and exposure techniques.

For stationary shots your lighting is key and unless you are very lucky, some form of powered lighting is advisable. Off-camera flash allows you to isolate the car from its background and pick out certain features. A simple flashgun can work wonders, though pros tend to use larger battery-powered flash heads or studio lights in extreme cases.

Location shooting can be done quite simply, as all you really need is you and the vehicle.

The first thing you should consider is that your chosen location should suit your car, whether it’s urban and industrial or rural and quaint. It’s important to check whether you are allowed to shoot in the area, and make sure it’s safe to do so.

A classic positioning is to have the car at a three-quarter angle (or 45°) to the camera, while a slight turn of the steering wheel away from the camera will give you a bit more of the wheel in shot.

Use a fairly wide lens (20-30mm) but don’t distort the car by getting too close. Aim to underexpose your background by one or two stops while keeping the exposure on the car correct with your flash. If you have sky in the shot, try using graduated ND filters to darken it down and give a moody feel. 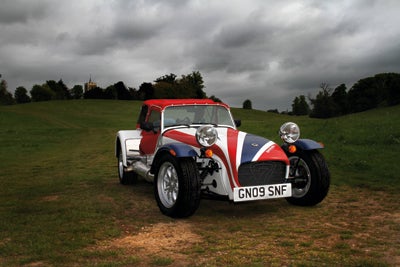 Image above: This Lambretta special edition Caterham was shot using two off-camera Speedlite flashguns and the 7D’s wireless controller. A graduated ND filter was used to darken the sky.

Image (right): As you can see from the before shot on the right, post-processing work has been used to add contrast and blacken the tyres on the car to create the final image above.

To get the feel of the car’s speed you need to shoot it moving, and this requires a very different skill. The aim is to end up with a nice crisp-looking car against a blurred background and there are two main ways to achieve this.

The first is from a stationary position (known as panning), and the second is to shoot from alongside in a moving vehicle (known as tracking). Panning requires you to move your lens at the same speed as the car while using a slow enough shutter speed to allow the background to blur. This shutter speed will vary according to the speed of the car but is usually between 1/30 and 1/125sec. A similar speed is necessary for the tracking. This should not be tried on public roads. 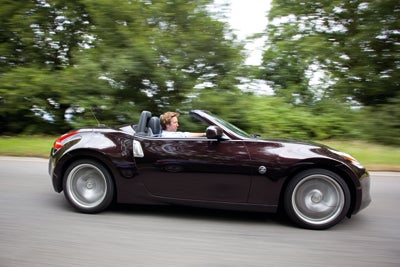 Image: Taken on a private road from a second vehicle travelling alongside the car. A similar effect could be gained by panning the lens from a standing position while the car passes.

Make sure it’s clean Any dirt on your car will always show up on your images so clean the car thoroughly before shooting and take cloths with you to get rid of any dirt that has built up on the way.

If you are setting up lights it’s much easier to leave your camera on a tripod, while you move things around, and saves you having to recompose your shot every time you do.

Keep away from busy roads or anywhere that your car might block access, as you could easily cause an accident or be breaking the law. Ask permission before shooting and, if possible, take someone with you to help out.

Once you have your technique honed, offer to take pictures of friends’ and families’ cars so you can build up a portfolio of different vehicles. It’s also worth visiting car shows and asking the owners. If you do a good job with one, you could quickly end up in high demand among their peers. 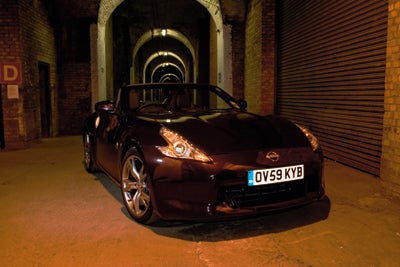 Image: Taken at the Union Car Park in London Bridge, using a Strobeam DL4 portable flash kit from Viewfinder Photography to highlight the vehicle in the darkness.

Union Car Parks run a number of sites across London offering daily or contract parking but their unusual locations have seen them feature in shoots for various films and TV programmes.

Studios offer the ultimate control over your subject and, therefore, the opportunity to create stunning images.

The clarity and detail available mean that billboard-quality images can easily be created. Having this much control can also create its own problems however, as powerful studio lights will show up any mark or scuff, and you need to work hard to avoid reflections.

Getting a car into a studio isn’t always easy though, so you need to find a specialist studio designed for car use. Specially designed spaces will offer hangar-sized spaces, often with infinity coves and turntables for easy car movement.

Due to the accuracy available it is often a slower process than an outdoor shoot; large softboxes are needed to minimise reflections and powerful flash heads needed to deliver the power to flood them with light. 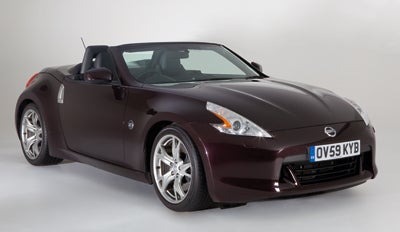 Image: Taken at ASA Infinity studios in their large infinity cove and positioned using a turntable. The car was lit using Profoto D4 flash units with one large softbox and two honeycomb heads.

ASA Infinity is a specialist car studio in the East Sussex countryside, complete with infinity cove and electric turntable for easy vehicle adjustment. It boasts a team of resident photographers and can be hired out for private use if required. 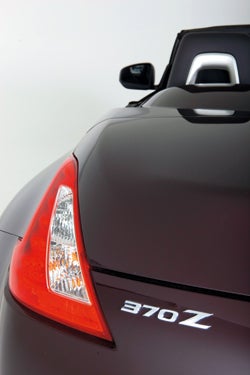 Not every car shot has to include the whole of the car in it.

In fact, by isolating certain sections you can highlight some of the finer points of the vehicle and accentuate the curves and lines of the bodywork.

Detail shots can be taken anywhere, though lighting remains vitally important and for this reason is easiest in a studio. On an overcast day, however, or with diffused flash, detail shots can even be taken on your driveway.

Look for distinctive features and capture each one individually, whether it’s a nice line around the headlamps, an indicator or even the name badge.

The interior can be tricky but with a slow shutter speed, it’s possible to combine flash with the glow of the dials for some stunning effects.

Images: The sweeping back section with tail light (right), the instrument panel (below left) and intricate indicator light (below left).