There may be times when 30 seconds isn’t long enough, and you need to keep the shutter open for several minutes. Especially if you’re a fan of night-time photography. Many DSLRs have a setting called Bulb, or B, which will keep the shutter open for as long as you keep your finger pressed on the shutter release button. The term originally came, it’s believed, from the old Bulb type cable releases- which squeezed a shot of air down a tube to the shutter release button to press it. With modern cameras, a cable release of some description is still recommended as even on a tripod you could move the camera during the long exposure if you were to handle it directly. 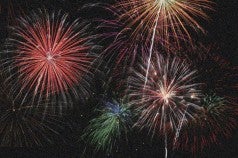 Long exposures on film are susceptible to a problem called reciprocity failure, where the 1-stop aperture/shutter reciprocal relationship ceases to work after a certain slow shutter speed. This would lead to colour casts and under-exposure. Digital cameras don’t have this problem, but longer exposures can increase the signal to noise ratio in one or more of the colour channels, causing unpleasant artefacts. Most DSLRs have a built in long exposure Noise Reduction filter hidden somewhere in the menu, which usually adds a small amount of blur to the offending channel. The amount is usually set by the camera manufacturer, though some people prefer to use PC based noise reduction software for more controllable results. The reason for this is that the blur added by the camera’s system can sometimes affect the overall image sharpness.

There may be times when the light is so bright, that even with the smallest aperture, you can’t extend the shutter to the time you need to get the effect you require. In this case a Neutral Density filter can be used. Essentially, an ND filter is like sunglasses for your lens- a piece of darkened glass or gelatin is placed over the lens and reduces the amount of light entering the lens. ND filters are available over a wide range of densities, up to 8 stops. The filters can usually be doubled to increase the effect. 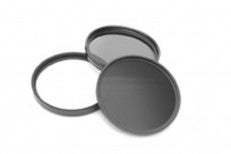 Neutral Density filters will affect the brightness of the viewfinder, so you may have to compose and focus before you place the filter over your lens, especially with higher density filters