How to shoot Twilight – Shooting Fireworks

Fireworks are a perennial favourite subject for photographers, and Guy Fawkes Night is the best time of year in the UK to shoot them. You’ll need a sturdy tripod and a remote release. Get to the event and pick your spot well in advance. If you can include an illuminated landmark on the ground, so much the better. You may need a wideangle lens for this. 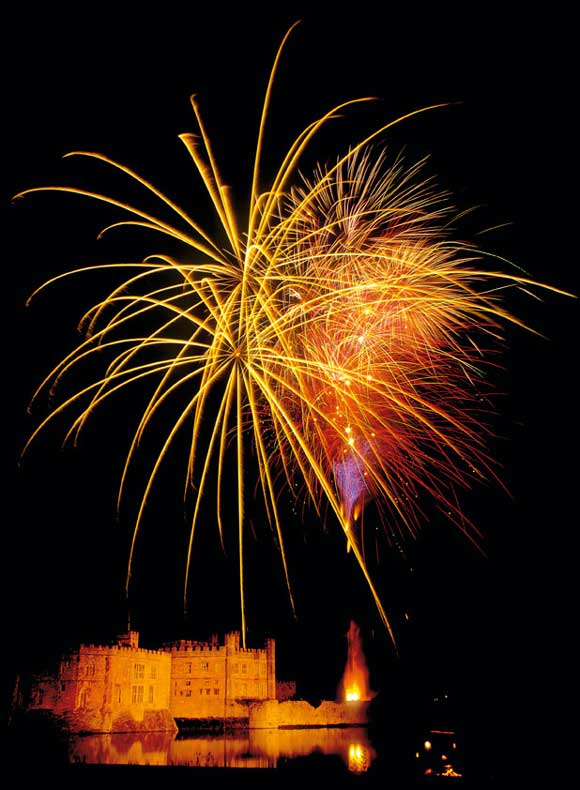 Taken during a fireworks display at Leeds Castle, Kent, which Tim
Gartside has included in the foreground. Nikon D300, 14-24mm, 20 seconds
at f/11. ©Tim Gartside

Alternatively use a more telephoto lens and fill the frame with sky. Set an aperture of around f/11 and the shutter to the B (Bulb) setting. Expose for 10-20 seconds to capture multiple bursts (though if you have a lit building in shot be careful not to overexpose it). One method is to keep the shutter open and hold a piece of black card in front of the lens between bursts so you can build up a large number of fireworks on a single frame. 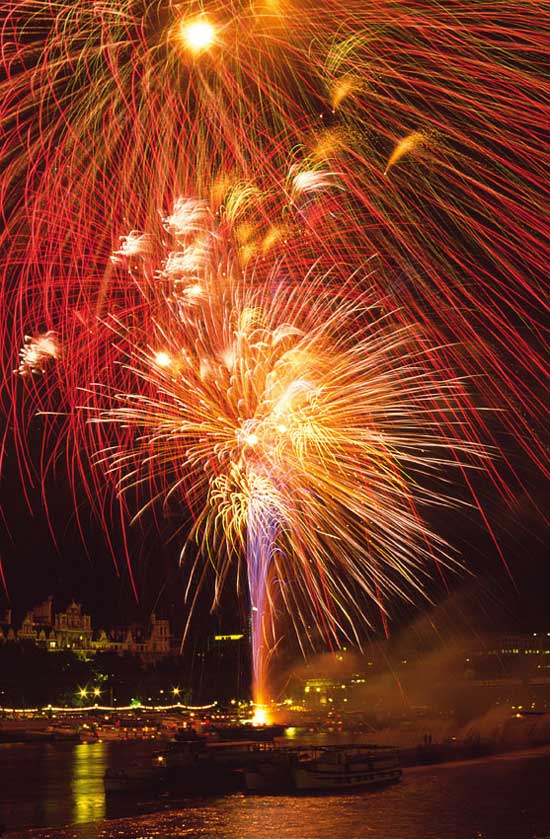