How to shoot Twilight – Towns & Cities

Many towns and cities look better at night than they do in the daytime. The dark shadows hide the litter, the graffiti and the ugliness of that 1960’s office block, and all eyes are drawn to the colourful twinkling lights. Most cities and large towns have buildings that come alive when lit up, but it’s crucial to shoot at the right time, when there is still some colour in the sky, otherwise the contrast will be so high that unlit parts of scene will disappear into blackness, and you’ll be unable to make out roof lines and horizons properly. When there’s light in the sky you’ll be able to record detail even in unlit parts of your picture. 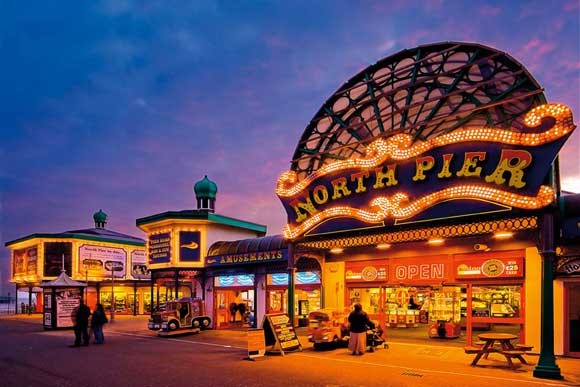 Tim Gartside didn’t want the people in this shot to be too blurred, so
kept the shutter speed to just two seconds. Nikon D2x, 10-20mm, 2
seconds at f/8. ©Tim Gartside

Get into your chosen position in time for sunset and stay till darkness falls. During twilight the sky often records as a deep blue which provides a great contrast to the warm lights. If there’s a sunset you’ll get oranges and purples which also looks great. Your optimum shooting period varies throughout the year, but in winter can be as little as 10 minutes, so you’ll need to work quickly. Don’t try to cram too many different shots into a night’s shoot. It’s best to nail one good shot at the optimum time, and then return to get others on another night. 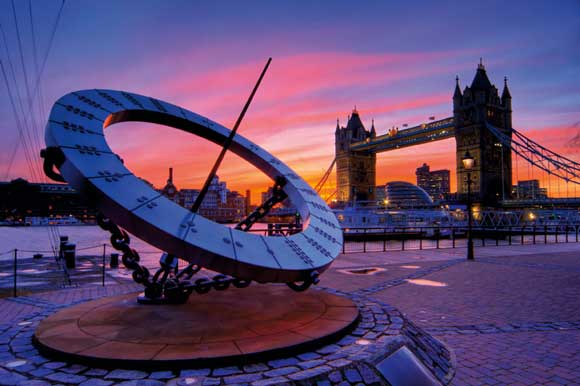 You’ll be using long exposures so a tripod is a must, and if you have either a remote release or the ability to lock up the mirror these will help you get sharper pictures. Set the camera to manual exposure and focus, and shoot in Raw mode so you can fine tune the exposure and White Balance afterwards. 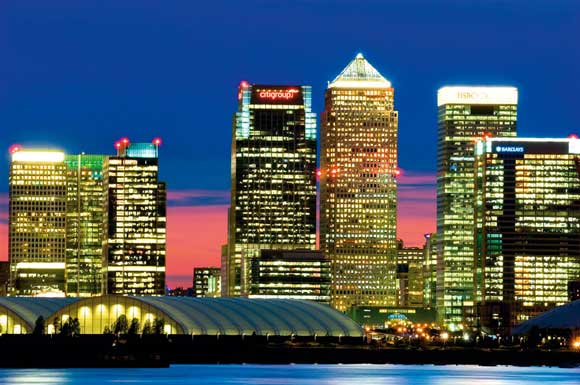 The classic city skyline – in this case London’s Canary Wharf, as seen
from the other side of the Thames. Nikon D2x, 70-200mm, 5 seconds at
f/8. ©Tim Gartside 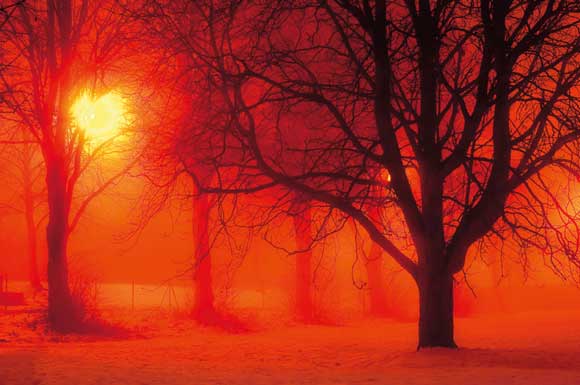 You don’t have to go to the big city. This quiet suburban street was lit
only by the street lights which, aided by fog and snow, turned the
scene an eerie red. Nikon D300s, 50mm, 2 seconds at f/11. ©Tim Gartside

If you’re using a compact camera you’ll have less control but good night shots are still possible. Using a tripod, set ISO 100, Daylight White Balance, Flash Off, and use the self-timer to fire the camera. 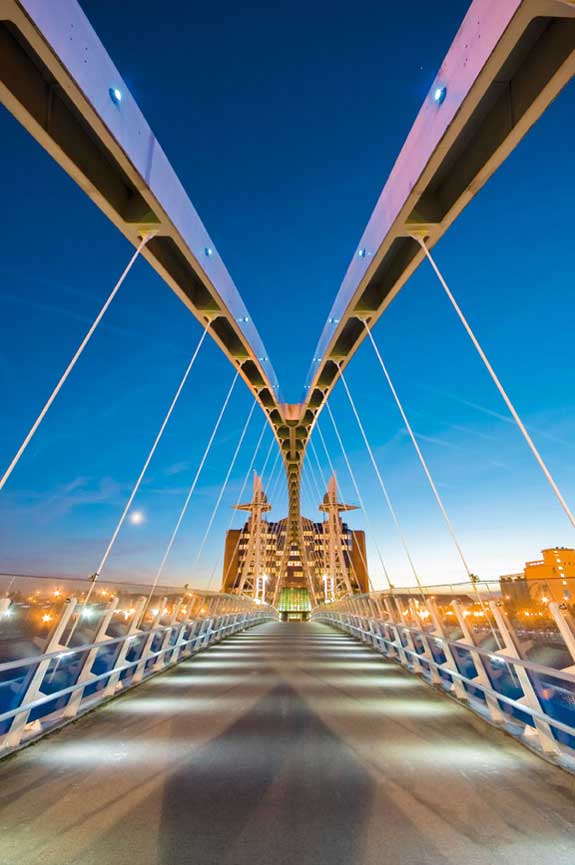