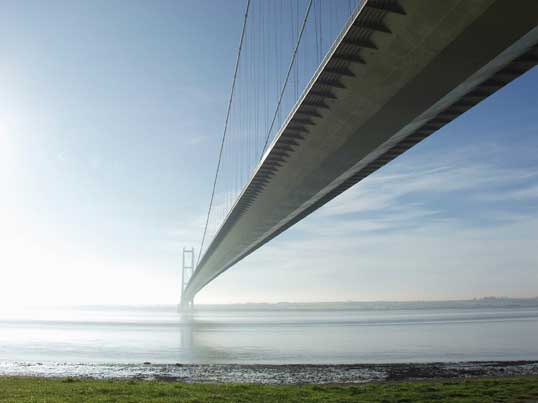 The Humber bridge. The fifth largest single-span suspension bridge
in the world, that crosses the Humber estuary

Some of the most impressive structures across our countryside have no grounds or gift shop in sight. The soaring industrial construction of some of the various bridges that cross the gauges, rivers and valleys can leave you in awe and are just dying to be photographed. Their construction is primarily to perform a function, to allow passage of people or vehicles from one side to the other but in solving the technical nature of doing this, many have devised forms that look as impressive as the feat that they perform. Their sizes and positioning are so varied that it is difficult to completely generalise a technique for capturing them: the ultra modern millennium footbridge in Gateshead takes a different type of shot to the grand Glenfinnan Viaduct, over which the ‘Harry Potter’ famed steam train crosses. The most important thing is to give the structure a sense of scale, so try to include some of its surroundings. 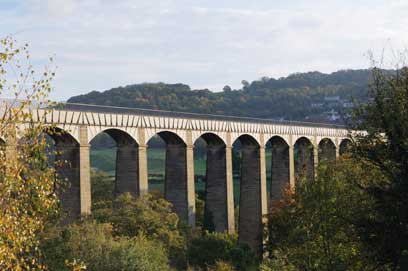 Depending on the angle, you will generally want to keep all of the bridge in the scene. Getting closer to the bridge and using a wide angle will make the scene look more dramatic, as will shooting from below, rather than above. If you’re shooting a footbridge try including people crossing it, if it’s a rail bridge try to capture it while a train is crossing – even as a blur. 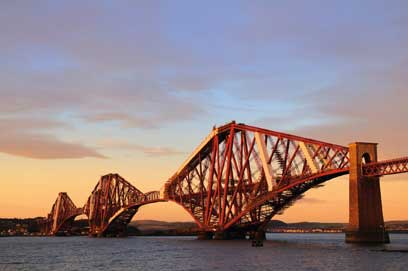 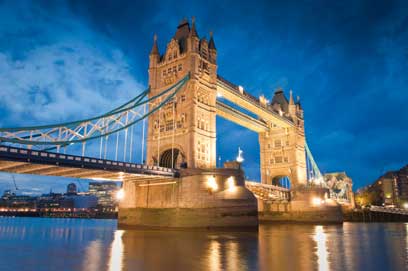 Tower Bridge, London. One of the most recognisable landmarks in the
city featuring a raising crossing to allow larger vessels to pass underneath