Our extensive coastline hosts its own share of cultural sights, some of the most recognisable being our many lighthouses and piers. Their designs are appealing in their own right but, by nature of their locations, they can create striking images. Close up, both lighthouses and piers can offer interesting details but their main appeal is in their interaction with their surroundings, so capturing them under the right lighting is essential. The tide will also vastly affect your shots, though long exposures are often preferable and can calm even the roughest seas with a long enough shutter time. Some of the most photogenic examples tend to be those that are a little weather-beaten, or even falling apart. However, a pristine white lighthouse can look magnificent against a rocky backdrop. 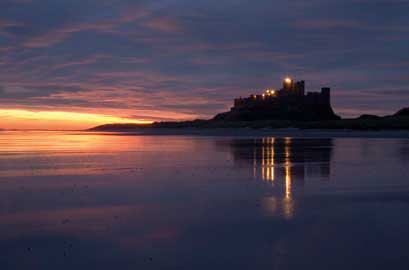 Bamburgh Castle in Northumberland, an impressive-looking
building on a stretch of stunning coastline

Piers are generally best photographed either from their decking, looking out to sea or from underneath, seen from shore at low tide. A wideangle lens will exaggerate its perspective but it is important to ensure your camera is completely level to avoid distortion. Lighthouses can often be hard to get close to, so a longer lens is often useful to ensure it remains large in your composition. Conversely, a position further down the beach is generally preferred to include some of the coastline in the shot. Dawn and dusk will provide the most pleasing backdrops, though capturing one projecting its beam is always an added bonus.

Increasing your shutter speed, or lengthening your exposure, is a favourite technique of many landscape photographers looking to bring some calm to their images. It has an effect of smoothing everything out, removing any moving elements and can also work to highlight stationary structures, such as buildings or rocks. 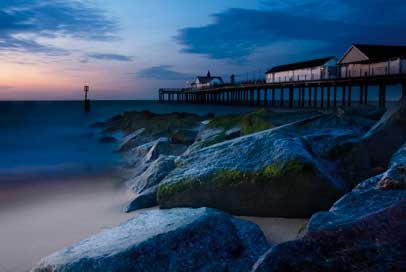 The easiest way to create this effect is to use your camera in Shutter Priority or Manual and physically set your shutter value – you’ll need at least 10 seconds of exposure for a really smooth look. Unless you’re shooting in near darkness, this may be too much light for your camera. If this is the case you can use a Neutral Density filter on your lens; these reduce the amount of light entering the lens by up to 10 stops depending on the filter used.

English Heritage looks after nearly 400 locations across England, including parks and gardens, castles, piers, prehistoric sites, and is even involved in the little blue plaques seen on buildings once occupied by notable figures in history around London.

Many of the properties are free to visit and others can visited for a small entrance fee, or by membership to English Heritage.

English Heritage told us that they are keen for visitors to take pictures at its properties, and encourage people to upload images to their Flickr group (www.flickr.com/groups/englishheritage/), however permission must be obtained to take images for commercial use. 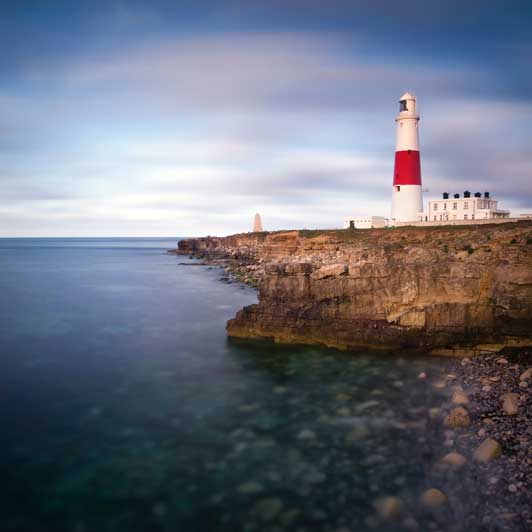 Portland Bill lighthouse on the outcrop of the Dorset coastline