A definition of SD Card

The humble SD card has prevailed as the recording format of choice for most camera manufacturers, though it too has to evolve if it is to keep up with new technology. The first generation of SD cards offered capacities up to 2GB, which, given the more modest pixel counts of cameras at the time was seen as sufficient. As pixel counts grew and video recording crept into more cameras, the SDHC variant arrived with increased capacity (up to 32GB) and faster transfer speeds. And now, with the SD format supported by many DSLRs and camcorders, and with high-definition video recording a staple feature of both, the SDXC format represents the next step in high-capacity storage. 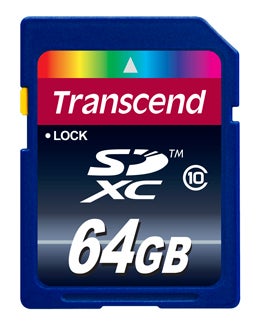 SDXC cards have already become available with a minimum capacity of 32GB, but theoretically they are claimed to support up to 2TB of storage. As well as an increase in capacity, the format increases transfer speeds, meaning data may be written to it and read from it faster than with previous cards. The SD Association predicts that current maximum transfer speed of 104MB/sec may soon escalate to 300MB/sec – three times the speed of the fastest available CompactFlash card. While some people may see such high capacities and speeds as being surplus to requirements, manufacturers have already begun supporting the new format in their recent models.

Support for the technology is set to spread to laptops and satellite navigation systems among other common appliances, while a ‘micro’ version will typically be employed in smaller devices, such as mobile phones which already use micro SD and micro SDHC media. While these cards don’t offer backwards compatibility for use in older cameras, support for standard SD and SDHC cards has been maintained in such models.