A definition of OLED 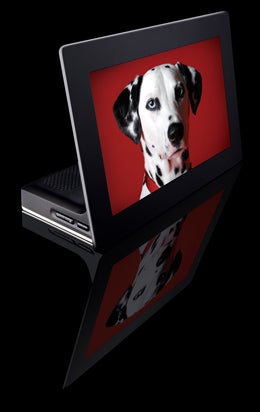 In the past few years, a number of products have made use of Organic Light Emitting Diode (OLED) technology for display purposes. Initially these were confined to devices such as mobile phones and compact cameras, before they were employed in more demanding products such as photoframes, netbooks and even televisions.

OLED displays use layers of organic compounds which give off light in response to current. This is in contrast to LCDs which require a backlight, meaning that one of the key benefits of the technology is size; OLED displays may be created very thin next to LCDs, to the point where they can even be manufactured on transparent and even flexible surfaces.

They also require far less power to operate, and boast very wide viewing angles with excellent contrast ratio and improved brightness. Furthermore, as they can be manufactured using the same principle as inkjet printing, displays may be printed on a variety of surfaces to a range of specifications in as little as a few minutes, with greater simplicity than with comparable technologies such as LCDs.

Sadly it’s not all good news. Currently, the major obstacle facing manufacturers is the lifespan of the organic compounds. As these degenerate over time they lead to a gradual decrease in brightness, and with it accurate colour reproduction. Initially these were said to last just seconds, though improvements in the past couple of decades now make them far more commerically viable.