A definition of Colour

When we talk about colour, there are a number of ways in which we can describe what we see. We may mention specific attributes such as hue, saturation and luminance, or the feelings and emotions particular colours invoke. Another way is to associate colours with objects in which they are typically found. But how exactly would we define what colour is?

Colour is best described as a perception, rather than a defined attribute of an object. For us to see colour we need three things: the subject itself, some form of illumination, and our own visual system. The object isn’t coloured as such, it simply absorbs and reflects different wavelengths of light to different degrees, or reflects them all more or less equally. In the former case there will be some sort of bias which provides the basis for the perception of a colour, while in the latter case the object will appear neutral.

The light source has an effect because the spread of its power (known as its spectral power distribution) may be biased towards certain wavelengths. Daylight has a fairly eve 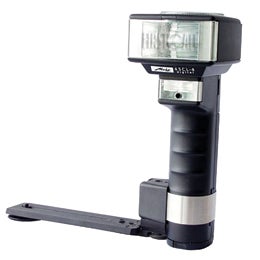 n balance across the visible wavelengths, which is why photographic prints are analysed for colour bias in conditions which replicate this type of light. Other lighting sources, such as tungsten and flash, are more biased towards certain wavelengths (tungsten more towards the red and yellow end of the visible spectrum, for example). As the relationship between the lighting source and the object changes, the same object will appear differently to the observer.

The final element is the human visual system, which encompasses both the physical structure of the eye and the way the brain processes the information it receives from it. When there is a deficiency of some sort in our photoreceptors we may be less sensitive towards certain wavelengths, and our perceptions change because of this.