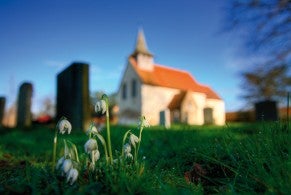 Steve is a 51-year-old storeman for a Guildford company ‘known for its fire engines’. He was driving past this church at nearby Wisley and decided to stop.

‘I wanted to try my 17-35mm Sigma at its true focal lengths,’ says Steve, ‘having just received my EOS 5D from Warehouse Express. (I still use my 350D).

‘As I was walking around the churchyard, I saw this small group of Snowdrops, so I placed my waterproof trousers on the grass, put the camera, fitted with the Canon angle finder (bought on eBay) on top, and took my three bracketed shots. When I got back home I worked the images through Photomatix and Elements.’

Steve has been a Flickr member since August and finds the site addictive. ‘It gives me a reason to take photographs – most of the images in my photostream wouldn’t have been taken if it wasn’t for Flickr, and I’ve made friends of all ages, all over the world.’ 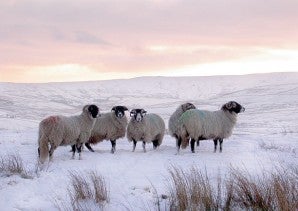 Helen is 46 and lives in the North Pennines. She took this stunning picture last winter while out for a walk, using a Nikon Coolpix 4500 compact.
She has been using Flickr for about 18 months now and is, by her own admission, addicted.

‘I’ve been interested in photography since I was 16,’ she says, ‘and did my own B&W printing in a home darkroom through my twenties.’ But then life got in the way and photography took a back seat until digital – and her Coolpix – came along. ‘I love digital, because with Photoshop it’s just like having a darkroom again,’ she enthuses, ‘and since I started using Flickr I have become so enthusiastic about taking pictures again that my other half has bought me a Canon EOS 350D, and now I’m mainly using that.’ 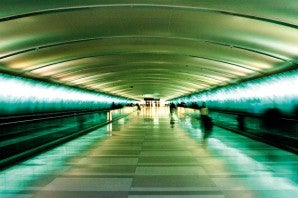 ‘I’ve been shooting for a little over a year now, so I’m still quite new to photography,’ says 32-year-old Rob.

‘This shot is of a tunnel that runs between concourses at Detroit Airport. It has a multi-coloured light show on the walls which gives it a sometimes eerie feel.’ He used a 28-100mm lens on his Nikon D70. ‘I wanted to get some motion blur, so I used an ND4 filter to give me a slower shutter speed.’ 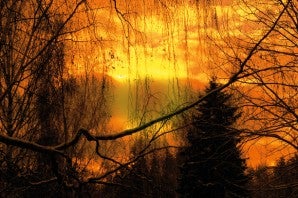 Petri Arenius of Kerava, Finland, discovered Flickr a year ago and says it has brought a new dimension to his hobby. ‘Why would I take photos anyway if nobody ever sees them?’ he asks. ‘Other photographers’ comments are the thing that makes it so much more meaningful. I like the instant feedback. If something gets neither views nor comments, I know I have to do a better job next time.’

Wielding a Nikon D50, 35-year-old Petri likes to see something new in the ordinary.  ‘A new angle, or especially unusual light,’ he reveals. 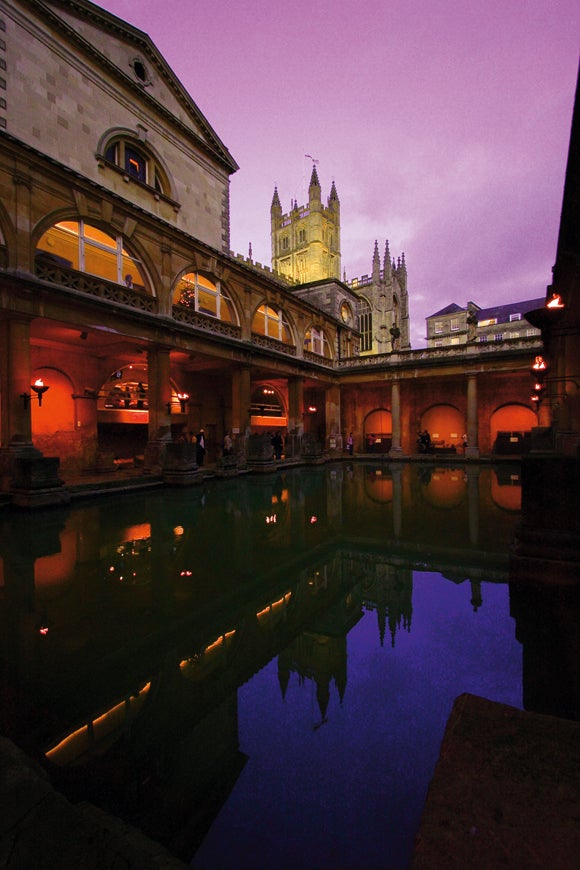 his winter-morning view was taken from Petra’s balcony. ‘I put it into Photoshop and added a sunset layer and yellow filter,’ he explains.

‘I took this on my trip to the Roman Baths earlier this year,’ says Khairul. ‘It was winter, so opening times ran into the evening which allowed me to capture a memorable sunset. I was lucky to be there at the right moment, as the colours only lasted for a few minutes.

‘I joined flickr last April and I log on to it whenever I get internet access now. What attracts me most is the EXIF sharing feature which has allowed me to learn so much from others. There are also many flickr groups to cater for its vast community needs and I have made some good friends through it too.’ 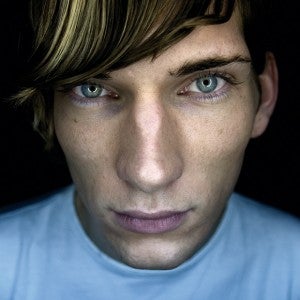 ‘I like direct shots into faces without expressions,’ says Matze.  This somehow gives the face more expression, in a strange but fantastic way. This picture was taken using ringflash, using an aperture of f/2.8 to achieve a shallow depth of field. I like Flickr because it’s international, and there are lots of inspiring people on here.’