The only way to appreciate Flickr though is to try it, and as with any user-friendly technology, it’s best to just dive right in. You don’t have to sign up for an account to do this. Point your web browser at www.flickr.com, and explore.

You can browse randomly, chronologically, or in a more targeted way. The choice is yours. Start with the lucky dip that is the Explore page. Flickr has its own word, ‘interestingness’ to describe pictures that have been viewed and commented on a lot, and by clicking the interestingness link you’ll be presented with a random selection that changes when you refresh the page or click ‘reload’. For a less haphazard way to browse try typing a search term, or ‘tag’, into the search bar and see what you get. The tag ‘jaguar’ brings up 22,466 photos, viewable by most relevant, most recent and most interesting. A click on a thumbnail reveals a larger version of the photo, along with other community members’ opinions of it, plus links to the photographer’s homepage where you’ll find yet more of that person’s work, and a self-penned profile of them.

One of the most focused ways to browse is through its groups. There are thousands of groups on Flickr, covering every conceivable interest or geographical area. Interested in UK landscapes? Key the words ‘British landcapes’ into the group search box and you’ll find numerous groups dedicated to this subject. You can be much more niche than that, though. While there are 7,017 groups dedicated to pictures of dogs, there are also 121 groups specifically about spaniels. Or you can look for groups focused on your own local area. 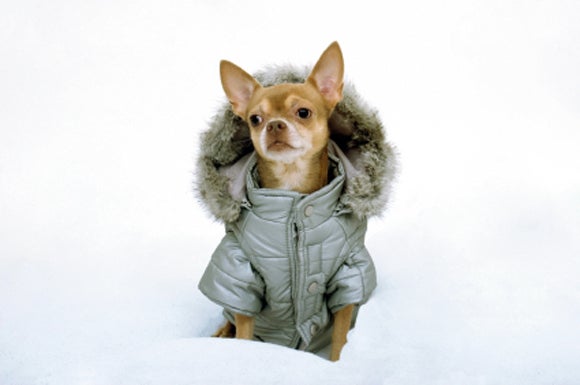 A search on Brighton returns 647 groups, of which the biggest has 732 members. Live in Darlington? Then you may be interested in the imaginatively titled ‘People’s Republic of Teeside’ group. Some groups use pictures as the basis for games or challenges, such as having to identify objects or places from abstract pictures, or photographing numbers in sequence.

Anyone can view the images in public groups, but to add images or comments you have to join that group. This is free and, in the case of public groups, a matter of a couple of clicks, though there are also many private groups, some of which you can only join by invitation and many others that you’ll never know exist because they don’t show anywhere on Flickr.
In the unlikely event that there isn’t a group to serve your particular interest you can easily create your own, and invite everyone to join – or not, if you want to make it private.

Joining up
Before you can start or join any groups, however, or add comments, you have to join Flickr itself. Setting up an account is easy – just follow the instructions on the site. Once you’ve set up your account you’ll be invited to write a profile about yourself. This can be as brief or verbose as you like, as you’ll see by looking at the profiles of others.

Then you can begin uploading your pictures. The quickest way is to use the Flickr Uploadr (available for both Mac and PC) which enables you to drag and drop images from your desktop and have them automatically re-sized and uploaded in batches – way faster than using the Web-based upload form. Either way, you can choose what resolution to upload at, add tags to make it easier for other people to find them, then arrange them into sets. You can add captions if you want to, and rename them. As you upload pictures from now on, you’ll be able to click on the Organise tab and drag and drop them into the sets you’ve created, or the groups that you have joined.

With a free membership you’re limited to 100MB of bandwidth a month and are allowed three photosets. Views are limited to the 200 most recently uploaded, and not at archive quality. Upgrading to the Pro Account for $24.95 a year (about £13.00), gives you unlimited bandwidth, storage and sets, plus full-res archiving and the facility to replace photos already posted.

Once you’ve signed up you can start joining groups and commenting on pictures. If you see a picture you like, you can click on the star in the corner and add it to your favourites page, where all such marked pictures appear as thumbnails which you can click on to view at any time.

One of the most fun things about flickr is reading the comments people have made about your photos, and it’s hard not to get a thrill when you find that someone has marked one as a favourite. The ultimate challenge is to get enough comments and favourites for your photo to make it into the ‘interestingness’ pages. 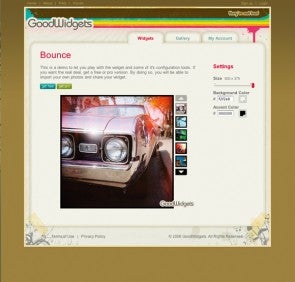 Such is the speed at which flickr works that you can often find that people have already left comments about your first photo while you’re still uploading your second and third. You can check your feedback via the ‘Recent Activity’ link in the drop down menu, which shows all the comments and Favourite marks you’ve received.

If all this functionality isn’t enough for you Flickr’s open API (application programming interface) enables software developers to write little software utilities to enhance your flickr experience still further – which they do in huge numbers. One of our favourites is the one that gives a ‘pop chart’ of the current most popular cameras used by flickrites, based on the EXIF data of uploaded photos. (Yes, we’re a bit sad like that!)

We could go on, but why not point your browser at www.flickr.com and find out for yourself? But do it when you’ve got plenty of time on your hands, because you’ll need it.