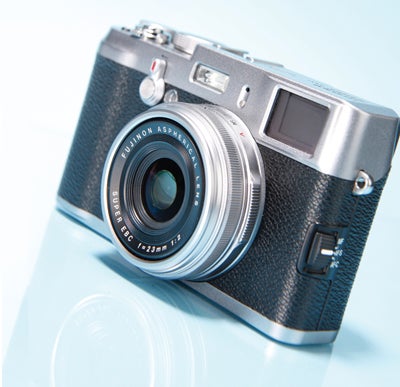 When
the X100 appeared, as if by magic, at 2010’s Photokina trade show we
were more than taken by surprise. But in a good way. At WDC we often
have an inkling of what’s in the pipeline, but Fuji had taken it upon
themselves to very secretively whip up a brand new high-end compact that
looked like it was born in the 1950s but was able to outperform
modern-day digital cameras.
The X100 embodies an innovative hybrid
viewfinder, an f/2.0 35mm (equiv.) fixed-focal-length lens and a
DSLR-sized 12.3MP APS-C sized sensor. It’s a street photographer’s dream
that’s glorious to use. But it’s the camera’s images that truly take it
to the next level. The X100 produces the best images of any compact
camera we’ve seen. Ever. Granted you’ll need to pay for the privilege,
but boy is it worth it. 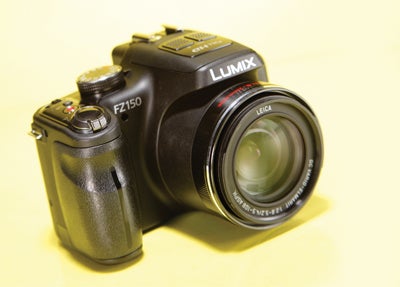 Although
Panasonic hasn’t reached the dizzying heights of the 35x zoom market,
the FZ150’s 24x optical zoom still covers an impressive 25-600mm and has
a sublime optical image stabilisation system. But what makes the FZ150 a
real winner is its souped-up focusing that leaves all other current
superzooms in the dust. It’s quick off the mark, and that’s an absolute
essential when dealing with distant subjects. It’s also possible to
shoot Raw files – something lacking from the majority of the competition
and another pointer that sets this super superzoom apart from the rest.