January is a great time to buy a camera, with many retailers offering fantastic deals and slashed prices. We show you how to make sure you pick up a bargain in the January sales

Choosing a camera: features to consider

Different people look for different things when buying a camera, but to WDC the image quality is the most important consideration. This is determined by three main factors:

Lens: The lens is what captures the scene before you and focuses it onto the sensor. If it’s a good lens it will do so with maximum brightness and sharpness, and minimum distortion. Almost all cameras now feature a zoom, so the field of view recorded by the camera can be altered to show either a wide view or crop in on a selected area.

Sensor: The sensor’s light-sensitive surface captures the light coming through the lens to form an image. It is comprised of a grid of millions of tiny light-sensitive pixels. A million pixels equals a megapixel, so a 12-megapixel camera has a sensor with 12 million pixels. As we explained earlier, the number of pixels is no longer the primary indicator of image quality. Rather, the design of the sensor and how it works with the lens and processor, are more important.

Processor: The processor is a mini computer in the camera that turns the ‘light map’ recorded by the sensor into a recognisable photo. It’s vitally important because the quality of the processing determines the speed at which a camera operates, the features it can offer and the colour, sharpness and accuracy of the final picture. 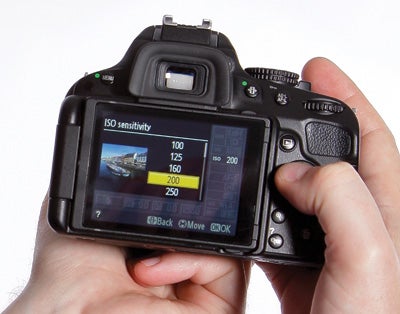 High ISO settings are useful for many situations such as parties, your child’s indoor gymnastics display or any low-light situation where you can’t use flash. Even when you can, a high ISO available-light shot is often better. It’s important not only to have the high ISO settings available but for the camera to deliver high quality images at these settings with minimal image noise. They do so with varying degees of success, and the only way to know which cameras are best in low light is to read our reviews. 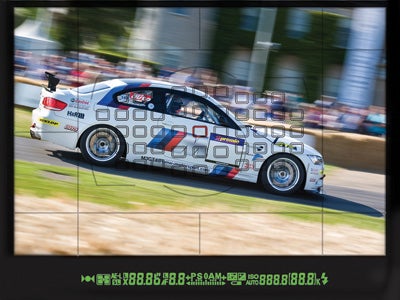 Many people, especially older users, struggle to use LCD screens, whether it’s because their eyesight isn’t great or because of reflections on the surface of the screen in bright light. A viewfinder solves this problem, but fewer and fewer compact cameras have them. Bridge or superzoom cameras (see page 14) usually have electronic viewfinders, as do some CSCs, while DSLRs feature big, bright optical viewfinders. 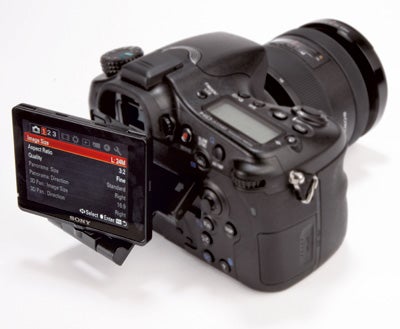 Some cameras have higher-resolution LCD screens for sharper images, while a few have adopted the generally superior OLED technology that can be viewed from a wide viewing angle, and consumes less battery power.

It’s fairly commonplace now for newer cameras to sport touchscreens, many of which are responsive and comprehensive enough that you can compose, adjust settings, focus and shoot without ever using anything but. 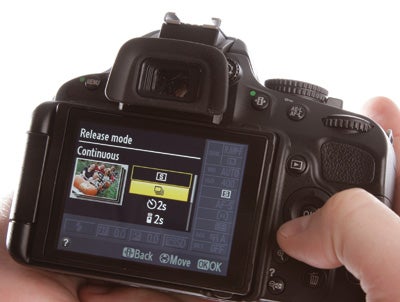 Most cameras can shoot fast bursts in continuous mode. While most compacts manage less than 2fps, some can shoot at over 10fps, though usually at lower resolution. Also, it’s little use having a fast burst speed if the camera’s AF can’t keep up with the subject or if the camera’s buffer (its short term data storage area) fills up after only a few shots. DSLRs generally perform better with action, with max burst rates ranging from 3-12fps at full resolution, bigger buffers and faster AF systems. 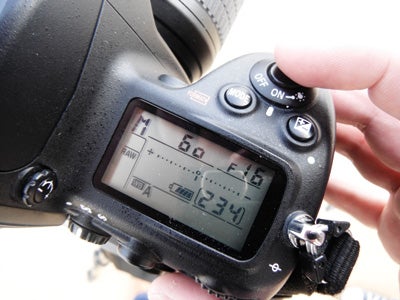 If you aspire to more than casual snaps and see photography as a hobby, you’ll want a camera that offers full creative control over the aperture and shutter speeds, as well as quick access to other key parameters such as ISO sensitivity. The ability to produce images with shallow depth of field is also a highly sought-after quality best achieved using cameras with larger sensors, such as DSLRs and some CSCs. 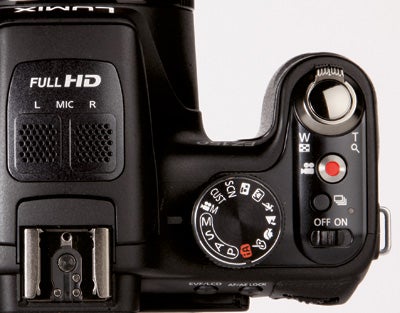 All digital cameras now have movie modes but not all offer the full 1920×1080 pixel HD – some have only the smaller 1280×720 pixel size, though confusingly this is also called HD. Some cameras record only mono sound while others have stereo, and a few have external microphone ports. Other considerations are the type of compression and file format used to store the clips and the frame rate, though these are less important factors to most casual shooters.

If you’re buying a compact decide how long a zoom you need. Longer zooms enable you to fill the frame with subjects that are further away – ideal for sports or nature wildlife – but the camera will be bigger and there’s greater risk of getting camera shake at the longer settings. If you want a long zoom then a decent image-stabilisation system is a must.

If you’re after an interchangeable-lens camera consider the lenses that you might want and check they’re available before buying the camera. Compact System Cameras are quite new and few have very extensive lens ranges yet, so check that any lenses you want are available or coming soon. With DSLRs you can save money by buying used lenses down the line, but CSCs are too new for there to be many around yet. On the other hand most CSC lenses have the benefit of being smaller than their DSLR counterparts.