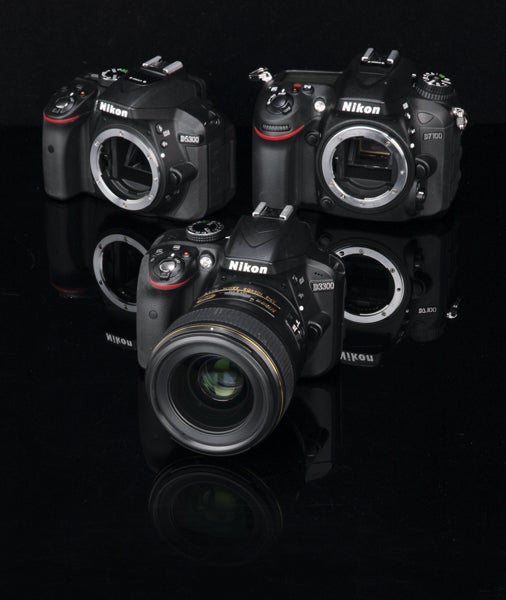 The Nikon D3300, D5300 and D7100 are all 24-million-pixel DSLRs capable of delivering equally impressive levels of detail from their APS-C-sized sensors.

Each model has an excellent set of features tailored for different photographers’ needs. For those who want a tilting screen and wireless connectivity, it’s the D5300 that gets the nod.

It costs around £120 more than the D3300, but it’s worth paying for the more sophisticated autofocus system and larger screen, and is better tailored for novices wanting to enhance their photographic ability quickly.

That said, it shouldn’t put off anyone from considering the D3300. This is one of the best-specified DSLRs that £500 can buy, and it will satisfy casual photographers’ needs without committing them to the outlay required for more advanced features that may just get overlooked.

If you’re undecided between the D5300 or D7100 and can stretch your budget to around £840, the D7100’s robust chassis, superior feel in the hand and top-line spec will satisfy the demands of most enthusiast photographers.

Features such as its 1.3x crop mode, wide AF coverage, larger battery and dual SD card slot make it a great match for advanced photographers or to those who feel their ability has outgrown their current entry-level model.

As we envisaged at the start of this test, budget plays a big role in which DSLR will be chosen. However, there’s no bad camera and they’re all excellent in their own right.