Nikon COOLPIX A vs. Fujifilm X100S

Nikon COOLPIX A vs. Fujifilm X100S – How they compare

Both cameras offer a decent amount of features overall, but the Fujifilm X100S has the edge here thanks to the Hybrid viewfinder. It makes composition much more pleasurable than holding at arms length, though we have to say that the Nikon Coolpix A has the bigger and better of the two rear displays.

Moving on to the optics and both models offer high-quality fixed focal-length lenses and the one you’ll take preference over will depend a lot on what you like to shoot. The Nikon Coolpix A, with its wider 28mm is more suited to landscape and architectural shooters who want to get more into the frame, while the slightly more narrower field-of-view offered by the Fujifilm X100S, and the slightly faster maximum aperture, mean it’ll lend itself to a broader range of subjects. That’s not forgetting the optional 28mm wideangle conversion lens available for the Fujifilm X100S, while the also optional lens hood also means 49mm filters can be attached for greater creative shooting.

Taking each camera’s form factor into consideration, and the Nikon Coolpix A is the more compact – as we’ve said, it’ll fit easily into a jacket pocket, so is great if you always want to travel with a high-quality camera by your side. The Fujifilm X100S is quite a bit bigger, but has the benefit of a built-in viewfinder, while the retro, rangefinder-inspired design is much more pleasing than the somewhat forgettable Nikon Coolpix A, with a design more in-keeping with a much more affordable compact, rather than its own asking price. 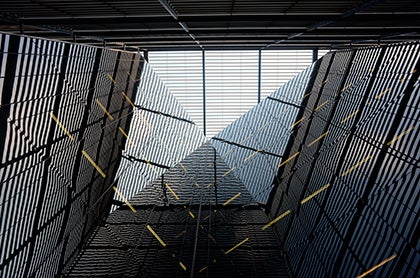 With both models featuring APS-C CMOS sensors, you’re not going to be disappointed with the results from either. Out of the two, and the Fujifilm X100S just nudges the Nikon Coolpix A when it comes to ultimate resolution, with the X-Trans CMOS sensor from Fujifilm showing why its become a favourite among professionals. It’s worth noting though that both cameras, with the loss of AA filters for improved detail, did suffer from moiré in some instances, such as our architectural shots on the previous pages. Overall though and both cameras deliver images comparable results to most DSLRs.

Of the two cameras, our choice would be the Fujifilm X100S. Don’t get us wrong, the Nikon Coolpix A does a lot of things very well, while the size and 28mm lens while see it be a natural pick for some, but it can’t quite match other overall performance, image quality and charm of the Fujifilm X100S.

When spending a four-figure sum on a compact, you want it to be a bit special, and next to the Fujifilm X100S, the Nikon Coolpix A just can’t compete, with its safe design treatment seeing it melt away into the background alongside the desirable-looking Fujifilm X100S.

It’s not just how it looks as the Fujifilm X100S eclipse the Nikon Coolpix A in other areas too. With the no-fuss, traditional hands-on controls, built-in viewfinder and intuitive controls, the Fujifilm X100S feels much more complete and more like a photographers camera than the Coolpix A manages to achieve, while the X-Trans CMOS sensor delivers stunning results.