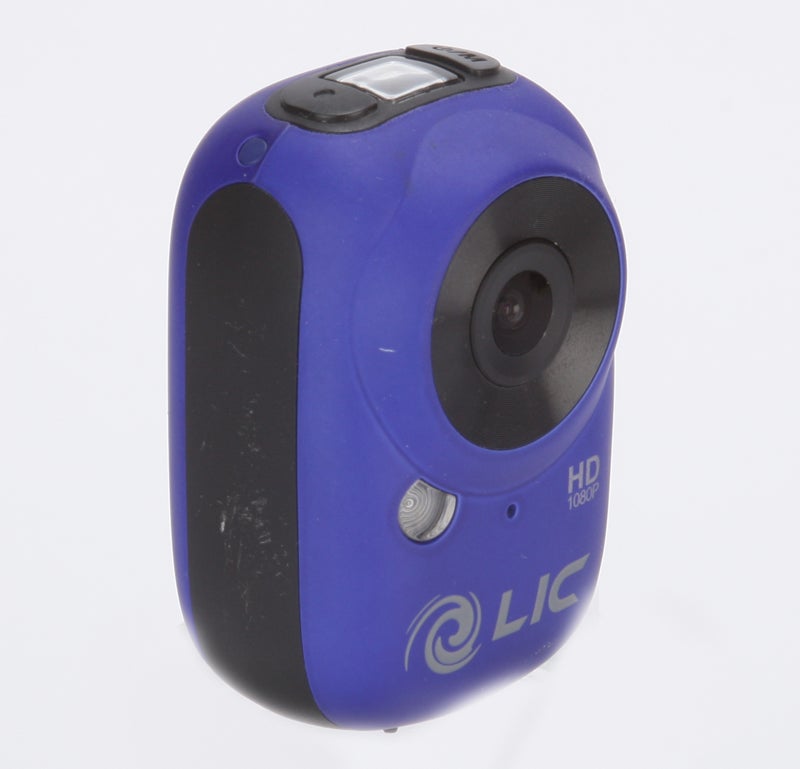 The Liquid Image Ego is the smallest, lightest and most affordable action cam in this test. Costing around £150 less than most of its rivals, its features a strong and robust build quality that’s water resistant and shockproof from 2m straight out of the box.

For full waterproofing to depths of 40m, an Ego Underwater housing is also available for as little as £20. With a 135-degree maximum field of view, the Ego’s video resolution at Full HD 1080p is limited to 30fps, but it does also support 60fps recording at lower 720p resolution.

The still image output produces a 4000×3000 pixel resolution, with control of white balance and contrast available via the app. Holding the shutter button for 2secs activates the cameras Wi-fi and although the app is fairly advanced in that it allows you to control all of the settings, there was a serious lag between camera and smartphone. 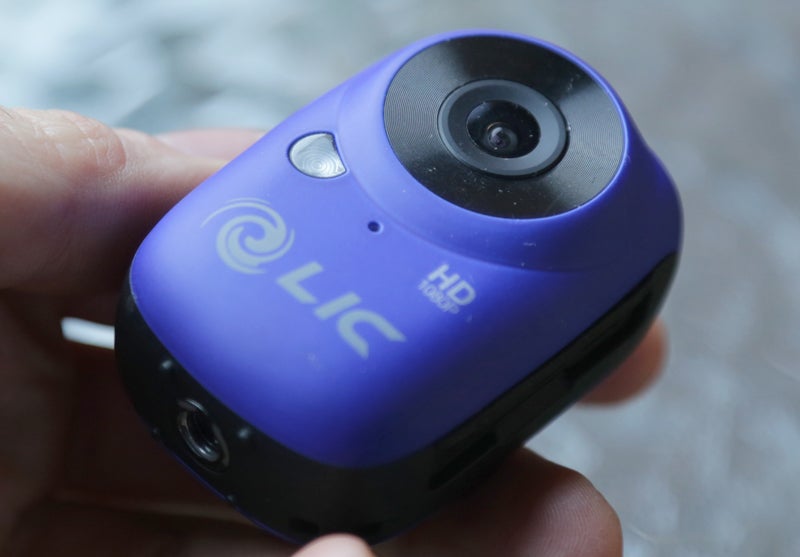 On the top of the Ego there’s an LCD display to refer to your settings, but in practical terms it’s far too small and not helped by fiddly to use buttons. The LED at the front of the camera flashes green when recording 1080p video footage and a 1/4” thread is supplied for mounting purposes.

Regrettably, on the day of testing the camera refused to switch on or operate despite being fully charged. All efforts to revive it had no effect, leaving us underwhelmed by its performance. 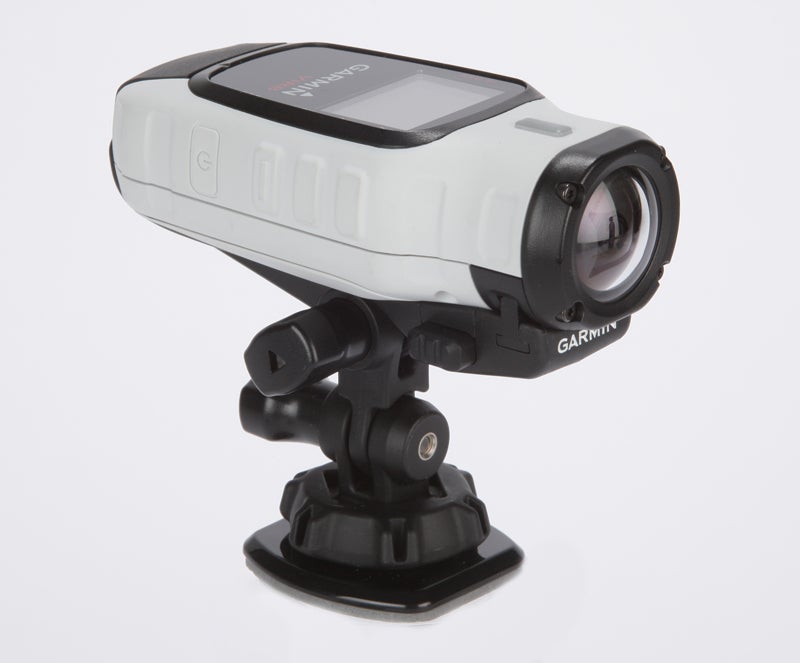 The Garmin VIRB Elite boasts a range of useful in-built features including GPS, an accelerometer and a barometric altimeter. Being the largest of the six it’s able to accommodate a 2000mAh lithium-ion battery that allows you to shoot for long periods.

Although we managed 2hours 43mins of continuous recording at 1080p before the battery required a recharge, it’s not entirely without fault. Each time you’d like to access the memory card the battery has to be pulled out – something that could have been made a lot easier had a memory card port been added at the side. 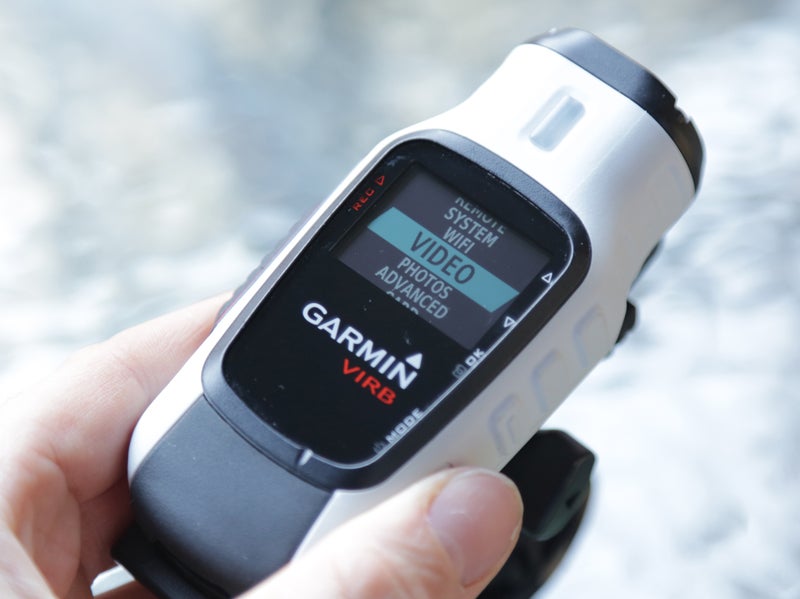 The 1.4in display is useful for composition purposes and navigating the menu, however it’s not backlit meaning it lacks the brightness and rich colour you’d expect. Capable of shooting Full HD 1080p footage at 30fps, 960p (30,48,60fps) and 720p (30,60fps) is also available.

Added to this, slow motion footage can be recorded and the 16MP sensor outputs still images with a high 4608×3456 pixel resolution. Connection to the Garmin VIRB app via Wi-fi was fast and provided great control of camera settings.

Unfortunately it doesn’t offer live streaming while you’re recording like the GoPro. The camera is robustly made, feels superb in the hand and is waterproof out of the box to a depth of 1m.

A dive case increases the waterproof rating to 50 meters, but it’s frustrating that it only allows you to control the movie-rec button when it’s attached and we experienced some issues with it fogging up after being submerged- the only housing on test to do so.

Pros – Waterproof straight out of the box; Large capacity battery 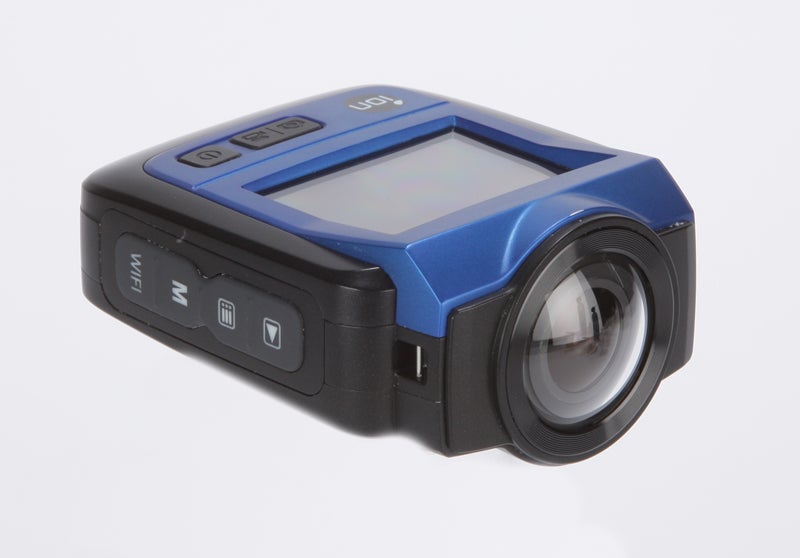 iON The Game weighs 145g and despite it having a construction that’s mainly made of plastic, it feels well made and robust. Submergible in water at depths of up to 3m without an additional housing, the design also allows it to tout a large 2.4in LCD colour display on the top.

This allows users to frame scenes more easily or review what’s recorded without relying on the iON camera app. 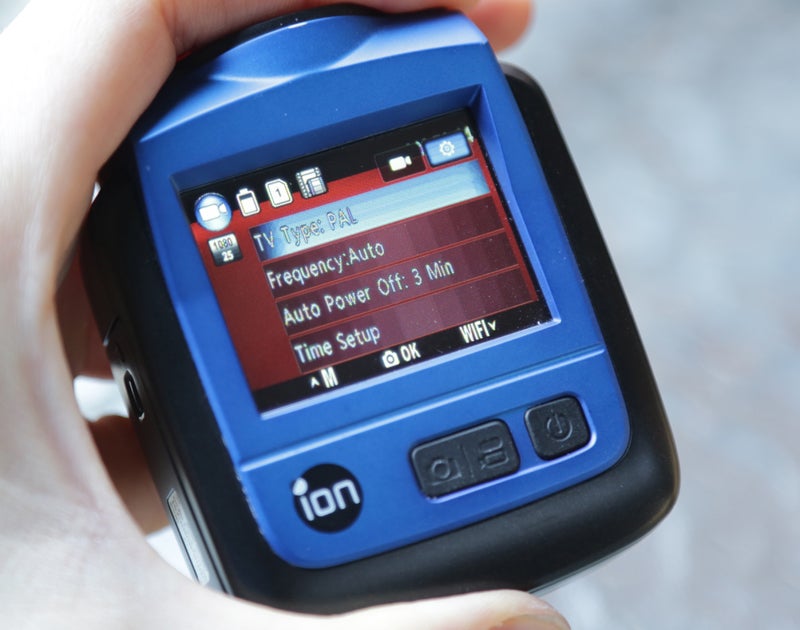 With seven buttons in total on the body, it’s neither the fastest to setup or most intuitive to use. Navigating the menu using so many buttons makes it feel more complicated to setup than those with less.

Operating and controlling the camera via the app is easier, though it wasn’t the fastest to connect via Wi-fi. The app provides good functionality with fast live video streaming.

Supplied with a number of adhesive mounts and a protective case, the camera body also supports a 1/4in thread and when tested against the stopwatch, the battery lasted for 2hr 10mins while recording 1080p footage with Wi-fi enabled before it ran out.

Cons – Too many buttons; Not the most intuitive to use