The new iPhone 5 has the best camera in an iPhone yet. We review it up against its acclaimed predecessor

£529.00
What’s all the hullaballo, it’s only a phone, right? Well yes, but the Apple iPhone 5 is no ordinary phone, it’s the latest incarnation of what’s widely regarded as the best smartphone on the market, and the overwhelming phone of choice among photographers. (Although it only accounts for 18.8% of the global market, for example, two out of the top three most popular cameras on Flickr are iPhones.) 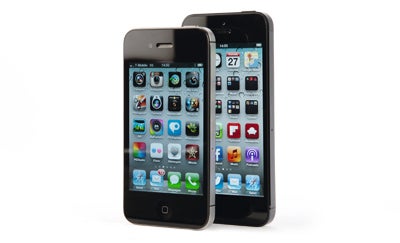 The iPhone 5 improves upon the 4s in almost every way. First the obvious – the phone has retained the same width but stretched in length to accommodate a 4in screen with a 16:9 ratio (from a 3.5in 4:3 ratio). Although it has the same resolution (326ppi) the screen appears sharper and more saturated thanks to changes in the design which have enabled the layer of touch-sensitive electrodes that previously sat above the pixels to be built into the pixels themselves.

As well as boosting the screen’s clarity this has also helped make the phone thinner – just 7.6mm – while the switch from a glass back and steel frame to an anodised aluminium casing has trimmed the weight from 140g to 112g, despite its larger size – a difference that feels greater in the hand than it seems on paper.