What Digital Camera reviews the Nikon AF-S 35mm f/1.4G to find out if it's worth the high asking price

£1,385.00
Some lenses epitomise the lens-maker’s craft because they are able to combine truly special sets of features. Many of these lenses have very long or short focal lengths but in the mid-range it is the ultra-fast lenses that tend to capture the imagination. Nikon’s full-frame 35mm f/1.4 prime lens is one such object of desire.

At the outset it has to be recognised that this is a very expensive lens; it is also fairly weighty and somewhat bulky. But all three of these things are understandable on account of the exceptionally fast aperture that is on offer.

It is hard to appreciate the true benefits of a fast aperture until you have used one. The viewfinder image is bright and detailed, focusing is fast, optical quality is excellent for all commonly used aperture settings and there is enormous potential for using a narrow depth-of-field to isolate just one part of the picture. 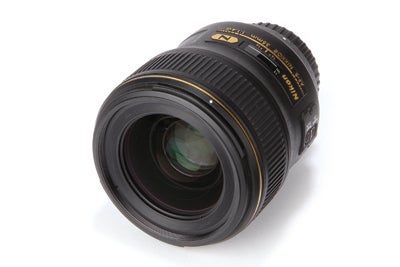 In addition, the fact that fast-aperture lenses tend to place high demands on manufacturing tolerances means their overall construction quality tends to be high. In the case of Nikon’s
35mm f/1.4 G-series prime optic, the lens benefits from a magnesium body and weather-sealing to prevent the ingress of dust, dirt and moisture.

Being a prime lens, there’s only one collar and that is to provide manual input for focusing when necessary. The AF drive, which acts on the rear elements, is quick, virtually silent and very reliable: the manual-focusing collar remains undisturbed in AF mode but can be used at any time for manual intervention. Meanwhile, a focus-mode slider switch sits behind the collar and is within easy reach of the user’s left thumb.

A petal-type lens hood is included, together with a carrying pouch, and the hood is sufficiently compact to be left on the lens in the deployed position. It would be nice if the hood were metal rather than plastic but that may be more of a personal preference than a genuine need.
Internally, one of the elements has an aspherical profile for better image correction and the lens also benefits from Nikon’s Nano Crystal Coating for improved image clarity. The aperture is controlled via a nine-blade mechanism that is said to provide enhanced bokeh (the smoothness of out-of-focus areas in a picture).

Technical testing reveals a very strong MTF curve that dips below the critical 0.25 cycles-per-pixel threshold only at maximum aperture. It could be said this is a serious failing given that people will be buying this lens specifically for its maximum aperture but the lens is unlikely to be used frequently at that setting. Stopping down just to f/2 immediately brings the lens into the realm of ideal performance and from f/4 to f/16 (the minimum aperture provided) the MTF figures remain above 0.3 cycles-per-pixel.

There is no sign of visible image distortion and only the very slightest hint of chromatic aberration can be detected when the most demanding images are inspected as harshly as possible.

In short, this is a highly corrected lens that is likely to satisfy even the most discerning users. Nikon users whose pockets are less deep can choose between the 35mm f/1.8 DX lens, for around £160, and the 35mm f/2 D version for about £260. But to those for whom quality is everything, the
full-frame 35mm f/1.4G will doubtless give many years of high-quality service.