We all love a bargain, but can a portrait lens that costs just £136 really be worth having in your camera bag? Damien Demolder finds out

The relationship between the upward progress of lens pricing and the size of the steps in quality we acquire as we spend is inversely proportional. The main bulk of metal and glass arranged neatly in a barrel doesn’t need to cost very much at all, but the little refinements that do away with aberrations and add resolution are the elements that cost all the money. An extra 1⁄2 stop can increase a price by 200%, while a little less fringing can cost us twice that of a lens with glowing edges. On the whole, it is these little extras that make the difference between an excellent lens and one that is just serviceable.

The lens on test here comes from a Chinese company called Changchun Kaili Optronics Co, which produces infrared thermal imaging equipment, car-reversing video systems and lenses used in industry – as well as lenses for digital cameras. This 85mm f/1.8 lens is one of seven SLR lenses on the UK distributor’s web page, including mirror lenses, fisheyes and a 420-800mm f/8.3-16 telephoto zoom lens for £105.99. We are not looking at serious pieces of kit to which we’d compare Zeiss optics, but sometimes lenses such as these, and the C-mount CCTV lenses that fit so easily to micro four thirds bodies, can produce striking effects.

Images: Used wide open, the lens lacks sharpness. Things improve by f/4.5 and f/6, but drop off again by f/10. Sharpness isn’t really reached, due to the influence of dispersion

The Kaili Kelda 85mm f/1.8 lens is a manual-focus unit that is fitted, for now at least, for Canon EOS APS-C cameras, although no contacts are in place to transmit aperture value information. Metering comes via a stop-down approach by which we turn the aperture ring and physically close the iris before shooting. That the lens is constructed using six elements in six groups tells us that this is a relatively simple device, and completing the ominous trio of sixes is the number of blades used in the iris.

Available apertures run in a rather uneven collection of steps from f/1.8 to f/22, via f/2.5, f/3.5, f/4.5, f/6, f/10, and then a massive gap to the fully closed position. The steps suggest the lens was originally designed for something other than use on a DSLR.

A pair of threads surround the forward end of the barrel – one on the outer to accommodate the supplied screw-on lens hood, and one on the inner to attach accessories. The size of the inner thread isn’t mentioned anywhere, but I managed to squeeze a 58mm lens cap into it. The cap on the hood is marked 72mm.

Although the lens is marketed as being suitable only for APS-C cameras, the angle of view is listed as being 28.3° – which is what we’d expect from an 85mm on a full-frame camera.

I think it is fair to say that this lens has been put together with little regard for the niceties of life. It is solidly built with real metal and thick glass, and weighs a somewhat front-heavy 300g for its 55 x 63mm dimensions. The focus ring is covered in a heavily ribbed rubber that makes an excellent grip, and the aperture ring is all metal and equipped with a finer-toothed texture. The lens is dense and feels quite industrial, the way lenses felt a few decades ago. In a Leica lens, we might associate this weight as a sign of quality, but in this Kelda the lack of balance makes the weight feel crude and brutal.

In use, the focusing is smooth when the lens is aimed downwards, but there’s a dry, frictional drag when held at any other angle. The aperture ring is a tad stiff, and requires some force to get it from one click stop to another and momentum to get across the range. I was disappointed with the close focusing distance of just 85mm, but note that Canon’s equivalent lens has the identical property.
I had some trouble mounting this lens on the camera at first. I was a little surprised to find that the bulky metal mount is actually not EF-S, or APS-C only, as described, and that the lens fits equally awkwardly to full-frame EOS bodies.

Focusing is fine when the lens is used wide open, but once a smaller aperture is selected the view through optical viewfinders becomes progressively darker, until quite difficult at f/10. 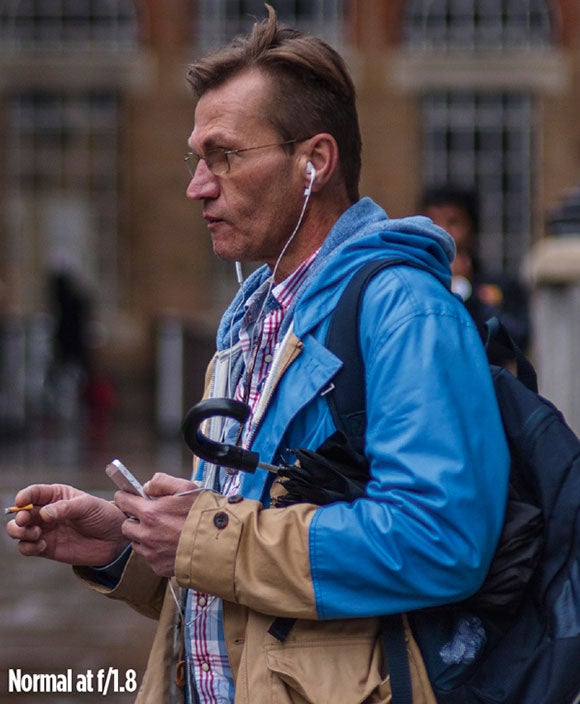 Image: Shot using an APS-C camera, this shows the effect of increased magnification – a lack of fine detail and greater influence from chromatic aberration

The most striking characteristic of this lens is its chromatic aberration. At f/1.8, a vivid blue river snakes its way around any high-contrast edge. This fringe becomes less dominating as the aperture closes, but it never goes away and its shadow can be seen in blue channel conversions all the way to f/22. While green and red-channel black & white conversions are OK, the out-of-register landing position of shorter wavelengths has a damaging effect on sharpness, even in monochrome. Nothing can appear sharp and clear when we are seeing a double image. Things are worse in high-contrast conditions, but even in soft indirect window light the effects can be felt. Of course, when used in crop-factor mode on an APS-C camera, these brightly coloured edges are magnified and made worse, but they are still a factor in images shot on full-frame sensors.

Vignetting doesn’t appear to be an issue with this lens, but I found the coatings applied were insufficient protection against internal reflections, and a light patch of flare is a feature in many images. This could be optimised for romantic effect, but its position and behaviour need to be examined to become predictable.

It is easy to see here the progress of resolution as the aperture starts from wide open, cleans up a little as the aperture closes, and then slumps again at f/22. If there were a click stop between f/4.5 and f/6, that would be where you’d get the better performance, but nowhere is it good. 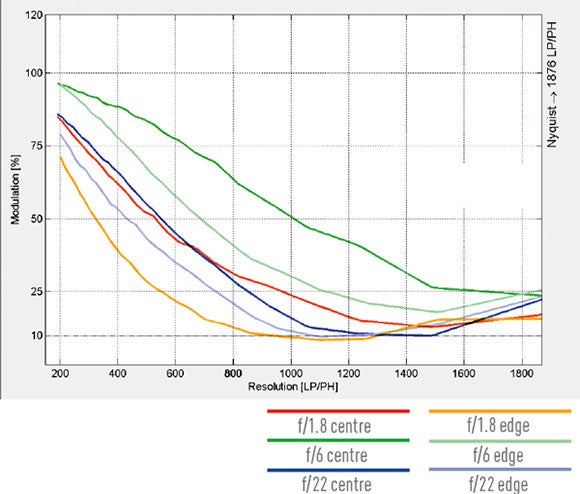 The relatively flat profile of the shading charts suggests that vignetting is unlikely to be a serious problem when working with this lens. In my experience, corner darkening did not come forward as a problem, even with a full-frame camera, but patches of flare were responsible for areas of low contrast and undue lightness. 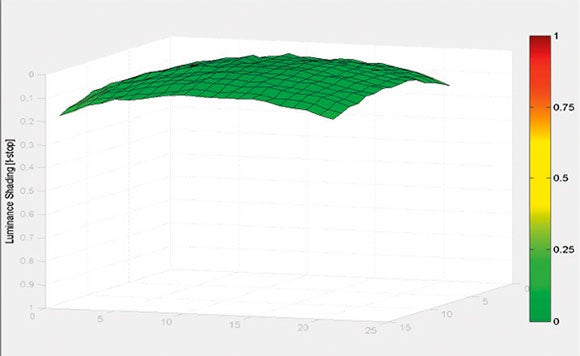 Short telephoto lenses are usually very well-corrected for distortion, and the Kelda is no exception. There’s only the barest amount of barrel distortion in our test chart shots, giving slight bowing of straight lines at the edges. But it will rarely if ever be visible in normal shooting. 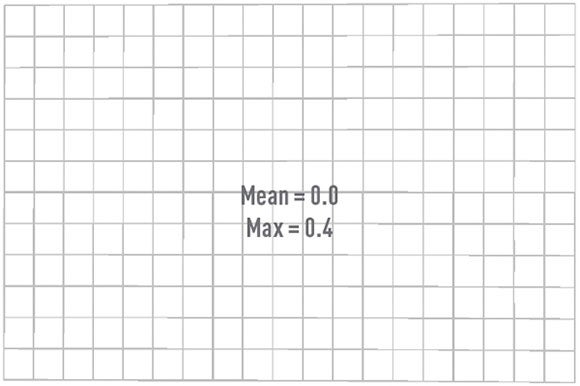 I have a collection of lenses that I enjoy for the effects they produce. When harnessed, their faults and foibles can be used in a creative way. I don’t mind a bit of vignetting to draw the eye to the middle of the frame, flare, or spherical swirling in the corners. I rarely have need of chromatic break-up, though. This Kaili Kelda lens is an expert in dividing colours and, as such, it drops off my list of fun lenses. I don’t think this lens is being sold as a fun lens, though, but rather as a bargain for the combination of focal length and nice wide aperture. Unfortunately, it fails to deliver the magic, either as a creative excitement or as a serious piece of kit. It is too close to its industrial roots, where the requirements of its delivery may well have been less demanding in monitoring than they are when recording for detail, clarity and resolution. As such, it falls between two stools – and leaves quite a dent in the floor.