Carl Zeiss’s Touit lenses are available in two variants to suit Fujifilm X-series and Sony NEX cameras respectively. The Distagon 12mm f/2.8 prime is the shortest focal-length currently available in the range and offers a 99-degree angle of view that provides the same coverage as an 18mm lens on a full-frame camera.

First impressions are exceptionally good: the box that contains the lens is sturdy and custom-fitted for the prime and its matching lens hood. The only disappointment was the lack of a carrying pouch to protect the lens from dust and minor knocks when it is not in use.

The focussing ring does not have any end-stops and at first glance it would be easy to criticise Zeiss for not providing a focussing scale with depth-of-field markings on the lens barrel but in fact a focussed-distance scale is displayed in the viewfinder of Fujifilm X-series cameras.

Admittedly it is only visible in MF mode but the read-out is exceptionally clear, with a red index on a blue scale overlaid with the prevailing depth-of-field in white. When the aperture is set to f/8, for example, the depth-of-field scale reveals that everything from 2.0m to infinity can be recorded as visibly sharp by setting the lens to the corresponding hyperfocal distance.

The aperture ring has clicks at one-third F-stop values and requires a longer twist to move from f/22 to the A (automatic aperture) setting but there is no lock to fix the ring in that position. As a result, it is possible to find yourself taking pictures at f/22 or another small aperture unintentionally because the ring has been dislodged away from its A setting.

The same problem also affects the exposure compensation dial on the Fujifilm X-E1 camera body and these two issues in combination resulted in one or two pictures initially being taken at inappropriate settings during field testing.

As is often the case, the lens hood can be reversed for storage but, less typically, in this position it still allows the lens to be used with only a minor hindrance to both rings. Of course for best results the hood should always be fitted forward-facing but there will sometimes be occasions when an unexpected scene presents itself very briefly and needs a rapid response.

The hood is formed of a semi-rigid plastic but feels as if it might have been sturdier if it had been fabricated from metal. That said, the overall mass of the lens-and-hood is sufficient to inspire confidence but not so much as to become burdensome so there may be a case for saying that Zeiss’s decision to use plastic for the hood was indeed the correct choice. 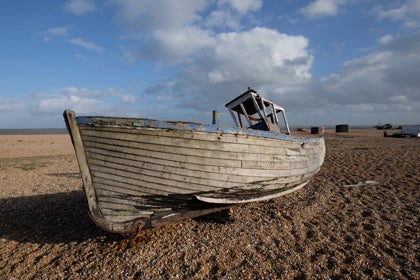 Technical testing produced some very impressive results. Not only did the MTF figures remain high right across the aperture range and into the corners of the frame but also there was no visible sign of chromatic aberration even on high-contrast targets.

Although Zeiss’s own data reveal marginal non-linear rendering under some conditions, visual inspection (including magnified screen viewing) showed that distortion was absent in all real-world test images.

Inevitably when the Carl Zeiss name is mentioned, and especially given the quality of results recorded here, it is natural to assume that the Distagon 12mm f/2.8 T* prime is bound to be a very costly bundle of glass. Prices vary but are generally around £900 online, which is indeed a hefty sum for a wide-angle prime lens although it isn't too far away from the norm. There can be no doubt that this is a very impressive prime that ought to satisfy even the most demanding users.