The design of the Alpha 65 follows that of the A77, with a sleek, low-slung design that appears squatter than its rivals, thanks in part to the EVF instead of the more traditional optical equivalent. Proportionally, it’s a touch smaller all round when compared to the A77 and is a comparable size to its closest competition – the Canon EOS 600D and Nikon D5100. 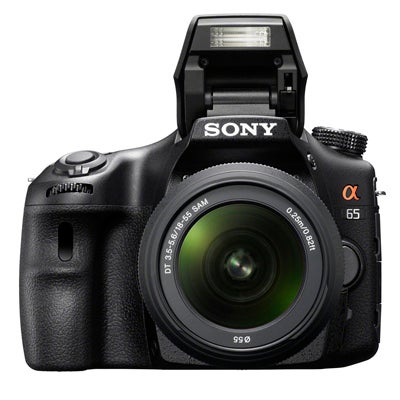 While the A77 benefited from a magnesium body, the A65 has an all-plastic body shell. This is in line with its rivals, and with the rubberised grip that coats the sculptured handgrip, it still feels very solid in the hand. 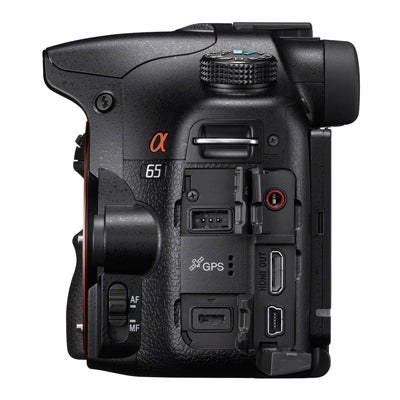 Button placement and controls also differ from the A77. Most notably is the absence of an LCD top plate display, which is typical for a camera of this class. The AF assist lamp is also missing, with the built-in flash taking over those duties. While the A77 also had two command dials – one of the front and at the rear, the A65 makes do with a single one at the front. The multi-directional joystick has also been left off the A65, with a more traditional 4-way D-Pad employed instead. This allows direct access to the drive mode, white balance, the display overlay and the plethora of Picture Effects on offer. There are also dedicated buttons for ISO, exposure compensation, the Smart Teleconverter, movie recording and exposure lock. If you need to alter a broader range of settings, then the Function (Fn) button allows you to alter a host of settings on the rear screen.