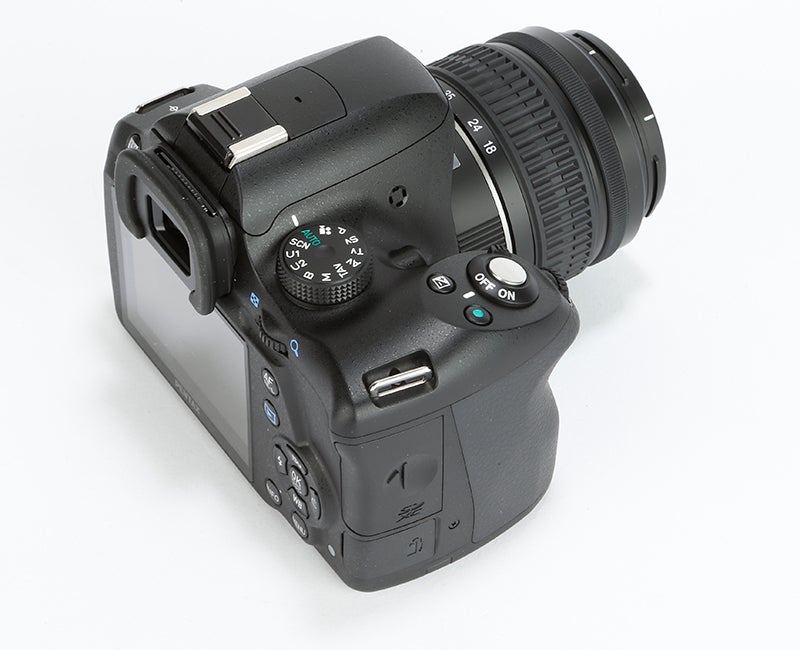 While the Pentax K-500’s AF performance is fast, zipping quickly between near and far subjects with ease on most occasions, only really struggling in low contrast situations, I have a couple of issues with it.

The first is the noise of the AF in operation. Compared to the whisper-quiet AF experienced from both the EOS 600D and D3200, the K-500’s AF is an orchestra of whirrs and buzzes as AF is acquired with the supplied 18-55mm f/3.5-5.6 kit lens. It’s a shame to see Pentax omitting their SDM (Supersonic Direct-drive Motor) from the bundled lens when rivals include it on theirs, detracting from the shooting experience.

Another point that irritates with the AF is the fact that the active AF point is invisible in the viewfinder. While its not going to be an issue if you’re using the broad 5 or 11-point auto AF options, when you want to specifically select an AF point, it becomes quite an annoyance.

While the K-500 may show you the active AF point on the rear screen, that’s of little comfort when you’ve got the camera raised to you eye, and even if you know which AF point is active, its still hard to be 100% sure when that AF point precisely is in the viewfinder.Frustrating stuff, especially when looking at the spec, the K-500 should be running rings around the competition in this area. 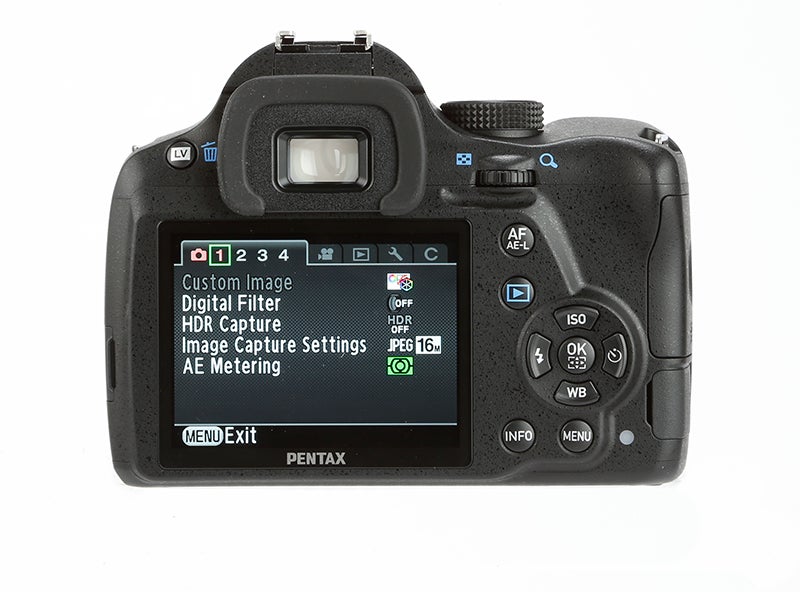 I have to say though that the Pentax K-500’s viewfinder itself is lovely and clear, and fair from tunnel like which some pentamirror-based DSLRs can suffer from, while the rear display, though relatively reflective, has good contrast.

The K-500’s sensor-shift image stabilisation system works well, and while sharp shots will still depend a lot on technique, there’s no reason to doubt the effectiveness of the 3 stop advantage quoted.

There are some nice touches too. If you’re shooting in JPEG there’s the ability to save a Raw file once you’ve taken the shot, with the data retrieved from the camera’s buffer, while if you’re shooting Raw and JPEG you get the choice if you delete an image with you keep the Raw or JPEG file.

The Pentax K-500’s graphical menu interface does feel a little dated compared to rivals – the menu looks tired, with simple white text against a simple background, while the shooting info display uses a rather bright default colour palette (though there’s a wide choice of alternative colour combinations) with large lettering. Though relatively easy to navigate, it could do with some refining.

It’s quite a luxury having dual control dials and depending on what mode you’re shooting in, the secondary dial can be programmed to adjust a host of settings depending on your preference.

As we’ve mentioned, there are quick access controls round the dial for ISO, Drive, White Balance and Flash, hitting the Info button also brings up a Quick menu of other controls such as metering, AF active area and highlight correction modes.