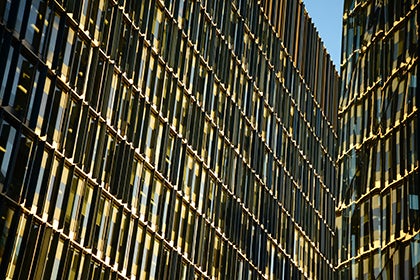 As with the D600, we found the camera’s Auto White Balance performed very well, and was well-judged in most scenarios. As we’ve seen with other recent Nikon DSLRs, there’s also an Auto 2 mode designed to maintain warm lighting colour under artificial light should you want to retain the mood of the scene, rather than a more neutral result.

If we’re being picky, we’d have liked to have seen a similar feature that’s provided by the D800 whereby the camera’s metering automatically detects and prioritises the exposure of a face in a backlit scene while we did find on the odd occasion that it was necessary to dial in -0.3 – -0.7EV to retain highlight detail in relatively contrasty scenarios. That said, the D610’s metering performance is still very strong.

While there’s still an AA filter used by the D610, the level of detail achievable from the 24.3MP full frame sensor is still very impressive. Looking at results from our resolution test chart and Raw files at the base ISO of 50 sees the sensor resolve down to 32lpmm (lines per mm). While it can’t quite match the 36lpmm achieved by the D800, its still very impressive and edges out its closest rival, the 20.2MP Canon EOS 6D, which resolves down to a 30lpmm.

Both Raw and JPEG files at lower sensitivities display smooth and detailed results with no noise visible to detract from the final result. Its only at ISO 3200 that image noise becomes apparent, with subtle luminance and colour noise beginning to creep into the image, becoming a little more pronounced at ISO 6400, though still more than useable.

While in-camera processing can be an issue at higher sensitivities, resulting in a waxy look, the D610’s JPEG files hold up very well. This is thanks to fairly light processing processing being applied that sees detail holding up relatively well, though for best results we’d recommend shooting Raw and send a little time in post-processing to achieve the better result.