£5,200.00
It’s fair to say the Nikon D4 was one of the most impressive DSLRs ever made, delivering almost everything that the professional photographer could need.

The Nikon D4S is to the D4 what the Nikon D3S was to the D3 – namely an update that takes all of the best features from its predecessor, while building upon those which are placed at a premium from professional photographers.

With that being said, there’s not a great deal of difference between the pair, and at a list price of nearly £5,200 the D4S represents a serious investment even for professional photographers who make a living from their camera.

Watch Our First Look Video of the Nikon D4S

If you’re a professional sports photographer, the performance of your camera when shooting at high speeds is always going to be an area of focus.

The is something Nikon is clearly aware of as the D4S features improvement with regards to its continuous shooting speed. The model is now capable of shooting up to 11fps with both metering and continuous AF enabled.

The continuous shooting speed is up from the 10fps maximum speed of the D4, although it’s worth nothing that it’s still 1fps behind that of the Canon EOS 1D X.

What’s perhaps more impressive is the camera’s processing power. The D4S has the processing power to maintain the 11fps shooting rate for up to 104 14-bit Raw images or 200 fine large JPEG files when shooting with an XQD memory card. 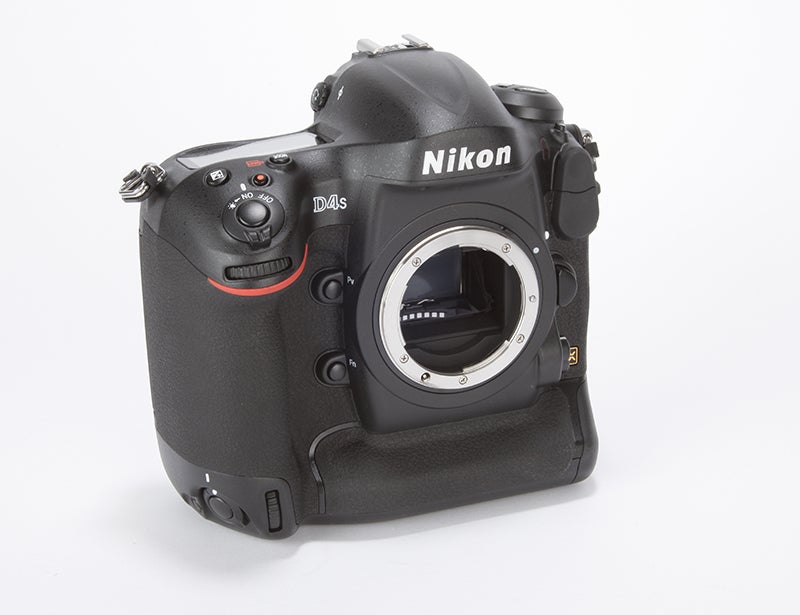 It’s not like the D4S compromises on image size to reach these speeds and burst depth either, as the model inherits the same 16.2MP full frame CMOS sensor as found in the D4.

The sensor features an increased base ISO range of 100-25,600, with a new ‘Hi4’ extended ISO setting of a quite staggering ISO 409,600 – one that will essentially allow you to shoot in near total darkness.

This increase in ISO range, as well as the aforementioned boost in capture speed, is facilitated by the introduction of Nikon’s latest Expeed 4 image processor – one which the manufacturer claims offers speeds around 30% faster than its predecessor.

Another welcome improvement for professional photographers concerns the camera’s battery life. A new EN-EL18a battery takes the place of the D4’s EN-EL14, and with it comes an increase in battery life from 2,600 shots up to 3,020, an improvement that could make the difference between capturing the award winning shot and missing it.

Although the D4S doesn’t feature built-in Wi-fi connectivity – a feature not commonly included in a professional DSLR – it can be added through the option Nikon WT-5 wireless connector.

The D4S does feature a new super-fast 1000 Base-T Gigabit Ethernet socket to allow for fast transfer of images straight from the camera back to press offices. 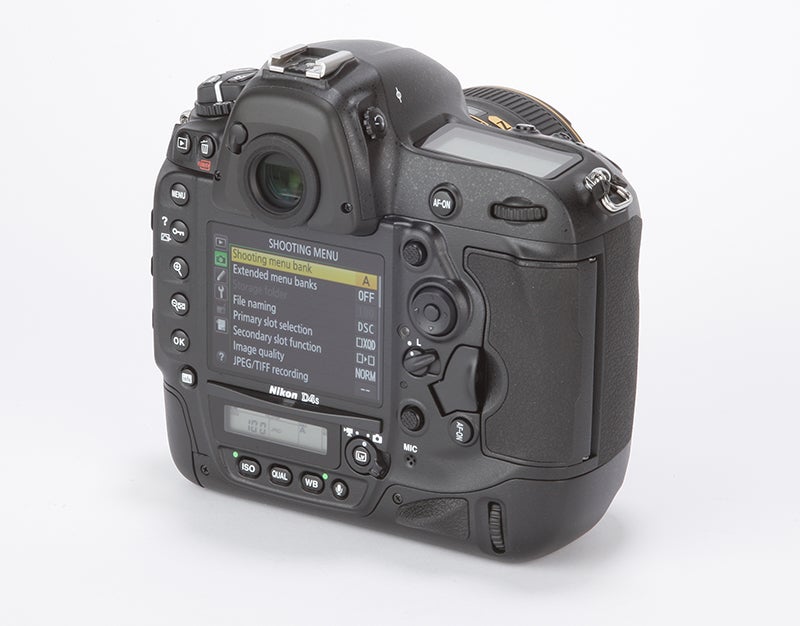 On the rear of the camera things remain much the same as on the Nikon D4, with the model featuring the same 3.2in, 921k-dot LCD screen, although it does now feature auto brightness adjustment when it’s required.

The D4S’s video capture, however, has been substantially improved to bring it in line with some of the better DSLRs on the market.

The model now offers 1920 x 1080 video capture at both 60 and 50p frame rates, as well as the 30, 25 and 24p seen on the Nikon D4. As before, the D4S also facilitates separate audio recording through an external stereo microphone socket.