Back in 2003 Canon pretty much single-handedly kick-started the DSLR consumer market into life with the launch of the EOS 300D. It was the first truly affordable DSLR, and its 6.3MP APS-C CMOS sensor was considered cutting edge at the time. Since then, Canon has evolved its triple-digit, mid-level DSLR range with annual updates to the range, with each new model generally sporting a richer feature set and improved performance over its predecessor.

Add some competitive pricing to this and its little wonder that Canon’s triple-digit DSLR range has been so successful, with models from the range regularly topping the best-seller lists and collecting awards. The (now discontinued) EOS 550D that the EOS 600D replaced was an incredibly well rounded camera in its own right, so how much better is the Canon EOS 600D?

Well, at first glance you might be forgiven for thinking that the two models are almost exactly alike. And that’s because, internally at least, very little was changed or tinkered with. For example, both the 550D and the 600D use an 18MP CMOS sensor. Canon claims that the two chips are not identical though. In addition the ISO range also remains the same, from 100-6400, while it can be expanded further, to an ISO equivalent of 12,800 at its ‘H’ setting. 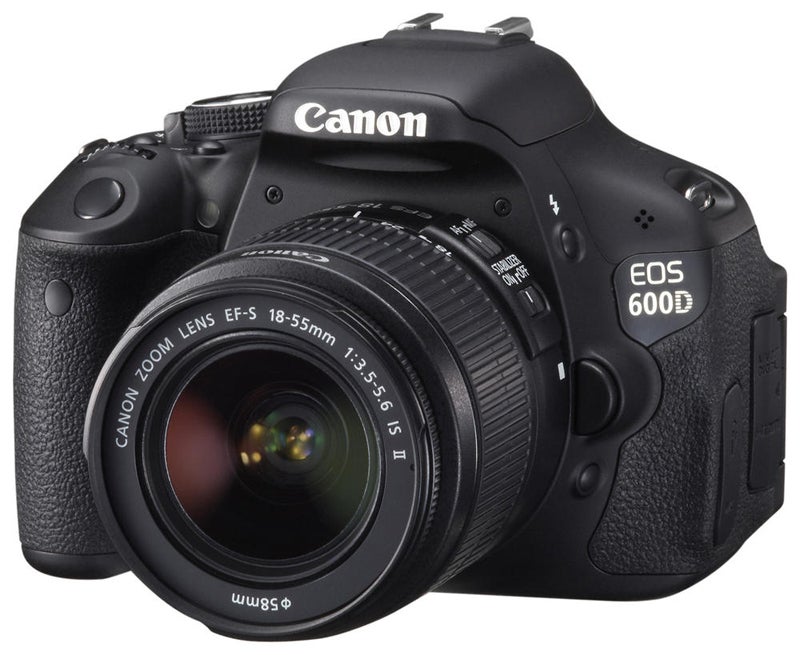 The DIGIC IV image processor that’s used in a host of other Canon DSLRs allows you to capture 14-bit Raw files and offers a burst rate of 3.7fps (no improvement over the 550D), with the same 63-zone iFCL metering system (first seen in the 7D) and 9-point AF system (with the central AF point cross-type) also being recycled from the 550D.

While the Canon EOS 600D may share a great deal of DNA with the 550D (and 60D for that matter), there have been some changes, with the most obvious being the rear screen. The 3in screen used by the 550D was excellent thanks to the 3:2 aspect ratio used and a screen resolution of 1040k-dots. That remains the same, but it now offers tilt and swivel positioning, just like the 60D’s vari-angle screen. It can be swung out from the body by 180° and rotated 270°, allowing it to be positioned for a range of shooting angles during Live View or video recording. On that subject, the Canon EOS 600D can record full HD video at 1080P with a choice of 30, 25 and 24fps capture. 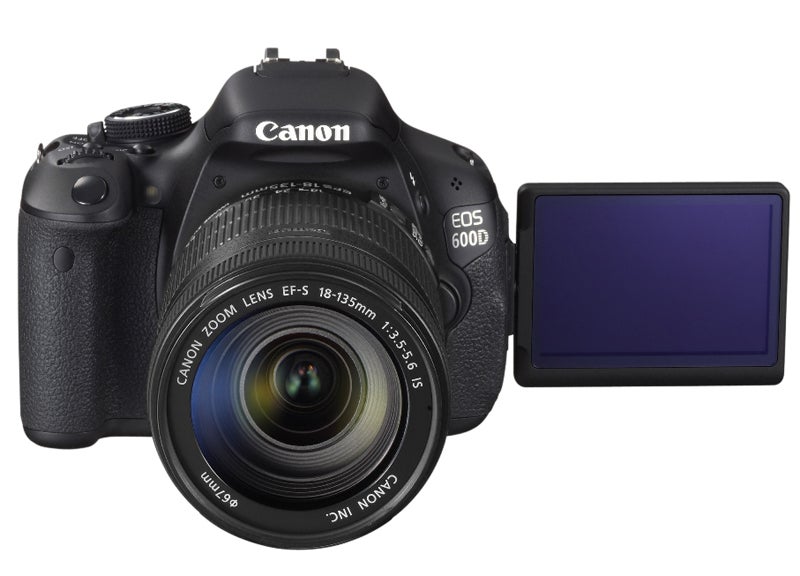 You’re not restricted to shooting in the EOS 600D’s native 3:2 aspect ratio either, as it can also be set at 4:3, 16:9 and 1:1, though a little of the resolution is sacrificed due to the crop being applied. You also get a Scene Intelligent Auto mode replacing the ‘green square’ Auto mode that’s been on a long line of Canon DSLRs, with this new mode setting AF, brightness, flash and colour tone according to the scene.

If you’ve got yourself a compatible flashgun as well, then you can now use the Canon EOS 600D’s built-in flash to trigger and control it wireless for a host of potential lighting techniques and is a welcome inclusion on a camera of this class.