£2,999.00
When the original Canon EOS 5D was launched way back in 2005, it was the first DSLR to offer a full-frame sensor at a relatively affordable price and soon became a hit with enthusiasts and professionals. The 5D MkII followed this in 2008 – another landmark camera thanks to its incredible 21MP chip and high-end full HD video capture. This not only made it a hit with photographers, but videographers as well, who loved the cinematic video recording that the 5D MkII was capable off.

Four years on and we now have the arrival of the third generation of the 5D series, the Canon EOS 5D Mark III. With this new camera, Canon says they’ve listened to feedback from existing users and claim to have improved performance in every area. There are naturally high expectations for the Canon EOS 5D MkIII, especially with its pedigree. Has it been worth the wait? 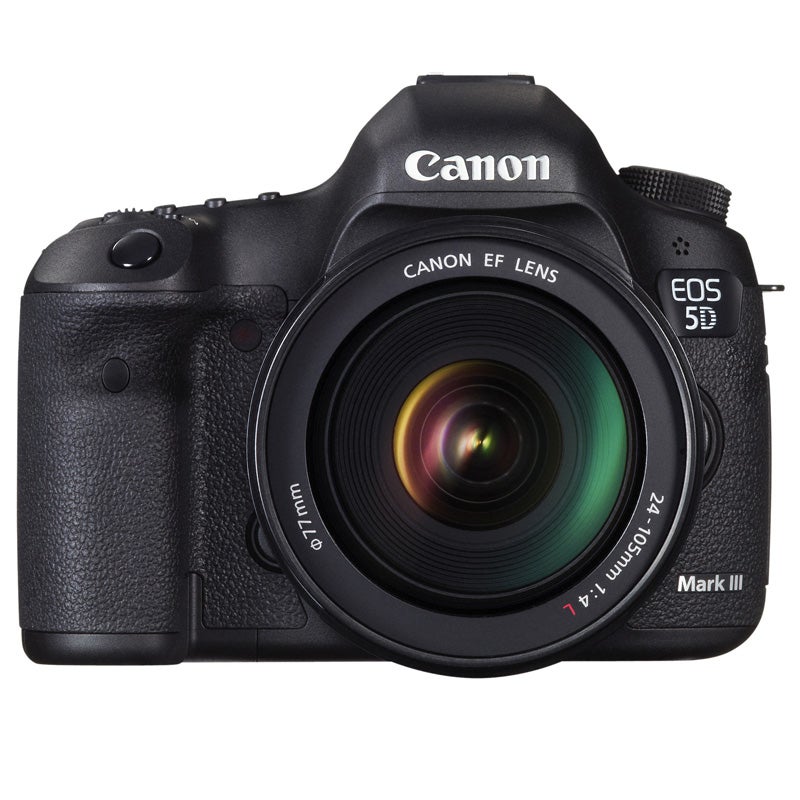 Many were surprised when the 5D MkIII was announced that there wasn’t a jump in resolution over the 5D MkII. Compared to the 5D MkII’s 21MP chip, the 5D MkIII’s resolution has only marginally increased to 22.3MP, while it also trails the recently announced 36MP Nikon D800. While it may not achieve the same headline-grabbing resolution as the D800, Canon believes the route they’ve taken provides the best combination of image quality and performance, and when you look closer at the specification, it’s hard to argue with. 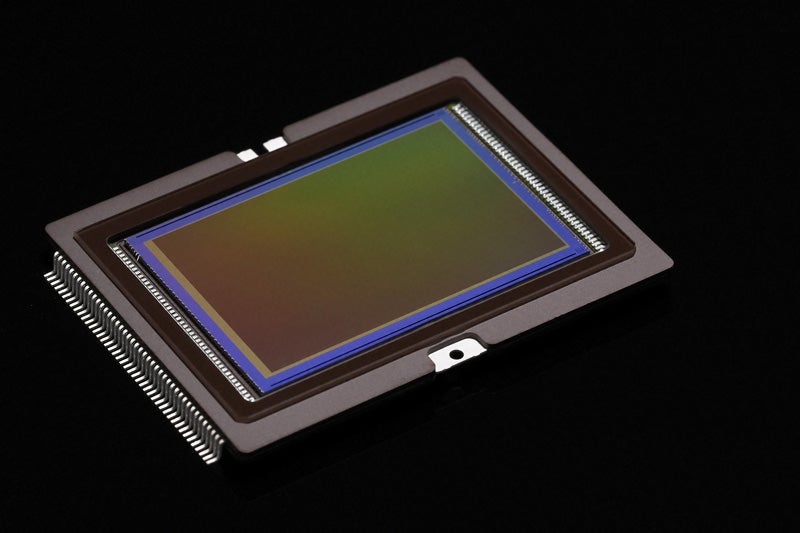 While the resolution remains similar to the 5D MkII, the design of the 22.3MP CMOS sensor inside the Canon EOS 5D Mark III is completely new, with gapless microlenses for improved light gathering capabilities. This has led to a native ISO range that runs from 100-25,600 – two stops better than the MkII, while the expanded range is now up to an ISO equivalent of 102,400. It’s not only good news for lowlight shooters, as the ISO can now be dropped as low as an ISO equivalent of 50.

At 3.9fps, the MkII was not a camera suited to action photographers, but with the Canon EOS 5D Mark III, this looks likely to change with a maximum frame advance of 6fps. This is all thanks to the 8-channel readout and the new DIGIC 5+ image processor – the same image processor that’s featured in Canon’s flagship EOS 1D X.

While the 1D X has the benefit of two processors, the 5D MkIII relies on a single processor. However, it’s quite a performance jump compared to the DIGIC 4 chip used by the Canon EOS 5D Mark III, running seventeen times faster. 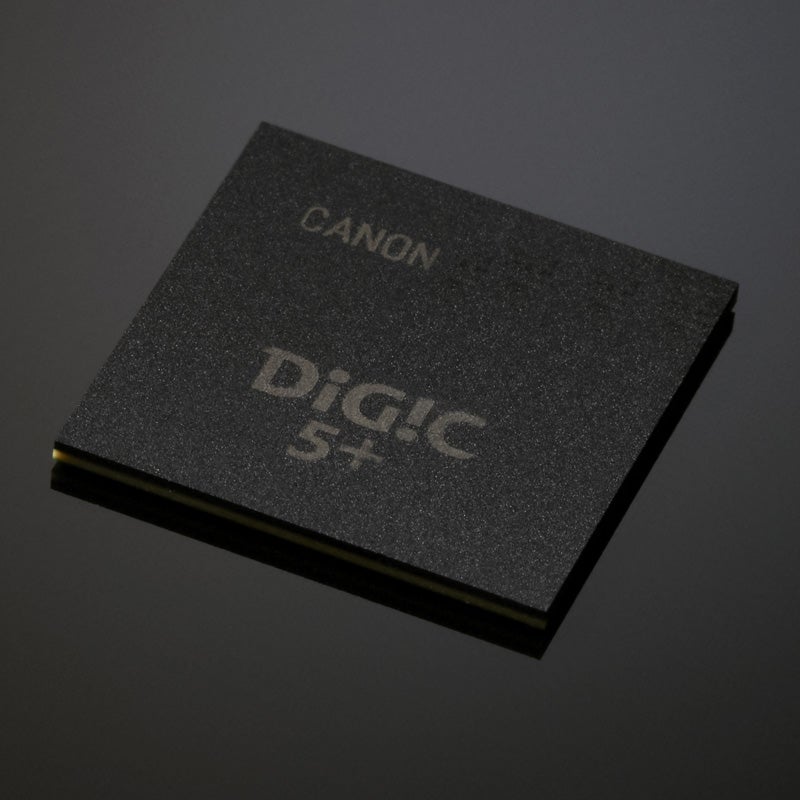 As well as single, low and high speed continuous shooting, the Canon EOS 5D Mark III has two silent drive modes. Designed for times when you want as minimal noise as possible when you fire the shutter – such as shooting wildlife or photographing a wedding ceremony, the travel of the mirror when the shutter is fired is slowed, reducing noise. As well as a single shooting advance drive mode, there’s also Silent Continuous Shooting, though because of the slowed travel of the mirror, the frame rate decreases to 3fps.

One of the weak links in the 5D MkII’s arsenal was the fairly conservative 9-point AF system – when it came to advanced AF tracking, it just wasn’t up to the task compared to some rivals. This has changed dramatically with the AF used by the Canon EOS 5D Mark III, which now utilises a virtually identical 61-point AF system as the EOS 1D X.

Of the 61 points, 41 of these are the more sensitive cross-type variant, while 5 of those AF points are dual cross-type to even greater AF precision. Within the menu (AF now has its own dedicated section), there are a host of AF presets to cover a range of subjects for AF tracking. These vary the AF depending on how unpredictable your subject is and as you become more experienced with the system, can be fine-tuned as well. 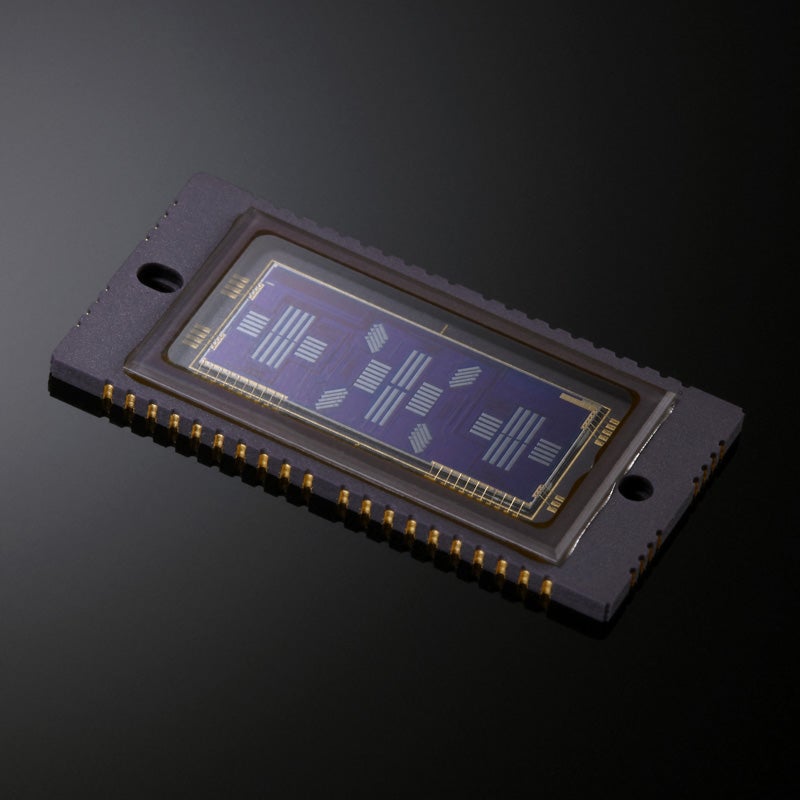 The metering system in the Canon EOS 5D Mark III has also been overhauled, with the iFCL (intelligent Fluorescent Luminance Colour) metering system being used. This was first seen in the EOS 7D and the 63-zone dual layer system is linked into each point of the AF system, which is then combined with colour and luminance signals to produce the exposure.

The 5D MkIII uses a large, bright 100% viewfinder, while the screen size has increased slightly. Its now 3.2in and has a 3:2 aspect ratio to mirror the ratio of your images so they fill the frame when they’re reviewed and a resolution of 1,040k-dots – the same screen as the 1D X.

There’s now dual card slots on the Canon EOS 5D Mark III – as well as a CompactFlash card slot (the camera’s compatible with the latest UDMA 7 class of cards), there’s also an additional SD card slot as well. There’s a host of options if you want to use two cards at the same time – the second card can be used as a back-up for instance, as an overflow or one for stills and the other for video. 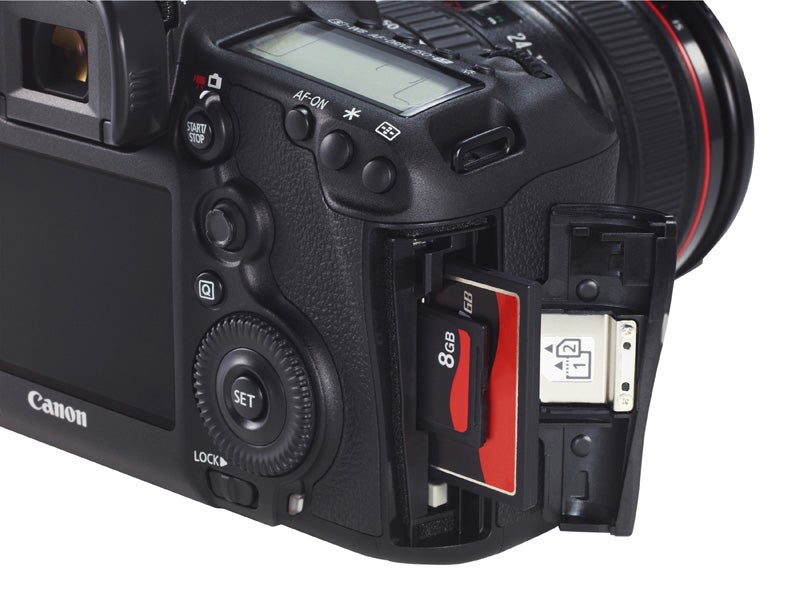 The 5D MkIII now has its own Creative Photo button which provides access to three modes: Pictures Styles, Multi-exposure and a dedicated HDR mode. In this mode, the 5D MkIII allows you to capture handheld HDR images – images are captured in quick succession with an exposure range of up to 3-stops, which are then merged and aligned automatically to produce the final image.

If you’re thinking of upgrading from either a 5D MkII, 7D or 60D, then the good news is that the Canon EOS 5D Mark III has the same battery, so if you’ve got a couple of spares, then you won’t need to invest in a new set. There is a new battery grip however, with controls to mirror those on the body. 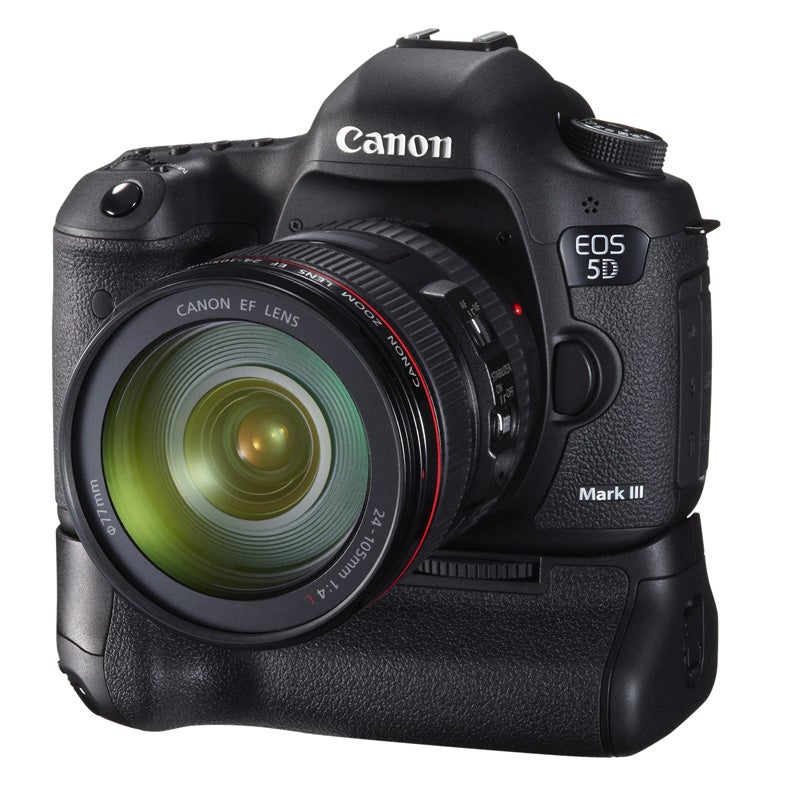