£1,129.00
There’s long been talk of a high-end Compact System Camera (CSC) to attract a more demanding user base to the ‘miniaturised’ market sector. Following the release of the flagship Alpha SLT-A77 translucent mirror model earlier this year (which, by the way, we thought was a roaring success) Sony’s latest CSC, the NEX-7, treads in many of the A77’s big-feature footsteps. But can the NEX-7, featured with OLED viewfinder and bags more controls than the rest of the NEX-series cousins, pave the way to CSC greatness? 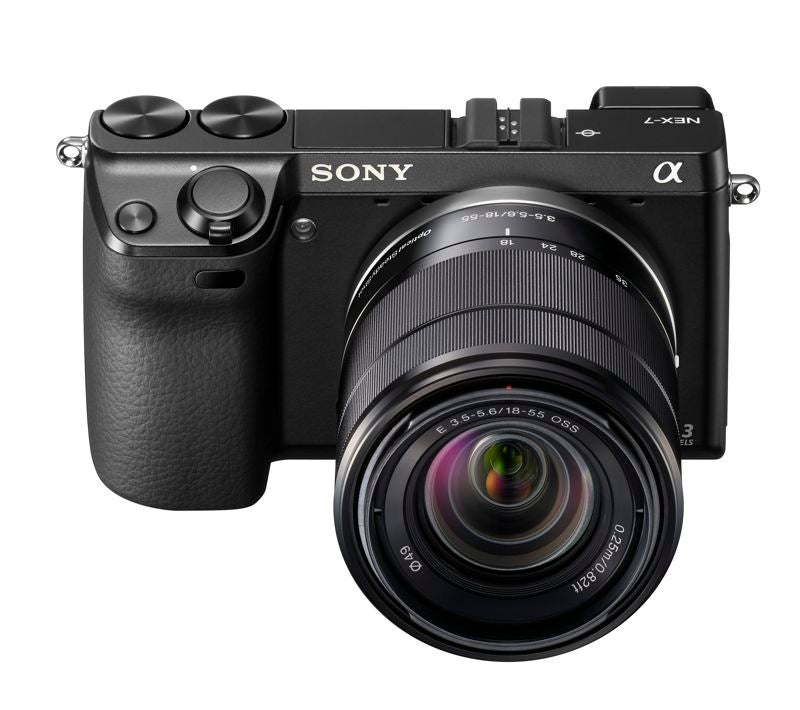 The NEX-7 looks to take Compact System Cameras up a notch or two. Its feature set is well beyond the competition, placing it as not only the most advanced but also the priciest CSC that money can buy.

With an APS-C sized sensor sporting some 24.3-megapixels the NEX-7 isn’t short on resolution and is able to capture 1080p HD movies too. The same APS-HD CMOS sensor as found in the SLT-A77 has been ported into the NEX-7 – and that can only be a good thing in our books.

Of course, as a CSC, the NEX-7’s mirrorless design makes it a far smaller camera than its SLT or DSLR cousins. Compared to other CSCs, however, it’s not the smallest going but is compact enough to keep overall size down when compared to similar specified DSLR cameras. 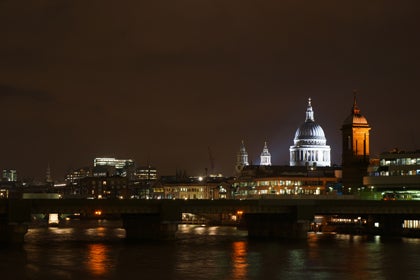 The NEX-series’ E-mount lens fitting accommodates smaller-than-DSLR-size lenses and a growing arsenal ought to make the NEX-7 all the more attractive. However, unlike Sony’s Alpha DSLRs, the NEX-7 doesn’t feature in-camera SteadyShot stabilisation – that’s instead reserved for the lenses where applicable. A shrewd move as Optical SteadyShot (OSS) stabilisation offers the benefit of stabilisation in live preview and won’t cause the imaging sensor to overheat.

Unlike any other current NEX model, the NEX-7 ditches the ‘Smart Accessory Terminal’ and instead opts for a built-in flash (GN 6; a button on the rear activates it) alongside a Sony/Minolta standard hotshoe to add a more powerful flash or other accessory as you so wish. It’s all about building the system up, and the inclusion of wireless flash capability means off-camera flash can also be accommodated for more complex lighting control.

For low-light shooting Sony’s Hand-held Twilight mode offers improved performance by capturing multiple frames and then selectively combining them for a low-noise image. Auto HDR and Dynamic Range Optimizer (DRO) also feature for maximising both shadow and highlight exposure in a single shot, while Sweep Panorama – a mode that allows for a panoramic shot to be taken by simply moving the camera in real time – also comes with a 3D option. Although Scene options and in-camera styles may not be the primary reason to buy a high-spec model such as this, the NEX-7 also features a range of Creative Styles and Picture Modes that can be customised to adjust contrast, saturation and sharpness.