One of the features we haven’t already talked about is the NEX-5R’s self-portrait mode. Flipping a screen through 180 degrees isn’t entirely new technology, however Sony has taken this one step further. Flip out the screen, point it towards you and the NEX-5R automatically understands you’re attempting a self-portrait shot and readies itself by setting the camera to a three second self-timer. This saves the hassle of setting the camera up for this type of shot. The camera now takes control of the hard work and leaves you to concentrate on the framing and the final result.

With many CSC competitors such as Olympus and Panasonic concentrating efforts on making their autofocus systems as fast as possible, Sony had to do something if it was to keep up with the competition. The new hybrid AF system the NEX-5R uses combines phase detection and contrast detection methods to suit the demands of most shooting situations. The way it works is the phase-detection detects the distance between the camera and the subject before the contrast-detection is activated to confirm extremely fine, precise focus. While the focusing doesn’t seem to lock onto subjects quite as quickly as Panasonic’s latest CSC’s, it’s fairly quick. We did experience some signs of hunting however from the 18-55mm f/3.5-5.6 kit lens when focusing between near and far subjects at the long end of the zoom. 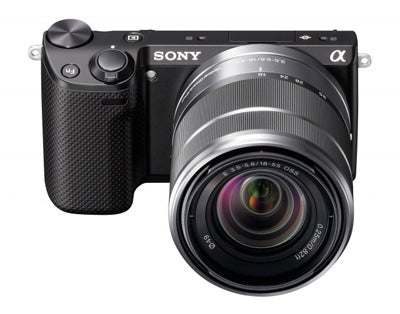 As for the speed at which the NEX-5R performs, we tested it loaded with a Lexar Professional 8GB Class 10 SDHC card. Set to speed priority continuous mode the NEX-5R rattled out nine frames at 10fps when set to JPEG+RAW. Shooting with the file format set to fine JPEG only, twelve frames at 10fps were recorded but this number dropped to 10 when the file format was switched over to Raw. 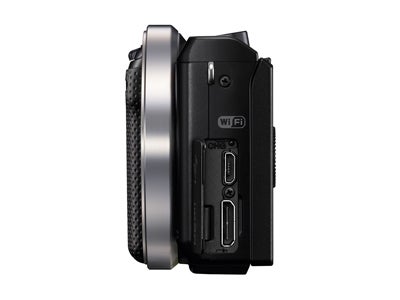 One of our criticisms with the NEX-5N was its start up time and nothing has changed in this respect with the NEX-5R. The camera doesn’t actually take too long to power up but the screen feed won’t appear until three seconds later which could make all the difference in getting a quick shot or not.

Other than the menu system, which we think is due a complete overhaul to make it easier to navigate, the NEX-5R performs reasonably well. It shoots quicker than many DSLRs, making it well suited for anyone interested in photographing high-speed action or sport. The lack of a mode dial won’t please everyone though and as we discovered the touch screen isn’t flawless in every respect of its operation. Lets now move on and study the NEX-5R’s image quality.