There’s no doubt that we were impressed by the original 14-megapixel NEX-5, so how does the 16.1-megapixel NEX-5N compare to its lower-resolution brother?

It’s good news all round. Despite the rise in megapixel count the 5N produces stunning images that just edge ahead of its predecessor.

ISO 100-25,600 retains low noise and clarity throughout much of its range, and adds an extra stop of exposure at both the lowest and highest sensitivities compared to the NEX-5. While the inclusion of ISO 25,600 has little benefit for most shooting, we were more than happy with shots up to ISO 6400. 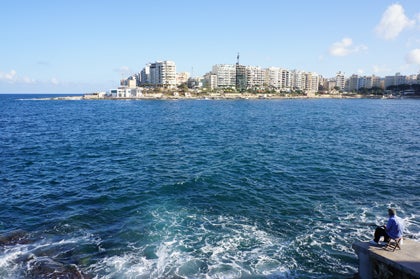 Image noise really isn’t an issue from ISO 100-800, and while some softness occurs due to processing hereafter colour noise is still absent until the highest ISO setting. Where noise is present it’s grain-like and not undesirable.

Those considering purchasing the Sony may also be looking at the NEX-C3 – a camera that has the very same sensor as the NEX-5N. In our testing there was no discernable difference between the two cameras’ iamge quality so it should be features that drive you to purchase one camera or the other.

The 5N’s 1200-zone metering system does a good job of exposing images, though without a viewfinder bright sunlight can make exposure assessment on the rear LCD a little tricky at times.

Sony’s D-Range Optimizer (DRO) can also be turned on for adjusting light and dark image areas for a more balanced exposure overall. 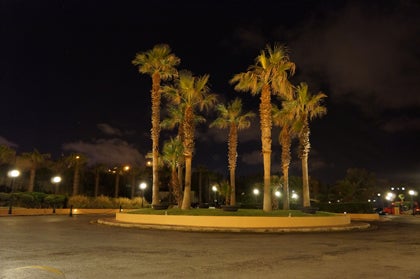 Another impressive mode is the Handheld Twilight scene mode that captures a series of images and combines them in camera for optimum exposure in low light with reduced image noise. The camera does a very good job of avoiding ghosting and shots taken in the right low-light conditions will genuinely benefit from this mode.

Colour proved to be well measured, punchy and bright. Auto White Balance was very consistent throughout varying ISO settings and repeat shots, and there were no overcast scenes to shout about.

Sharpness is one area where the Sony NEX series can fall into difficulties. With the large sensor size and small flange back distance images are susceptible to softness at the corners when shooting at wideangle settings. If, for example, you purchase the 16mm pancake lens then anticipate notable corner softness. The 18-55mm that came bundled with the camera in this test is an ample lens that provides crisp, sharp images, in particular at its medium-range, but the level of processing to counter barrel distortion in JPEG images will cause some softening of image detail.

Using Adobe Camera Raw v6.5 or above (when available) it’s possible to read the Sony’s Raw files, or bundled software is included in the box for opening and adjusting your images.

The Sony’s Raw files are untouched and show the amount of processing that takes place for JPEG shots: first of all there’s a notable amount of barrel distortion that’s corrected for in camera; secondly colours are far more muted and are obviously pushed into richer and warmer territory for JPEG output. 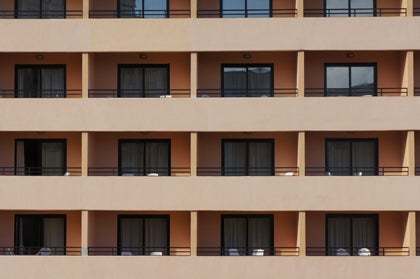 The Raw files show some green fringes (chromatic aberration) on rare occasions, though this is processed out of the JPEG equivalents. For purple fringes, however, both Raw & JPEG images can suffer towards the edges where subjects are back-lit.

As well as the outlined differences the Raw files are far more detailed yet show considerably more luminance noise. A bit of tweaking in post-production and the results obtainable should be far more customiseable than their JPEG counterparts.

Ignoring the poor one-touch movie button activation button and the 5N has a whole lot going for it on the motion picture side of things. The camera is able to record 1080p at 50fps at a huge 28Mbps data rate, or 50i at lower 24/17Mbps data rates – the latter of which is in keeping with direct Blu-ray output. 25p at 24/17Mbps is also available as well as MP4 output captured at 1440×1080 (12Mbps).

During recording it’s possible to move the AF-point to wherever desired, though the camera may choose to ignore its location if it doesn’t pose a high level of contrast for focusing. Sadly Sony has ignored the touchscreen ability which would have been perfect for single-touch AF-point placement during movie recording for smooth focus transitions.

The NEX-5N’s movie autofocus is very smooth to shift between one subject and another. It does so far more slowly than when shooting stills, but avoids over- and under-focusing because of this.

Movie buffs will also be pleased to see full manual controls that can be adjusted whilst recording – this includes shutter, aperture and ISO settings as well as exposure compensation. In tandem with the overall quality this makes the NEX-5N among the best consumer cameras for HD video capture, plus the APS-C sensor makes shallow depth of field all the more achievable.