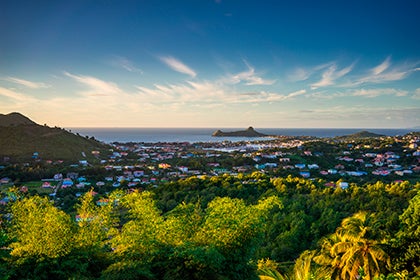 The Sony Alpha 7R delivers a reliable colour palette that’s very similar to recent Sony cameras. There are a range of preset colour modes that deliver pleasing results, with the ‘vivid’ setting not proving too garish and the ‘black and white’ mode also producing good monochrome images.

The Sony Alpha 7R was released at the same time as the Sony Alpha 7, and despite featuring the same sensor the higher megapixel count places an extra demand on its light gathering capabilities.

As a result the dynamic range is more limited that its counterpart, although the performance is still reasonable.

One of the areas at which you would expect a 36.4MP to really excel is with regards to its resolution, and the Alpha 7R certainly delivers in this regard. In fact, at the lower ISO settings the 7R manages to resolve every single line in our chart – a performance in keeping with the Nikon D800 and D800E.

It must be noted that such high resolution necessitates precise focusing and the elimination of camera shake as any error in this area are accentuated. It’s also the case that the very best lenses are needed, as once again any flaws in optical performance are highlighted by the high resolution.

With the Alpha 7R boasting a considerably higher resolution than its stablemate – the Alpha 7 – there were always going to be concerns that the jump might cause issues with noise at higher ISO settings.

The good news is that the Alpha 7R still performs well in this area. There are some signs of luminance noise at ISO 800, although these aren’t to the detriment of overall image quality. At ISO 1600 colour noise makes a slight appearance, although once again this isn’t a major issue, with the higher ISO settings also proving eminently usable.

As ever it’s far more preferable to shoot Raw than it is JPEG, as Raw files not only deliver a better level of image quality straight out of the camera, but also allow for more manoeuvre in post production.

JPEG files suffer somewhat from intelligent noise reduction and sharpening at when viewed at 100% in comparison to Raw files, and although this isn’t to the extent at which it ruins images on the whole it is far from ideal.

The same is true with regards to dynamic range, with Raw files allowing for editing around + / – 2EV of shadow and highlight detail.