Sony A5000 Review - The Sony A5000 replaces the NEX-3N in Sony's growing Alpha range of CSCs. The 20MP APS-C CSC features all of Sony's characteristic bells and whistles, and looks to compete with the entry-level DSLR market

£395.99
Although the might seem quite different, the Sony A58 and A5000 are generally roughly comparable in most factors including price. Which one should you buy? Find out in our Sony A5000 vs Sony A58 comparison.

Last year heralded the cessation of production of NEX series cameras. That didn’t mean that Sony were abandoning their CSC line-up, but rather they would be dropping the NEX moniker in favour of the wider adoption of its ‘Alpha’ tag, as seen on the Alpha 7 and 7R.

The Sony A5000 is the part of this phasing out, taking the place of the Sony NEX-3N. The model sports a host of new features including the addition of Wi-fi functionality and the introduction of the Bionz-X processor previously featured in the Sony Alpha 7.

These features are added without the A5000 breaking the bank, as the model features a price tag that places it firmly in the entry-level category. Does it do enough to compete with entry-level DSLRs? 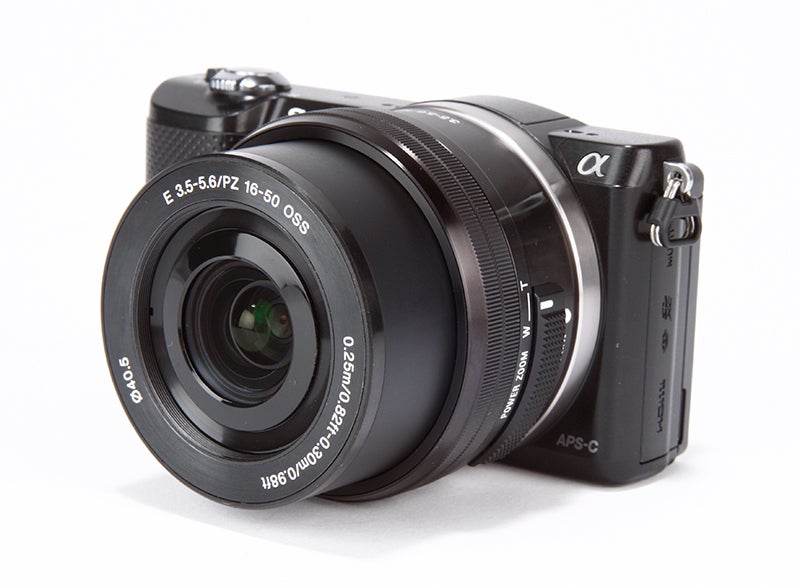 The Sony A5000 inherits some of the same features that were present on its predecessor, although it combines these with a selection of new technologies.

One such inherited feature is the model’s LCD screen. Clearly aimed at those who have an eye for a selfie, the 3in 460k-dot LCD is capable of being flipped about 180-degrees so as to face the person taking the photograph.

The A5000 also inherits some of its features from other cameras in Sony’s line-up, and not all of them are entry level. For example, the A5000 sports Sony’s latest Bionz-X processor that first featured in the high-end Sony RX10 and Sony Alpha 7.

This chip produced some excellent results on those two cameras, and there’s no reason to think that it shouldn’t help do the same on the A5000.

The processor aids noise reduction and image processing, with Sony claiming that it delivers speeds around three times that of the previous generation processor. 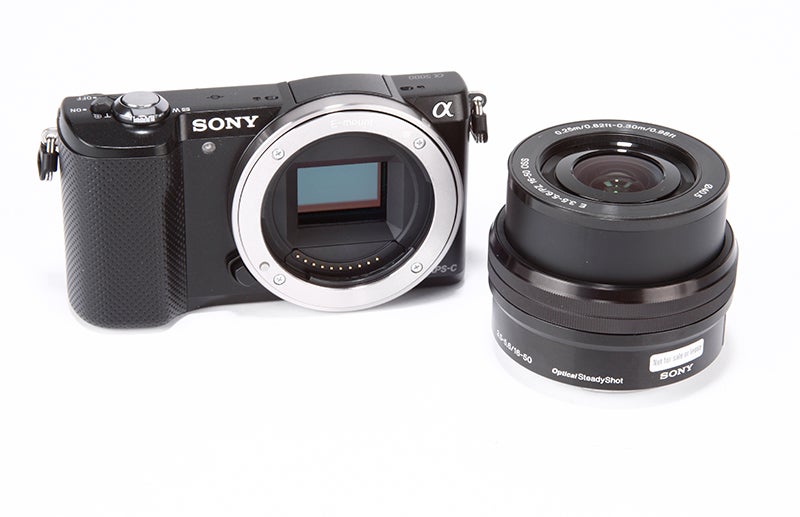 The model’s sensor, meanwhile, is inherited from one of the A5000’s peers in the new Alpha line-up. The 20.1MP APS-C sensor first featured on last year’s A3000 and boasts a pixel count that should compete with entry-level DSLRs.

One of the eye-catching new additions, and one that’s sure to please the entry-level market, is the addition of Wi-fi and NFC connectivity as standard.

This enables photographers to simply share their images with smartphone and tablets through a Wi-fi network after installing the model’s Sony PlayMemories App.

This Wi-fi functionality also allows for a range of applications – both free and paid-for – to be downloaded to the camera including a Photo Retouch app and app tailored for Time-lapse capture.