When a sensor packs in the megapixels it does ring a few bells as to whether image quality will hold up. A sensor dense with ‘pixels’ means less light is available for each and therefore the signal isn’t as strong or ‘clean’ as it could be. Small sensors’ image quality will tend to suffer more from this phenomenon, whereas the large APS-C sensor in the NX200 is less susceptible. In fact the NX200’s low ISO shots are a wonderful sight to behold – the camera blew any preconceptions we may have had out of the water.

There’s bags of detail on offer from ISO 100-200, and detail is still very good from ISO 400-800. ISO 1600 is still more than usable and while ISO 3200 may lack the bite of the lower settings it’s acceptable for use. In the menus the Auto ISO tops out at ISO 3200, and for good reason: ISO 6400 should be used for emergencies only and, frankly, we’d rather that the ISO 12,800 setting wasn’t even available as it’s a soft and blotchy to the point of near-writeoff. But not to dwell on this single highest-ISO negative, as we’re otherwise very impressed with the detail the NX200 can reproduce. 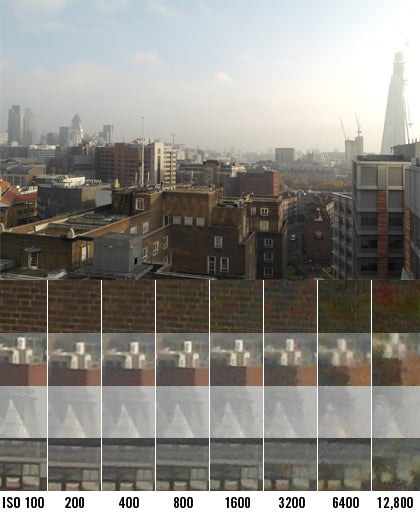 Image noise is controlled well at the low ISO settings, but the presence of colour noise in JPEG images is something that can’t be ignored. There’s a trace amount at ISO 400, some is visible by ISO 800, begins to get in the way come ISO 1600 and is a problem thereafter for colour images. 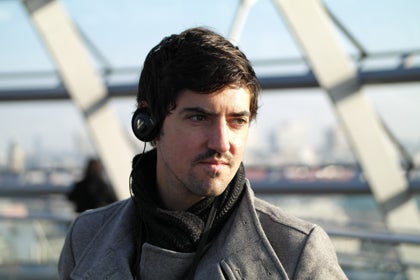 All things considered and the NX200 has lots of promise for landscape and portrait work, particularly when matched up with one of its more pro-spec lenses. High ISO settings don’t quite beat the Sony NEX series, however, but the Samsung has more than shown the Sony range its match at the lowest ISO settings.

In use the NX200 showed little to no exposure issues throughout a variety of scenarios and the rear OLED screen is great in playback to assess shots. Bright sunlight can cause a few issues, but this is to be expected from a non-viewfinder camera. 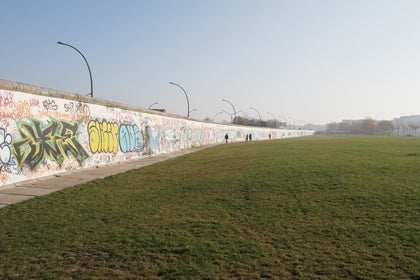 Tones can look a little flat straight from camera, but there’s plenty of scope for post production or even in-camera adjustment: The inclusion of the Picture Wizard mode provides a variety of pre-sets and custom options to adjust colour tone, saturation, sharpness and contrast.

Auto White Balance can err towards either cool or warm casts from time to time, but not so much so that it becomes a problem. The inclusion of Picture Wizard pre-sets and customisation, seven white balance pre-sets, custom white balance with seven steps across the amber/blue/green/magenta axese, manual white balance (K) adjustment and WB bracketing do mean there’s a lot of user control. Colour is consistent between shots and only begins to differ when shooting at ISO 800 or above due to processing muting the colour palette somewhat. 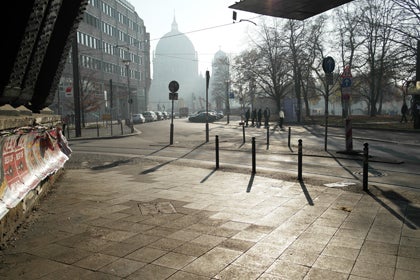 At the lower ISO settings the JPEG files don’t have the need to be over-processed and, as such, the push in sharpenss, contrast and mid-tones makes them attractive straight from camera. Move up the scale to ISO 800 and beyond, however, and the Raw files are far sharper than their JPEG counterparts at the expense of additional grain-like image noise. Where applicable the JPEG files also identify and correct for chromatic aberration to great effect – whereas Raw files will need user processing to remove these colour fringes. For the imaging fanatic the inclusion of Raw shooting will make all the difference, though the NX200’s JPEGs also look great straight from camera.