There’s no doubt that the NX200 pushes things forward in terms of design. The previous NX100 may have looked ‘pretty’ but lacked features and was a rather chunky beast. The NX200, on the other hand, trims the design down to a sensible size, is constructed from an aluminium frame and has a prominent front grip that makes holding the camera all the better. This may make it look altogether more ‘normal’ in that it’s similar to the competition – but we’re glad to see functionality prevail. 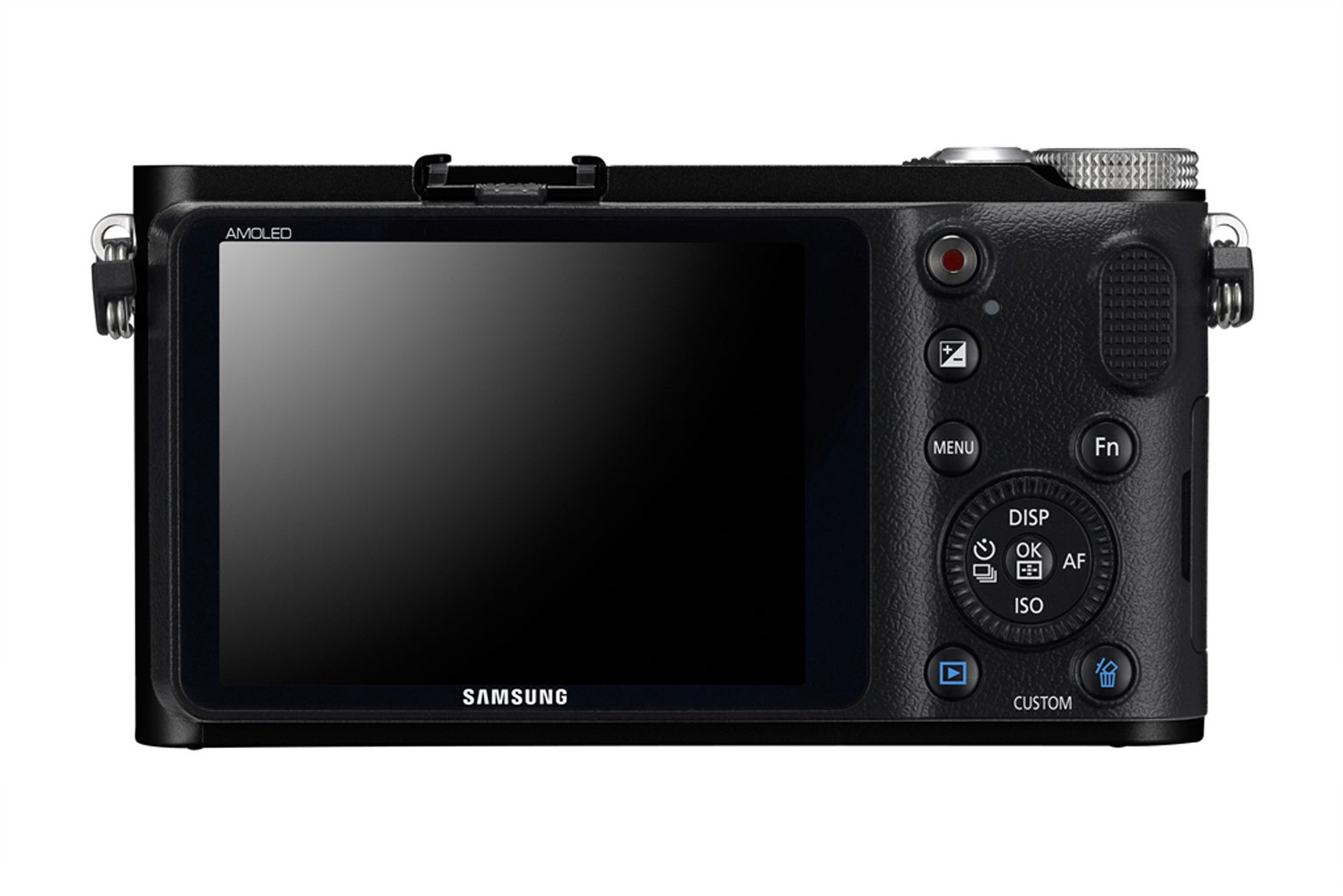 A function (Fn) button on the rear of the camera brings up a ‘Smart Menu’ that shows all the main settings much like the display screen on a DSLR camera. From here it’s easy to jump around plenty of controls: Shutter, Aperture, Exposure Comp, ISO, White Balance, Picture Wizard, Colour Space, Metering, AF Mode, AF Area, Photo Size, Quality, Drive, Smart Range, Image Stabilisation and Flash. Like we say, it’s exhaustive and you won’t struggle to find the settings you need at the press of a button or two.

For a shorter and more immediate control method there’s the lens’ i-Function mode that provides access to Aperture, Shutter Speed, EV, ISO, WB and i-Zoom. What’s great about the latest 2.0 release, however, is that each of these options can be turned on or off from within the menu so the i-Fn button can, if you should so wish, control just a single function or five different ones.

So far so good. However the placement of the thumbwheel on the top of the camera is just a short throw from the main mode dial and feels a little awkward to use. Firstly the thumb needs to travel over the main dial to reach it, and secondly it needs to be used in tandem with the likes of the press-and-hold exposure compensation button – it’s like Twister with your fingers, though this is the only control that doesn’t feel quite right.

The NX200’s lack of a viewfinder is to be expected for the type of camera it is but, at least at present, there’s no hotshoe-based electronic viewfinder available. The EVF10 works with the previous NX100 by connecting to an accessory port, but there’s no such fitting on the NX200 – hence the incompatibility.

Taking a leaf out of the Sony NEX-series’ books, the NX200 also opts to include a flash in the box rather the building one into the body. This helps to save some space by design, and there’s also no need to always have the flash attached if you choose not to. The ability to purchase a larger, more powerful flash is also a bonus as most CSCs at this level fail to have any hotshoe fitting whatsoever. 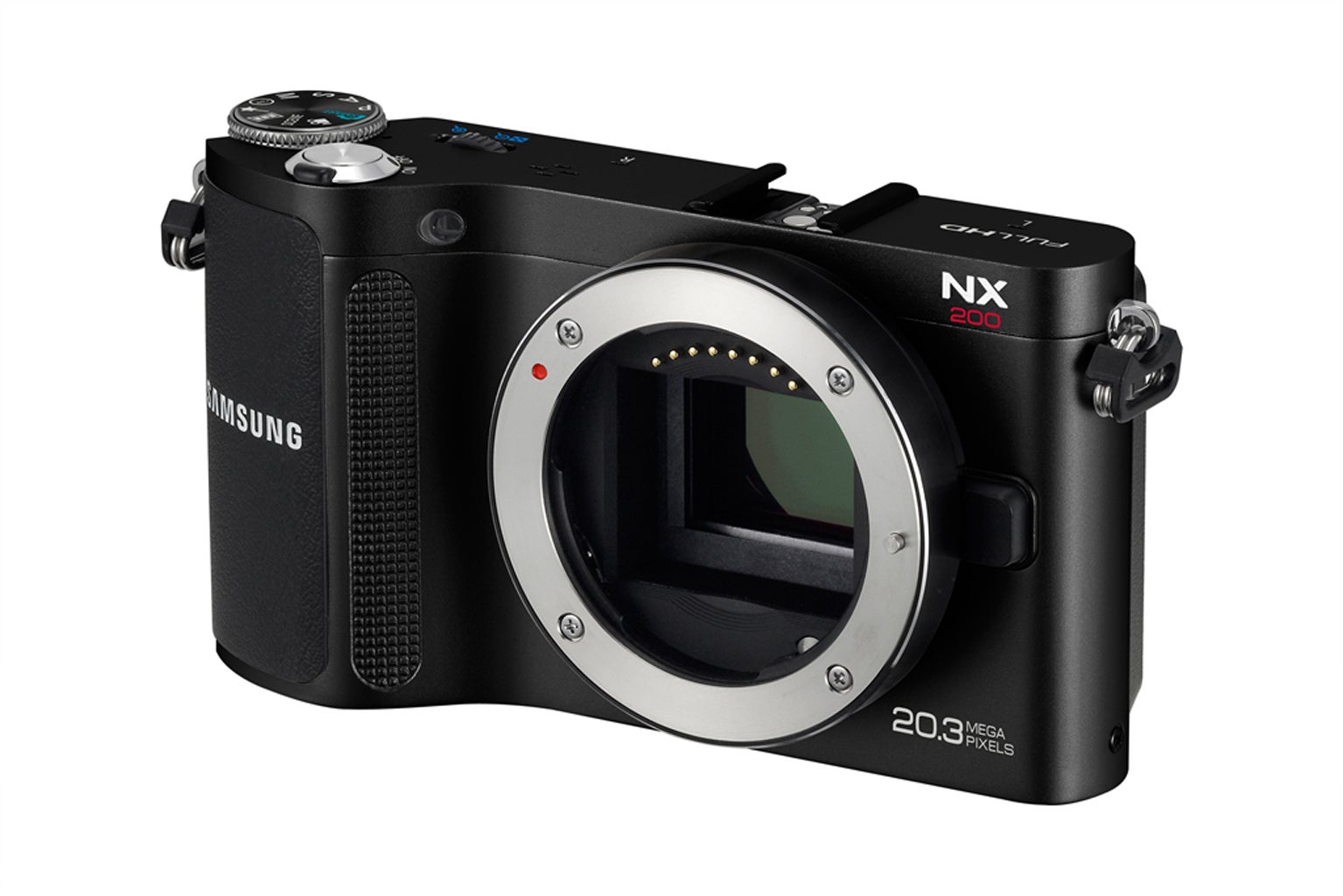 One complaint we previously levelled at the NX-series was its lack of lenses. But that was some twelve months ago and now there’re nine lenses available and yet more promised in the future. The only downside to the lenses as far as we see it is that they can be large in size. The 60mm f/2.8 macro lens, for example, looks the same size as a DSLR lens. That’s one ‘penalty’ for using an APS-C sensor size in a camera such as this – the NX-series, much like the Sony NEX series, is never going to be as compact as the Nikon 1, Lumix G or Olympus PEN models of this world. For some this will have little impact, while for others it’ll be a reason to avoid this system in place of a smaller alternative.