The NX20 is a recent addition to Samsung's NX range and features Wi-Fi functionality as well as other changes to set it apart from previous models. We gave it a thorough review to find out how it performs

£900.00
In the extremely competitive CSC market manufacturers are constantly fighting it out in an attempt to stay one step ahead of their rivals and maintain market share. One way of doing so is to introduce new and exciting features that haven’t been seen before to tempt potential users towards their system. Keeping fingers on the pulse, Samsung has launched Wi-Fi connectivity within the NX20 as well as many other interesting enhancements. Allowing you to connect your digital camera to a wireless network and share images via social media sites or email it’s one of the first cameras to feature this concept. But how popular will it be and can it really change the way we share our images in the future?

Before we find out how the wireless connectivity works, lets familiarize ourselves with the NX20’s key features and see what’s changed. Like Samsung’s NX200 that was launched last year, the NX20 utilises the same 20.3Mp APS-C sized CMOS image sensor, which has also been put to use within the Samsung NX1000 and NX210. Measuring 23.5×15.7mm, one of the improvements this sensor brings to the NX20 is a broader ISO range of 100-12800 and it works out as a 2EV improvement when you compare it to the NX11’s more conservative 100-3200 offering.

The maximum permitted shutter speed and continuous burst rate have both been increased. Previously on the NX11 the fastest you could shoot at was 1/4000sec, but this has now been uprated to 1/8000sec to allow you to shoot at the same shutter speeds that are found on most D-SLR’s. The NX20 is a much faster camera all round. It’s 8fps continuous burst rate and reduced shutter lag (40ms) bring it up to speed with mirrorless rivals on the market and the 5fps burst advantage it has over the NX11 makes its forerunner seem somewhat pedestrian in comparison.

Another leap forward is the addition of a 3in, 614k-dot articulated screen at the rear. Being the Vari-angle type it can be pulled out from the body into almost any position for those times when you’re composing from high or low angles. Classed as an AMOLED display this means there’s no air gap between the display and protective glass. This by Samsung’s accounts improves the screens reflective resistance, produces deeper blacks and displays more accurate, vivid colours.

The SVGA electronic viewfinder that’s found above the screen has a 100% field of view and an impressive 1.44 million-dot resolution. Electronic viewfinder eye sensors are a feature that we’ve seen come and go on compact system cameras but the NX20 benefits from one so there’s no need to go searching for a pesky EVF/LCD button. When viewing the screen and you want to switch to the viewfinder or visa versa you simply raise or lower it from your eye.

Supporting i-Function 2.0 – a system whereby you can adjust common shooting settings such as shutter speed and aperture from a touch of a button on the lens, the NX20 comes with 16 scene-shooting modes to choose from including panorama, beauty shot and 3D photo should you wish to plug it into a 3D enabled Samsung TV.For those keen on producing the occasional movie, full HD video (1920×1080) is also supported with an option to take control of program, aperture priority, shutter priority and manual modes from the movie AE mode option in the menu.

Previous NX customers will be glad to know the NX20 uses the same BP1310 battery that’s found in the NX11. This gives anyone who’s looking to upgrade the opportunity to reuse batteries and chargers from their existing model rather than having to go out and invest in spares. 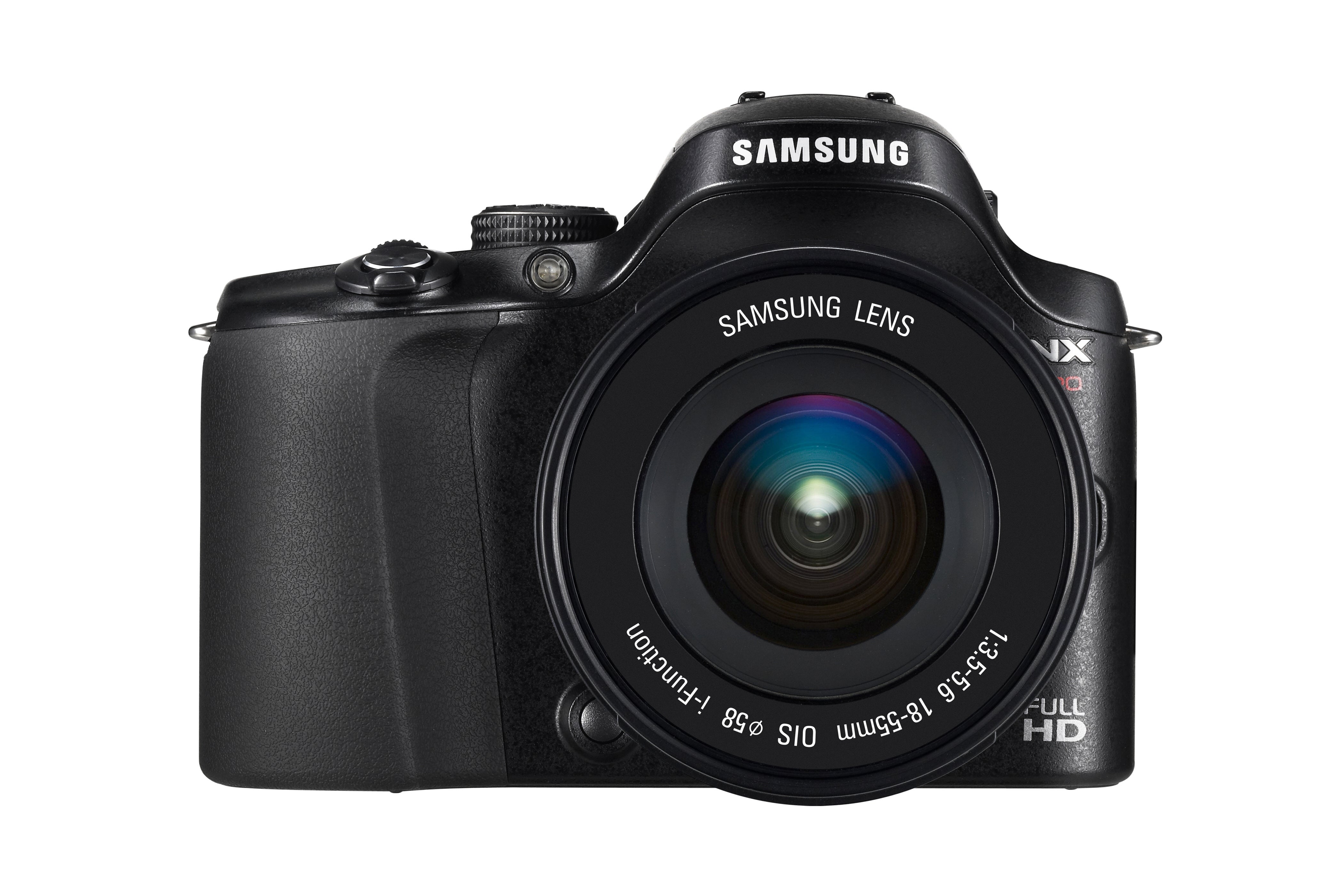