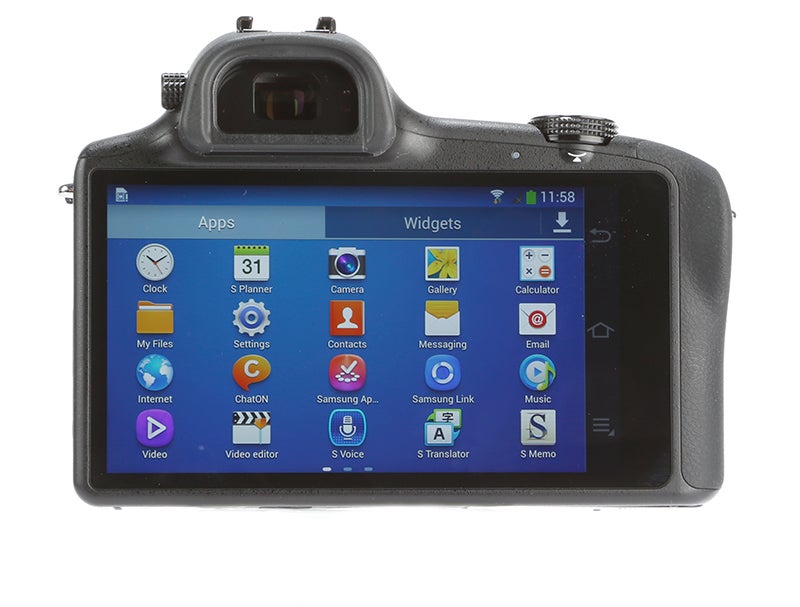 The huge 4.8in touchscreen is the Galaxy NX’s trump card and it certainly doesn’t disappoint in terms of performance. Due to the fact it’s in the 16:9 format and doesn’t match the 3:2 aspect ratio of the sensor, images do have black tramlines down both sides when they’re displayed, but this is a small price to pay for viewing images at such a large size.

The clarity, sharpness and responsiveness of the capacitive display can’t be faulted and having the option to pinch and zoom and flick through images makes for a great way of showing off your work. With the screen being as good as it is, we opted to use it 60-70% of the time when composing our shots – relying on the EVF when bright sunlight and reflections made it harder to view.

There is a slight delay between the screen and EVF when the eye sensor detects the camera being lifted up to the eye, and as EVF’s go, it’s crisp but has a very subtle green cast.

There’s the option to change AF mode and AF areas modes quickly straight from the Smart panel, and the AF point can be moved around the frame by touch, albeit not to the far edges of the frame like some CSCs. AF performance is just as spritely as the NX300, locking onto subjects with minimal fuss even in low-light with the option to fire the shutter by touching the screen if you desire. 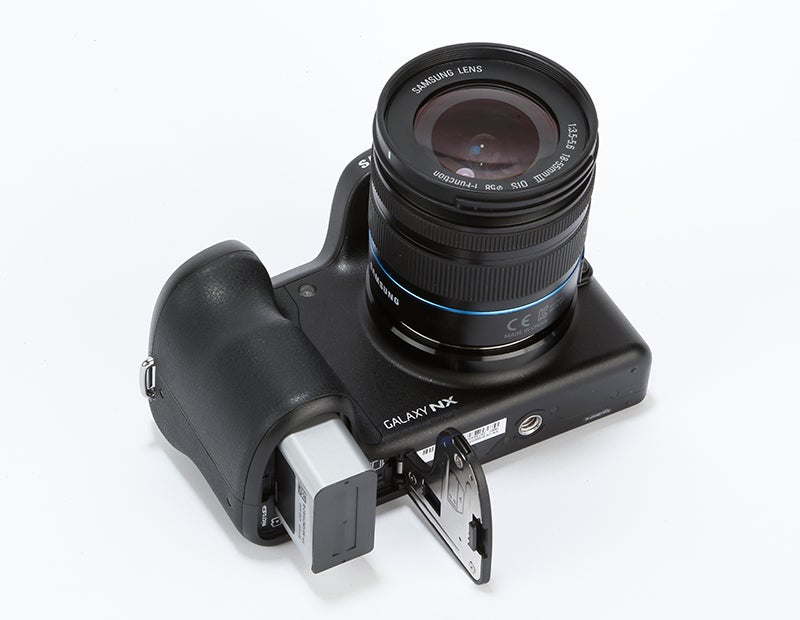 The issue of short battery life on the Samsung Galaxy Camera has been resolved with a larger 4360mAh rechargeable Li-ion battery that’s good for 420 shots per charge. A percentage battery indicator on the home screen gives a visual clue as to when the battery level is running low and though the camera does use a fair amount of juice when its being used to upload images, send emails and surf the web using Wi-fi or 3G, we made sure we didn’t get caught out by carrying a mobile USB battery pack to take advantage of the cameras USB charging facility.

For a camera that offers so much functionality and connectivity, the speed at which the Galaxy NX operates is impressive, but sadly there was a delay when saving and writing images. After a number of shots were taken it wasn’t uncommon to wait several minutes for the shots to be saved to the Class 10 16GB Micro SD card that Samsung supplied and on some instances images didn’t instantly appear in the gallery.

Having the Android interface to check emails, browse the internet and search for new and exciting places to shoot via the Photo Suggest app makes the Samsung Galaxy NX a very intuitive camera to use. The process of sharing images via social media has been designed to be so simple you can upload shots to Facebook, Twitter, Google Plus, Instagram or any other social media channel in a matter of seconds.

We frequently used the Google search on the home screen and purchased a 1GB pay-as-you-go SIM for £10 to upload shots via 3G for the times when we didn’t have access to join a Wi-fi network. Alternatively, you could always set up a pay-monthly 3G contract if you know roughly how much data you plan on using over a 30-day period.