Even though the Galaxy NX looks exactly like you’d imagine an Android NX camera to look (especially having seen the Galaxy Camera) it still makes you do a double take the first time you see it. In the hand it feels not unlike the NX20, on which is based. It’s a similar size and it has a good grip, but of course there’s just the one input dial on the top. The lack of external controls is a little disconcerting, but of course everything is controlled by the giant touch screen on the back, which is, as you’d expect, magnificent. 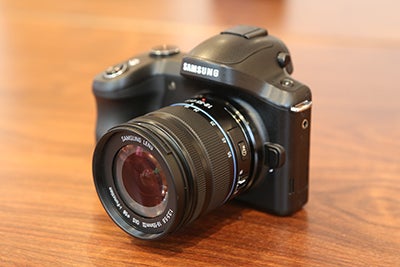 The Android interface is what it is, it’s the camera interface that takes a little getting used to. There’s just so much going on – pop-up, slide out sub menus in all directions, some of which are customisable, which is a little confusing when it’s someone else’s set up but when it’s your own it will I’m sure be very quick and intuitive to get to everything. 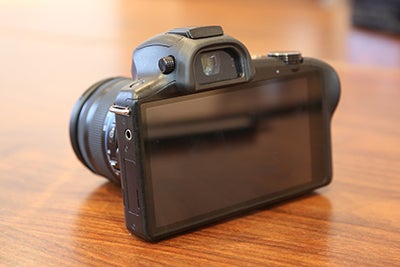 Featuring the Hybrid AF sensor used in the NX300, the AF is snappy, and the sample I played with had no trouble capturing sharp shots of the BMX display that Samsung had laid on for us to point the cameras at, even though the light levels weren’t great.

Overall it looks a formidable camera. If it manages to combine the image quality and performance of the NX300 (to which we gave a Gold Award) with the user experience of the Galaxy Camera, it will be a great success and find an eager market.