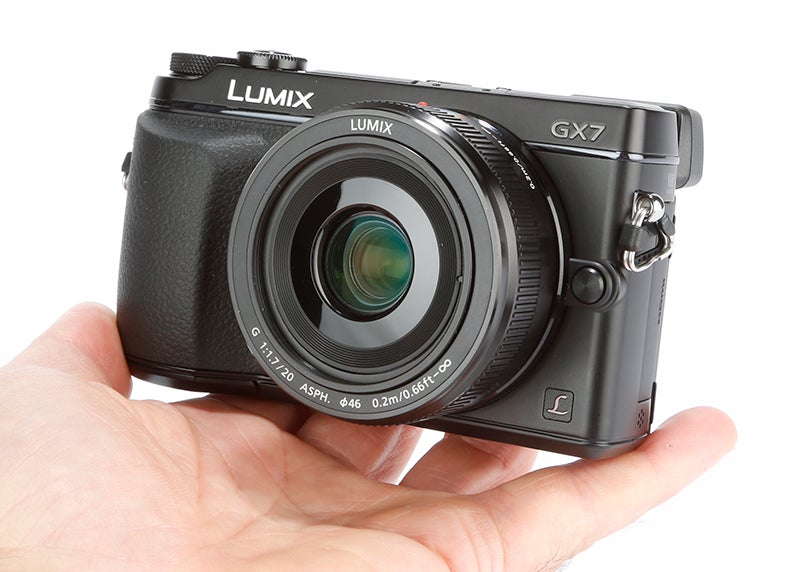 There’s no doubt that the inclusion of an EVF on the GX7 will be warmly received by a lot of photographers, providing you with a much more intuitive way of shooting compared to holding the camera at arms length and composing with the rear display.

The performance of the EVF in the GX7 shouldn’t disappoint either. As you’d expect, detail appears crisp while the display itself is large and bright. Thanks to the field sequential LCD the display is pleasantly saturated, delivering faithful colour reproduction of the scene.

The potential drawback of using this technology is that the relatively slow refresh times compared to OLED and LCD displays can result in the image appearing to tear as you move it, but I have to say that the GX7’s EVF copped with this very well.

The ability to angle the viewfinder too is also a big benefit for low angle shots or even shooting from the waist, as while the rear screen may suffice for most of these occasions, the tilt-able EVF will come into its own when shooting in bright light.

The EVF’s eye sensor works well, quickly swapping to the EVF display when the camera is raised to the eye when the Sensitivity is set to High, while there’s a Low setting should you fell its perhaps a little too sensitive. 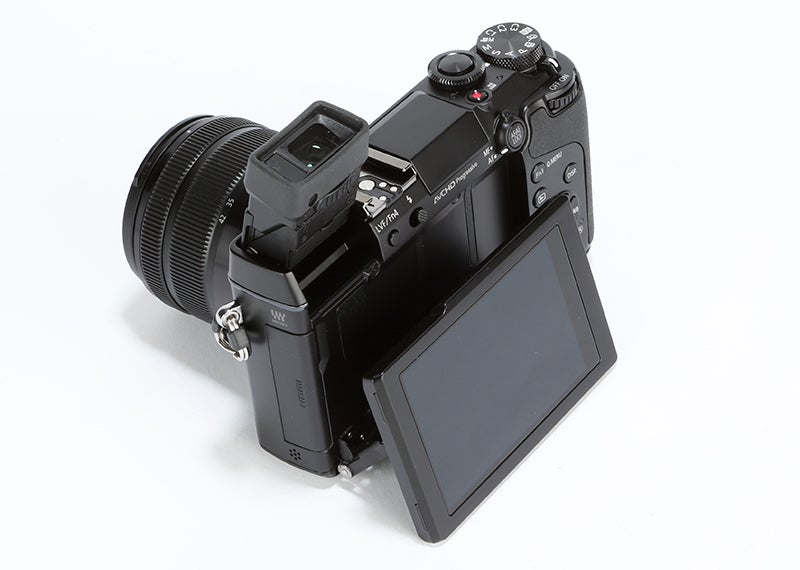 The GX7’s rear display delivers the kind of clarity you’d expect from a 1040k-dot resolution, with plenty of detail and just as we saw with the EVF, nicely saturated colours. While it doesn’t quite have the same breadth of movement as we’ve seen with some other Panasonic G-series cameras that are hinged at the side, it never the less provides a range of handy shooting angles that compares favourably with rivals.

If there’s one minor gripe, its that the 3:2 aspect ratio of the screen doesn’t marry up with the native 4:3 format of the GX7’s sensor, resulting in small black bars running either side of the image, though for those shooting video in 16:9 format or images in 3:2 (at a reduced resolution), this may offer the best all round solution.

The capacitive-type touch display delivers one of the best user experiences we’ve had from a touchscreen-based CSC, with only light touches and gestures required. While there’s a plethora of body-mounted controls that we’ll touch on later, adjustments can be made on screen, while the touch AF and touch shutter are quick and responsive.

Reviewing images couldn’t be easier either, with light swipes required to flick through images, while pinching the screen zooms in on the image, just as you would with a smartphone. 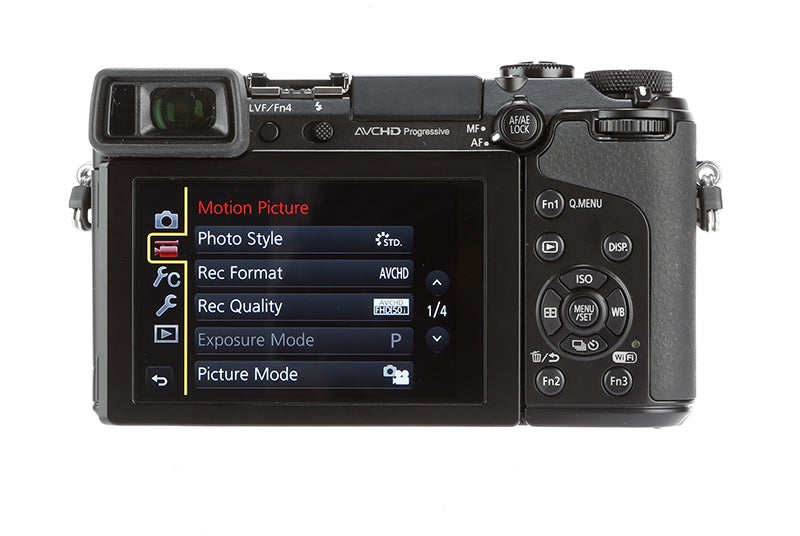 The touchscreen does speed up general shooting as well – scrolling through the GX7’s Quick menu, and settings with more than one deck of options such as video or white balance and you can only scroll through settings horizontally, rather than being able to quickly tap up or down to jump to a desired setting.

This is where the touchscreen comes into play, with a single quick tap of the screen all that’s need. It’s a similar story with the single area AF selection – using the 4-way d-pad to position the AF area can be a slow process, especially if you’re moving from one side to another, so again, a quick tap of the rear display on the point you want to focus on is preferential.

Marry the touchscreen display to the GX7’s dual controls and countless programmable function buttons, and you’ve got a very refined camera to shoot with. Controls fall to the hand nicely when shooting in aperture or shutter priority, I really liked the way that once the front control dial has been programmed to set exposure compensation the GX7 is very quick and intuitive to use. Along with other core settings such as ISO or Drive just a quick tap away, the GX7 delivers a very polished performance.

There are no complaints about AF speed either, with the GX7 promptly acquiring focus thanks to the fast data read out time, while I found I was able to attain focus with the GX7 in some really poorly lit, low-contrast environments that would cause some rivals to really struggle.

If you want to be pretty much pixel-perfect with your focusing, then the Pin-point AF mode found on the GX7 is a welcome feature, and allows you to refine focus easily thanks to the magnified area round the AF crosshair.

If you’re going to be using manual focus, then the GX7’s Peaking mode and magnified preview, as well as the nicely weighted transition through the focusing range delivers precise control.

Shooting at 5fps, the GX7 has shoot 9 Raw files consecutively before the before slows with a Class 10 SDHC card, or will happily shoot a continuous burst of JPEG files without slowing up for over 50 files, which for this kind of camera will be more than adequate for the majority of shooting situations.