A fast startup time is met with Panasonic’s super-fast ‘light speed’ autofocus system. When the neighbouring Lumix G3 was released Panasonic laid claim to the world’s fastest AF system – one that’s a fraction quicker in the GX1. In reality, however, the speed feels about the same, as the hundredths of a second difference (0.1sec improved to 0.09sec) isn’t measurable at a human level. But for Panasonic to still be squeezing every last drop out of its system is more than commendable.
Although the focus is near instant to acquire subject focus, fast moving subjects and low-light scenarios will throw a bit of a spanner in the works. As per any contrast-detection system subjects with limited contrast can also cause problems. 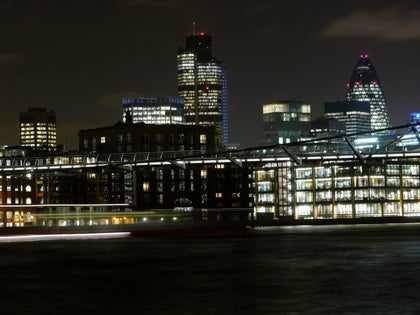 However the GX1 is the first G-series camera to introduce AF-F (Autofocus Flexible) to deal with less predictable subject movement. This mode is best described as halfway between the AF-S (single autofocus) and AF-C (continuous autofocus) that the camera also offers, whereby AF-F will only use continuous if the shutter is half pressed and the camera detects subject movement.

Focusing modes are divided into the same Face Detection, AF Tracking, 23-Area, 1-Area and Pinpoint options as per the G3. The latter mode is particularly useful for precise focus where, for example, you may wish to either pick a specific subject out of a complex scene or ensure the utmost accuracy in a close-up shot. Pinpoint differs from 1-Area by not only offering a smaller cross-type focus area but by also zooming in the subject on screen to represent the final image at full size, thus ensuring accurate focus is acquired. Both 1-Area and Pinpoint options also operate right across the full breadth of the screen which, unlike the majority of CSC competitors, provides a far broader scope of focusing. It’s the small touches like this that make the GX1 stand out.

The GX1’s touchscreen is also ideal for quick and easy ‘one-press autofocus’ by pressing a finger onto the screen itself. Other competitors have started to offer touchscreens but, at least for now, the Panasonic system is far more integrated into the camera’s use. As a method to quick-adjust the focus area and then continue to shoot as normal or to chose subject focus in movie mode it’s a great option to have.

A high speed burst mode of 4.2fps can capture up to nine frames before a pause when shooting Raw & JPEG files. Although it will take 30seconds to clear these files to the card it’s still possible to adjust any settings and even continue to shoot (depending on how many frames have been captured in a single burst). A ‘super high speed’ 20fps burst rate is also available – though this uses an electronic shutter and can only capture 4MP-sized images that are more compressed.  As well as full manual control the latest intelligent Auto+ (iA+) adds easy on-screen sliders to select between Defocus Control, Brightness (exposure compensation) and Red/Blue colour cast (only these two colours, however). As per the original iA mode, iA+ also recognises the scene at hand and adjusts all settings accordingly for an optimum exposure.

The GX1’s battery sees an improvement compared to the GF3 and G3 models, quoted as shooting 310 shots per charge. Although that’s not an astounding figure, it’s on par with the longevity of the competition.