£749.00
Panasonic’s division of its Compact System Camera range is spearheaded by the launch of its premium Lumix GX1 model. This aluminium-built, high-quality yet compact model marries together aspects of the consumer-friendly and small-bodied GF series with the hands-on, more advanced controls that are a G-series mainstay. The addition of a new power zoom lens takes the first ‘X’ model into new territory – but this does also add to the rather bulging price tag. Is the GX1 a sensible choice for more demanding photographers or is it just a little too pricey and indifferent to its fellow G-series models to be worthy of purchase? The What Digital Camera Panasonic Lumix GX1 review…

The GX1’s innards are familiar fare. The same 16-megapixel Micro Four Thirds Live MOS sensor as found in the Lumix G3 is at the GX1’s core, while the 23-Area focus system, 144-zone metering system, 1080i HD movie mode and 3in, 460kdot touchscreen LCD also make the transition.

The GX1 keeps Panasonic’s super-fast ‘lightspeed’ autofocus system but tweaks it a stage further for a fastest-ever 0.09sec focus acquisition time (as quoted by Panasonic using the 14mm setting on the latest power zoom lens). That makes it the quickest G-series model to date. A 4.2 frames per second burst mode also sees the GX1 as speedier than the G3, though not quite as fast as the top-spec GH2‘s 5fps burst shooting abilities. 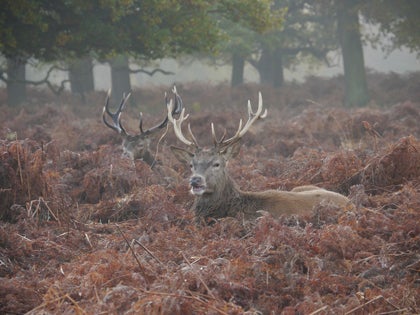 With the screen the main focus for composition the GX1 introduces a new level gauge for horizontal and vertical alignment assessment to complement the other array of display grid options.

But it’s the camera’s exterior and build that makes it what it is. Hark back to the first GF-series camera, the GF1, and the GX1 has a lot of similarities, albeit wrapped up in a higher-spec build. The metal buttons, aluminium body and shaped leather handgrip give the GX1 a premium edge like no other G-series camera.

Add to this a new 14-42mm power zoom lens and the overall system size is kept all the smaller. The lens only extends outwards when the camera is powered up and rather than use a traditional rotational barrel there are two toggles on the lens barrel to control focus and zoom. According to Panasonic’s measurements this new, smaller lens is of no detriment to image quality.