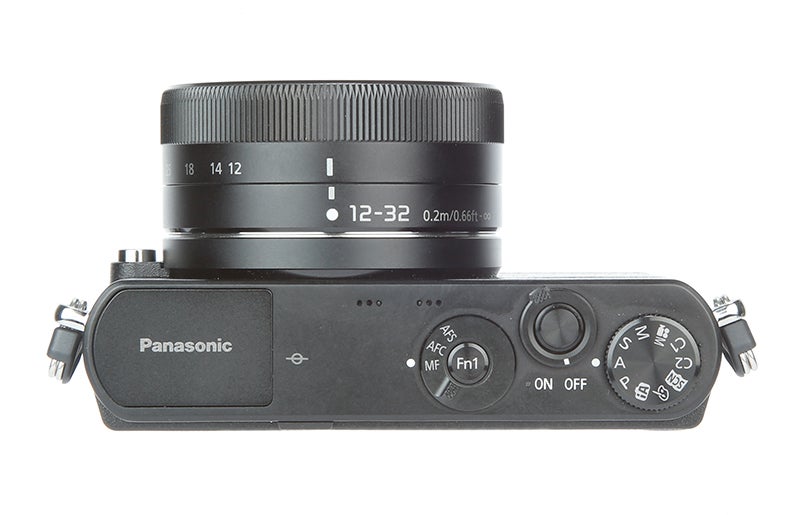 Whereas most CSCs can shoot over 300 frames before a recharge is required, the Panasonic GM1 has a more modest battery life of 220 images. The physical size of the battery is smaller than that used for the Lumix GF6 and GX7, and given its conservative battery life, it’s disappointing the GM1 doesn’t support USB charging.

At some point or other, most users of the GM1 will find themselves purchasing an additional DMW-BLH7E battery pack, and it’s worth bearing in mind this could cost an extra £55.

The GM1 really impresses when it comes to focusing. Just like the GX7, the GM1 locks onto targets in a blink of an eye and rarely struggles or shows any signs of hesitation in low-light, which is in part thanks to its bright orange AF assist beam. Having the option to pin-point, reposition and resize the AF point so intuitively means you can work incredibly quickly without waiting around for the camera to function.

In single (AF-S) mode it always feels one step ahead, whereas switched to continuous (AF-C) mode the kit lens did have a tendency to hunt, with a very low-frequency whir. This was picked up by the in-built mic when recording HD video, but could barely be traced in anything other than silent scenes.

Face detection and AF tracking work instinctively too, with the latter being able to follow most slow-medium paced subjects around the scene, keeping up to speed with sporadic movements. 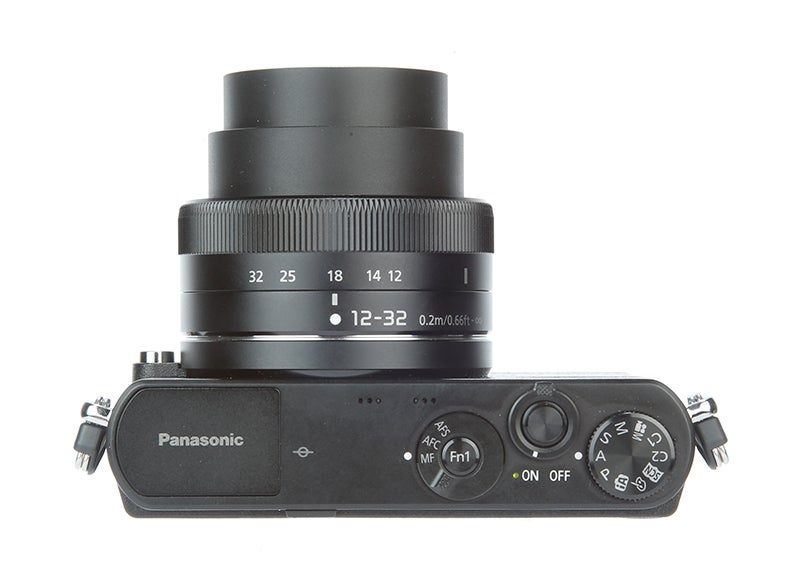 With the lens pre-extended, the Panasonic Lumix GM1 fires into life in a fraction over a second and just wants to get on with the job of taking images. Retract the lens with the camera still switched on though and won’t go into its sleep mode for over five minutes – something we’d like to see speeded up to preserve the already limiting battery life.

Although the 3in screen at the rear may not be the vari-angle or tilt type we’re so used to seeing on G-series models, it’s an impressive display all the same. The 1,037k-dot resolution provides a clear view of detail with an image, both for composition and review. The rich colours and high level of clarity tie in well with its functionality and for those coming from a touchscreen device such as a smartphone or tablet, the double tap, pinch and zoom and slide gestures will be welcome for reviewing images in playback mode.

Though its been said before, if there’s one minor gripe, its that the 3:2 aspect ratio of the screen doesn’t marry up with the native 4:3 format of the GM1’s sensor, resulting in small black bars running either side of the image, though for those shooting video in 16:9 format or images in 3:2 (at a reduced resolution), this may offer the best all round solution. 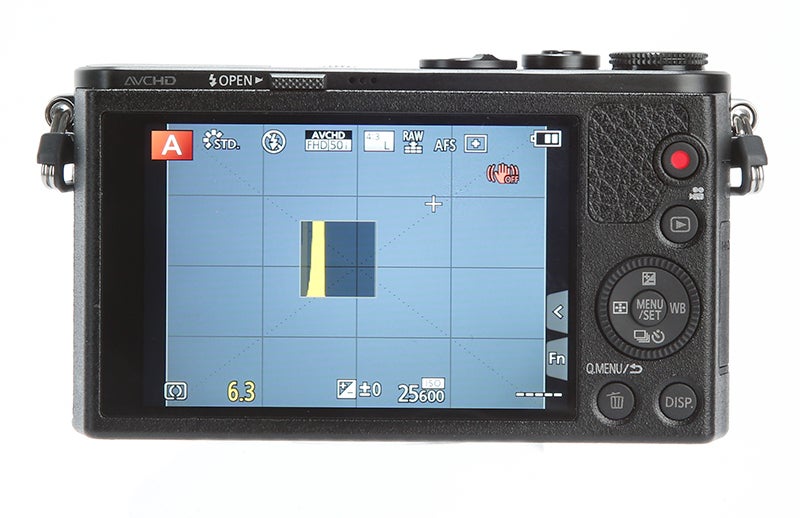 Something we’ve long been a fan of is Panasonic’s sophisticated, yet refined menu system. The GM1’s is no different, with options in the menu being listed in priority order – for example the picture size, image quality and sensitivity are all listed on the first page under the record heading.

There’s an excellent level of customization too, particularly in the Q.Menu where five of your most frequently used settings can be arranged from a selection of twelve options.

For those who’d like to take advantage of touch shutter, whereby the shutter can be fired by simply touching the screen, the small outwards arrow above the function button at the bottom right of the screen can be used. The onscreen function button mentioned above can be used to turn on the electronic leveling function or reveal a live histogram based on the positioning of the AF-point.

Loaded with a class 10 Lexar Premium Series SDHC card, the GM1 is capable of shooting 7 Raw files at 5fps before the buffer interrupts and slows down shooting. Switching the file format the Raw&JPEG resulted in the same figure, while it was happy to shoot a continuous burst of JPEG files without slowing up for over 27 files.