In use, the first obvious improvement is the GH3’s touchscreen. Rather than having to press the screen hard to change the position of the focus point, or repeatedly tap it to do what you want it to do, it’s much more responsive to a lighter touches. The responsiveness is so good that it’s now on a par with smartphone and tablet touch-screens. Caught out in a heavy downpour, we knew the weather sealing would protect the camera’s internals, but expected the droplets on the screen to play havoc with screen operation. Surprisingly it continued to work just as well as when it was dry. The other benefit of having a more responsive touch screen means you can make more accurate setting changes when using the Quick menu, plus it’s much easier to swipe through images and use pinch and zoom gestures in playback mode. 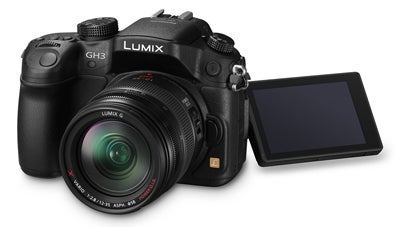 Shooting in heavy rain didn’t affect the performance of the GH3’s touch screen.

The combination of Touch-AF and a superb screen has vastly improved AF operation. AF speed lives up to our high expectations and no sooner have you half depressed the shutter button or touched any part of the display the AF beep confirms focus has been made. Coupled with a selection of Lumix lenses during our tests we experienced lightning fast lock-on speeds with little or no sign of hunting or hesitation either in single or continuous AF modes. Setting AF to AFF mode lets the camera constantly adjust focus in live view or video mode and again there weren’t any complaints to be made. Being able to flip out the screen, tap it and focus so quickly makes for a very intuitive and pleasing operational experience.

We did notice however two omissions with our review sample. In playback mode the camera would occasionally freeze – a fault that we could only put right by removing the battery before reinserting it. Despite our sample being downloaded with the latest firmware, we expect another firmware release very soon to put a fix to this. The only other criticism we had was the electronic viewfinder. It seems slightly smaller than the GH2’s and the far corners didn’t appear as sharp as the centre of the frame. We used the dioptre control to try and correct this but it didn’t seem to have any affect. 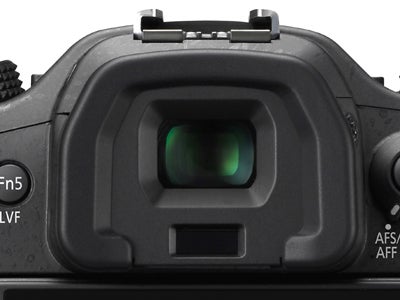 The eye sensor activates the electronic viewfinder when the camera is lifted to your eye. There is the option to switch this functionality off if you desire.

Loaded with a SanDisk Extreme Pro 8GB SDHC card and set to its fastest super-high continuous mode, the GH3 fired a very impressive 80 JPEG’s at full resolution at 20fps. You can then view these images one by one or in a succession in playback mode. Switching the file format over to Raw automatically selected the high-speed burst mode (6fps) and we rattled out an impressive 20 frames before the buffer slowed, which was one frame more than when the format was set to Raw+JPEG. Panasonic has produced the DMW-BGGH3 battery grip for the GH3 but unlike some DSLRs where it can increase the burst rate, it merely prolongs battery life up to 1000 shots.

As for the Wi-Fi functionality, you’ll need to install the Lumix Link app onto your iOS or Android device. Not only does it allow you to work remotely, but a live feed of what the camera sees is transmitted to your device with an option to shoot and even zoom when the camera is used with a power zoom lens. The layout of the app is very clear and concise. When you’d like to view images you head to the playback menu and beside this you’ll find options to setup your wireless access settings. It sounds complex but in truth it’s quick to learn. Our iPhone connected to the camera without fault and refreshed the screen feed fairly quickly as the lens was operated but didn’t allow us to fire the shutter or playback the images. Speaking with Panasonic, they admitted that the GH3’s Wi-Fi connectivity wasn’t finalised on our review sample and by the time you read this, the Wi-Fi issues we mentioned above should have been remedied and fully operational.