While the GH3 might share a few likenesses to GH2 in terms of its features, the design is very different. For starters the GH3’s footprint is significantly larger leading to it having a chunkier handgrip that’s more akin to a DSLR. The body is more curvaceous too and the way the tactile rubber grip stretches all the way around to the rear of the camera makes it feel like you’re holding a more refined piece of kit. An added advantage of the chunky handgrip is a larger space to accommodate a bigger battery. The new rechargeable Li-ion battery now prolongs use for up to 540 shots which is an improvement on the GH2’s 340-shot stamina. 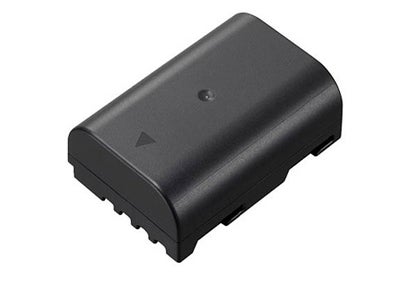 The GH3’s battery is bigger than the batteries found in previous G-Series CSC’s.

Ergonomically, there have been many changes across the body and other than the mode dial and positioning of the On/Off switch around the circumference there aren’t many similarities. Interestingly, Panasonic hasn’t opted for a single command dial to control aperture and shutter speed. There’s now a twin command dial arrangement that lets you set up exposure settings just like you would a DSLR. The independent White Balance, ISO and Exposure Compensation buttons are neatly arranged in a line for quick index finger operation, and instead of having to arch your index finger to fire the shutter it now rests more comfortably over the shutter button. 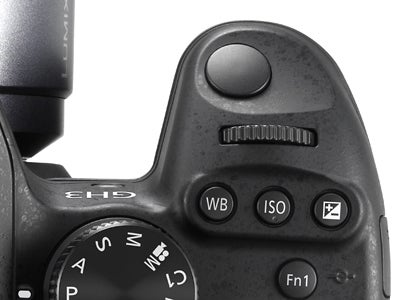 The shutter button now lies at a 45 degree angle, improving comfort and operation.

Alterations at the rear of the camera see the playback button moved to the left of the viewfinder. In its place lies a superb thumb switch to change AF mode between AFS, AFC and MF. The movie-record button has also been repositioned alongside, but the nature of the vari-angle screen and the way it sits slightly proud of the body results in your thumb touching the corner of the screen each time you record a video, but it’s not a major problem. 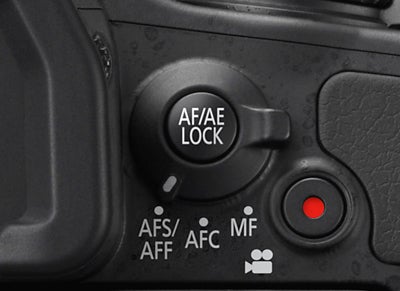 The AF switch at the rear of the camera is perfectly positioned for thumb operation.

Because there are so many external buttons and a Quick Menu to instantly access the most commonly used settings, you’ll find you won’t load the main menu too often. When you do though it’s very well laid out. The white text on black background is clear to read and existing Panasonic users will be familiar with the task bar layout on the left hand side. 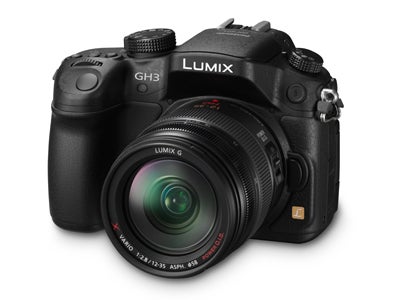 If there’s one word that’s best to describe the GH3’s build it’s superb. It’s the most robust Lumix model we’ve ever held and though the weight of the magnesium alloy die cast body could put off those that are looking for a lightweight camera, it really does contribute to a superbly balanced camera in the hand. Coupled with the 12-35mm kit lens, the combination weighs 855g. Not content by making the GH3 feel great, Panasonic’s inclusion of weather seals further enhances the build quality and sanctions it to be used in demanding shooting environments.