While it was a long time coming, Nikon’s 1 series of compact system cameras has proved incredibly popular since its launch. The Nikon 1 V2 is the second generation in the V strand of the 1 series, and features a complete redesign on its predecessor with a selection of key improvements. How does it fair under closer scrutiny? 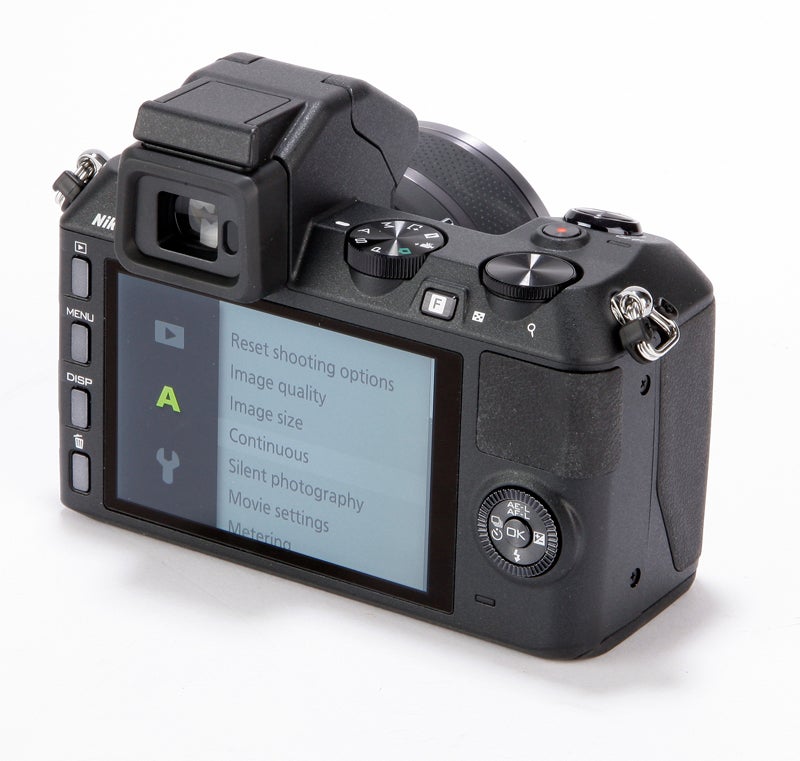 Where the V1 was something of a nondescript rectangular slab of a compact system camera, the V2 has a lot more of a DSLR about it – albeit somewhat of a miniaturised version. One of the significant features of this design change is the addition of a pronounced handgrip to the right of the camera. This handgrip is of a substantial size and offers a pleasingly firm grip on the camera, helped in no small part by the rubberised coating both on the front and rear of the grip.

The raw measurements of the V2 suggest that the camera isn’t actually that much smaller than the V1. In fact, the camera is only slightly narrower, while it measures in both wider and deeper than its predecessor. These measurements are skewed by the height of the V2’s viewfinder and the protrusion of the hand grip – the actually body of the V2 is much slimmer than the V1, and certainly feels more comfortable in the hand. 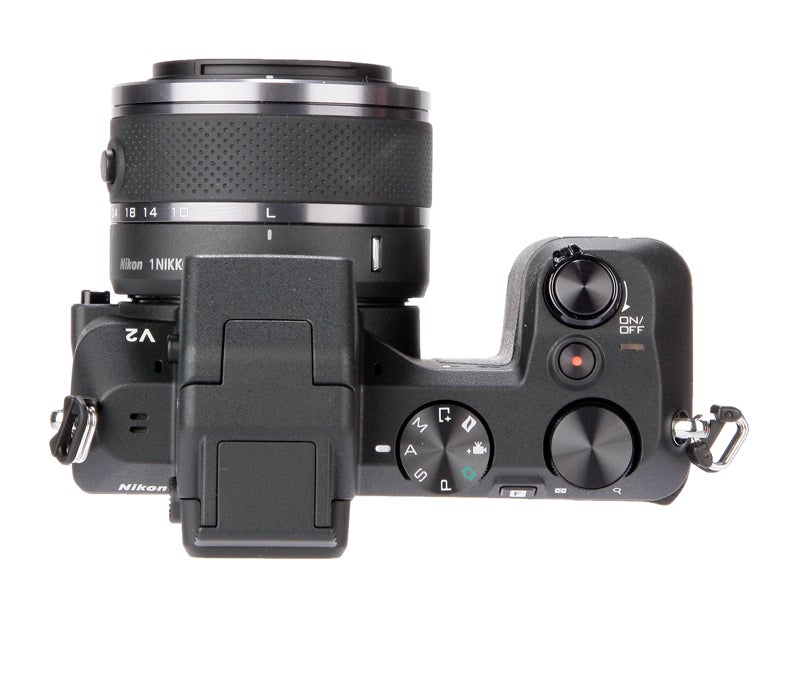 The model’s top plate not only features a command dial for altering shooting functions, but also features a conventional mode dial – this is particularly welcome as the V1 before only featured a half-baked mode dial on the camera’s rear that didn’t offer access to PASM shooting modes, items which had to be reached through the camera’s menu system itself. The other control buttons, including playback, menu, display and trash, are now located down the left-hand side of the LCD screen, much like the arrangement found on the rear of Nikon’s DSLRs.

The V2 is available in two different versions – either black or white – with the former far preferred ahead of the latter. It’s worth pointing out that while the design overhaul is entirely welcome, and does enhance the both the look and feel of the V2, the new body isn’t to everyone’s taste and is certainly worth inspecting before purchase.

The Nikon 1 V2 benefits from the same focus system found in the other models in Nikon’s 1 series of cameras. The set-up is an advanced hybrid AF system which instantly switches between a 73-point phase-detection and 135-point contrast-detection AF system to suit the scene that you’re capturing. The real-time result of this combination is truly lightning-fast AF performance, some which is up there with any digital camera on the market. Not only is the AF performance blisteringly fast, but it’s also assuringly accurate, and the model’s tracking focus ensures that even moving targets can remain sharp.

As mentioned previously, the Nikon V2 features a range of shooting modes that could be described as both innovative and quirky in equal measure. Features such as ‘Motion Snapshot’, which creates a ‘living image’ from before you press the shutter button, are certainly more to the quirky end of the scale, while the ‘Smart Photo Selector’ mode offers genuinely useful functionality.

The presence of Nikon’s EXPEED 3A processor is the key to facilitating the lightning fast shooting speeds quoted in the specification. Although these do all have caps to the maximum amount of images they can capture, the mere fact that they are there really helps distinguish the V2 from its compact system camera competitors.

While a whole host of other elements of the camera have received makeovers, one area that remains pretty much as was is the menu system. It’s a shame that Nikon hasn’t turned its restyling to the menu as it’s muddled and difficult to navigate – rather than having well organised subsections, all of the relevant settings you may want to alter are housed in one long list. The result? Lots of unwanted scrolling to reach the setting you’re looking for.

Owing to the design changes of the Nikon V2, the camera now features a smaller battery and as a result a slightly shortened battery life. Although this is the case, the battery life is still good enough to ensure a full days shooting out of a single charge.