As mentioned, one of the issues that came to light when we tested the X-Pro1 was the relatively slow focusing speed delivered. The X-E1, with its improved algorithms, promises to improve on this and it’s fair to say they have. In use and focusing is much more prompt in single AF, with only minimal hunting with the 18-55mm lens. But while it has been improved, it’s fair to say the AF performance still isn’t a match for similarly priced models such as the OM-D, which tend to lock on noticeably faster than the X-E1. And while it’s hard to see the X-E1’s intended use as a fast-moving action camera, the continuous AF does struggle with moving subjects, relying solely on the central AF point for focus.

That said, the 49-point AF arrangement provides good coverage, though not to the edges of the frame, while the AF point area provides the choice of five different sizes (set via the control dial) depending on how precise you want to be with your focus. The combination of hitting the AF button at the rear and the 4-way D-pad is straightforward, though maybe a little fiddly, while the 18-55mm delivers relatively quiet focusing, though the other prime lenses still do tend to offer up the odd mechanical whirr as focus is acquired.

Manual focusing does provide better feedback, with the image coming into focus pretty quickly as you twist the manual focus ring of the lens, while the 3x and 10x magnifications offer precise focusing. 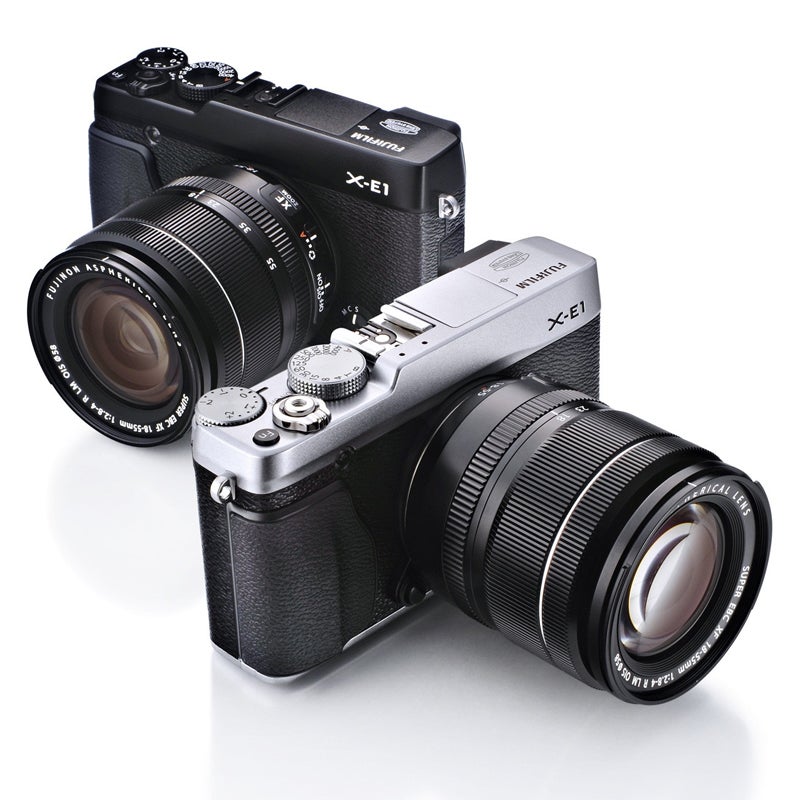 Using the X-E1 and its quite surprising how little if at all you miss the clever hybrid viewfinder that’s on the X-Pro1. With the class-matching 2.36m-dot resolution, it’s a noticeable improvement over the lower-resolution EVF in the X-Pro1, and is far from tunnel-like when looking through it. The OLED technology provides a wider ratio from black to white as well as brighter colours that will see you soon forget about the missing optical viewfinder.

The payback for the excellent EVF is the somewhat disappointing 2.8in screen that doesn’t quite cut it on a camera of this price. While more than acceptable, it just doesn’t deliver quite the same razor-sharp results as rivals, while the absence of a vari-angled screen may be disappointing to some. 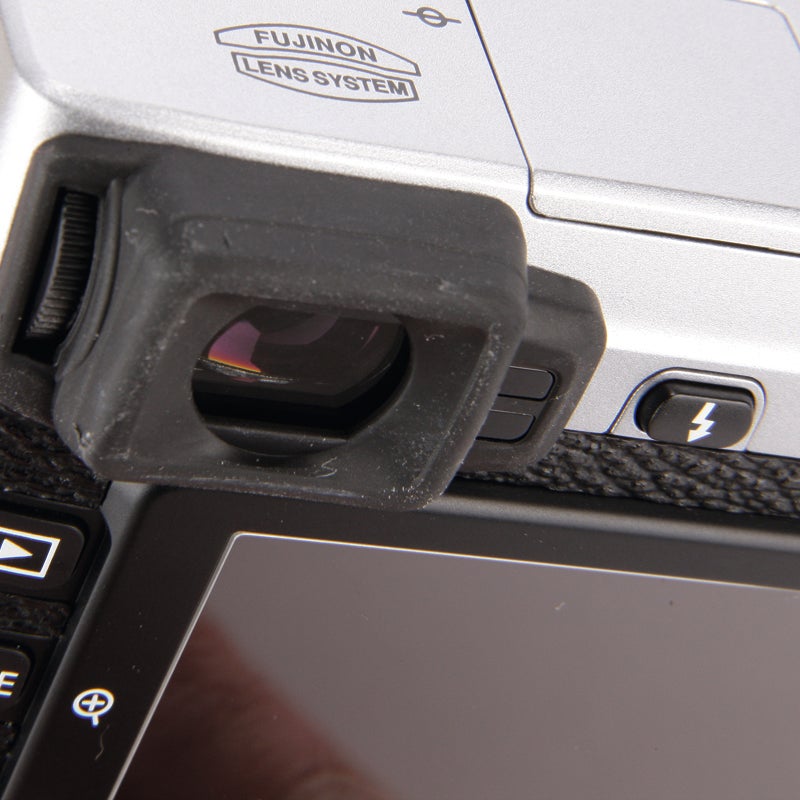 The screen doesn’t offer any touchscreen functionality, but that’s not really an issue here as the X-E1’s pretty quick to use once you’ve got your bearings. Buttons, though made from plastic, are a decent size, ensuring shooting with the X-E1 doesn’t become unnecessarily fiddly, while the amount of exterior controls sets the right balance of providing the photographer with enough hands-on control while still maintaining a relatively neat and easy to navigate layout. The Quick menu provides instant access to the camera’s core settings, while it couldn’t be simpler or quicker to change aperture and shutter speed.

There are a host of drive modes available on the X-E1, so as well as single and continuous (a pretty impressive burst of 6fps), you can bracket exposure, ISO, Film Simulation, Dynamic Range and Motion Panorama. It’s within the Drive mode that you’ll also find the X-E1’s video mode. With the focus of the X-E1 being an out-and-out stills camera, don’t expect too many video features, though you’ll be able to shoot Full HD video in a cinematic 24fps with stereo sound, while there’s a 2.5mm microphone socket.