With the absence of an optical viewfinder, the X-E1, from the front at least, looks a little less rangefinder-like than both the X100 or X-Pro1. That’s not to say that the X-E1 is any less successful in the design department. It’s a nice looking piece of kit, with the sculptured lip running along most of the front top panel that helps to produce a sleek, premium-looking camera that’s a mix of contemporary and nostalgia. Available in black or silver finish, we think the silver model definitely has the edge, and one that’s bound to be the subject of the odd admiring glance or two. 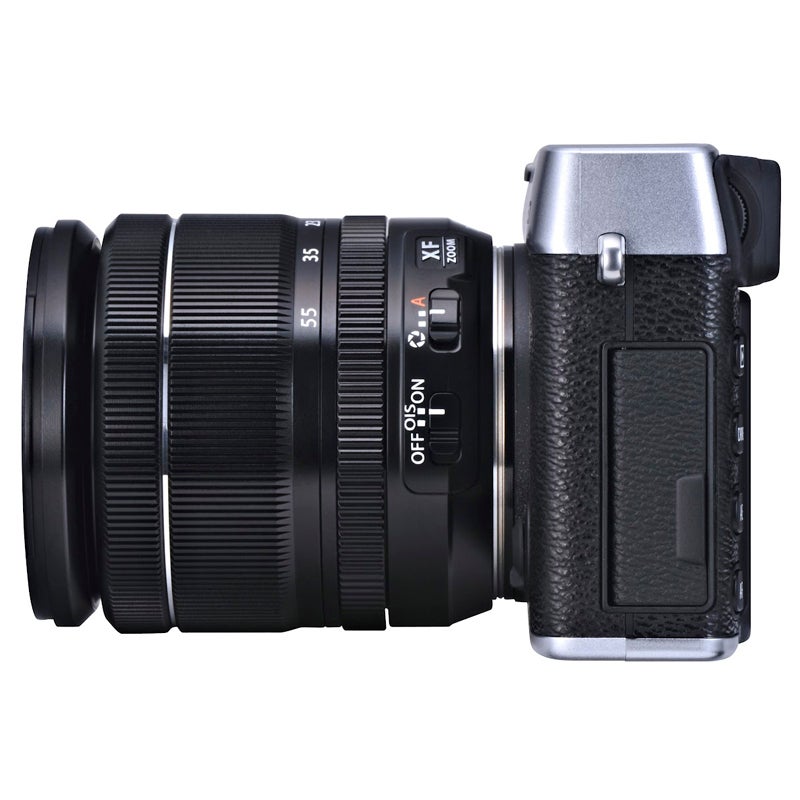 The X-E1’s also been on a bit of a weight-loss programme, and is noticeably less bulky than the X-Pro1, with not only a much smaller footprint print, but also height as well, making it pretty similar in size to the X100. The build quality hasn’t been compromised though, with top and front covers made from die-cast magnesium, along with a decent rubber grip.

Like the X100 and X-Pro1, you won’t find a plethora of automated controls and shooting modes on the X-E1. Virtually mirroring the control layout of the X-Pro1, there’s a shutter speed dial on the top plate with an ‘A’ setting for auto control, while the aperture is set via the lenses aperture ring, again, with each lens sporting an ‘A’ setting to let the camera take over. So while the X-E1 can be used in Program mode by having both aperture and shutter speed settings set to ‘A’, the X-E1 encourages you to be more involved and take control of the exposure. 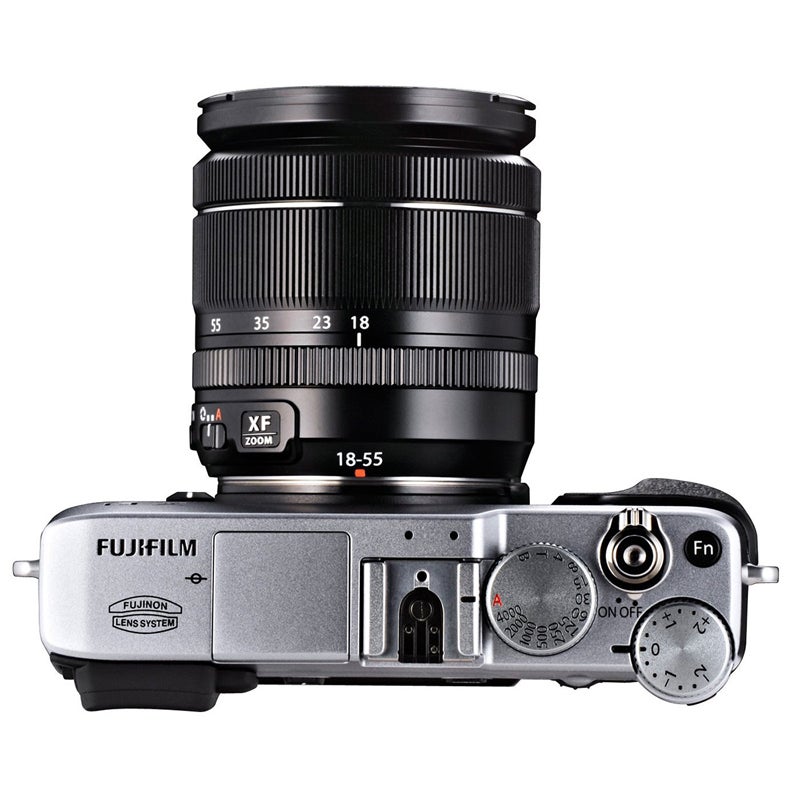 The shutter speed dial itself is made from machined metal, with a beautifully fine-grooved edge, though unlike the X-Pro1, doesn’t feature a central lock to stop it inadvertently getting knocked out of position. Next to that is the exposure compensation dial with -/+2 compensation in third stop increments and a sunken into the body just like the X-Pro1 to avoid inadvertent knocks.

Also on the top plate is the on/off switch that wraps itself round the shutter button that features a traditional screw cable release, though the X-E1 can also be triggered with RR-80 remote release. You’ll also find a small Fn function button which is set by default to control ISO, though this can be customised in the camera’s menu should you prefer.

Moving to the rear of the X-E1 and X-Pro1 users will feel right at home, with a almost identical button layout used, with the only notable change the Playback button moving from the right of the screen to fall in-line with the drive, metering mode and AF access points, that also double up as zoom in, zoom out and delete controls when reviewing images. 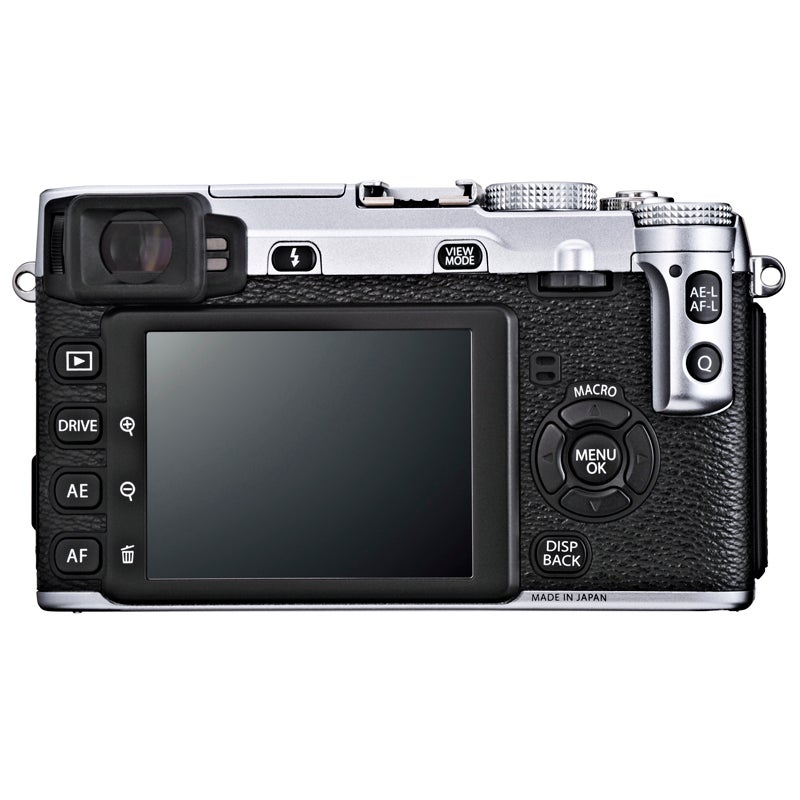 To the right of the screen is the 4-way control interface, display, quick menu and exposure/AF lock buttons, along with a button release for the pop-up flash and control dial that can be used to change a wide range of settings running along the top. There’s also a view mode selector, allowing you to toggle between the viewfinder and rear screen, though there is an eye sensor next to the viewfinder to automatically swap to the EVF when you raise the X-E1 to your eye.