£699.00
After pretty much every other major manufacturer has dipped their toe into the Compact System Camera market, Canon finally announced their offering earlier this year. With the arrival of the EOS M, Canon has been quite clear that this new model is not targeting the traditional EOS user, but instead aimed to attract new users into the EOS system, with the camera focused towards the novice, first time user.

With rivals already establishing market share and offering similar user-orientated models, has Canon arrived too late with the EOS M or is it good enough to muscle its way to the top of the pile? 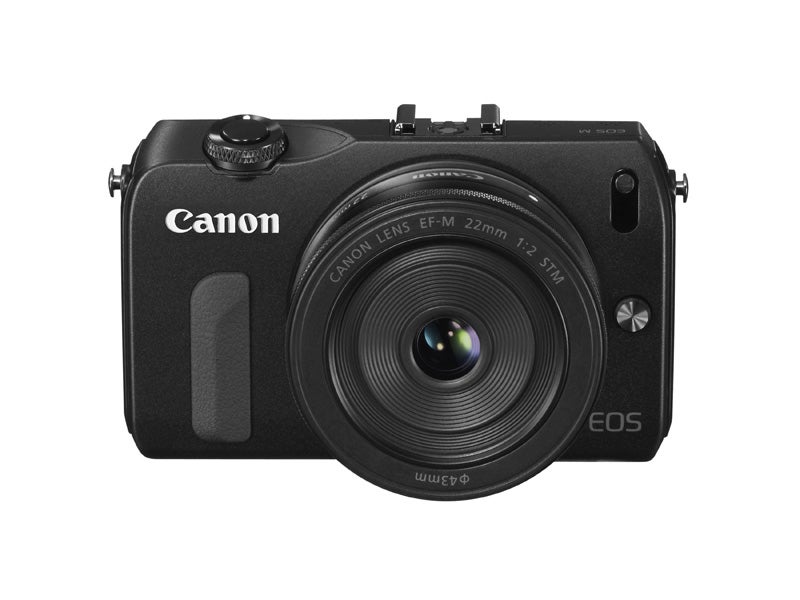 While there was some speculation that Canon would use the 4:3 format, 18.7 x 14mm 14.3MP sensor that found its way into the G1 X, Canon’s opted to borrow a lot of the innards from it’s EOS DSLRs instead. This sees the EOS M with a large APS-C sized sharing, sharing the same 18MP resolution as most Canon DSLRs, while the ISO range is identical to that of the EOS 650D, running from 100-12,800 and expandable to an ISO equivalent of 25,600. There’s also Canon’s 14-bit  DIGIC 5 image processor working behind the scenes to provide the EOS M’s processing power.

The EOS M may use the same image sensor format as Canon’s APS-C DSLRs, but the lens mount is different. The new EF-M mount is 58mm in diameter and has a flange distance of 18mm. Launched with the EOS M are two dedicated EF-M mount lenses – the EF-M 18-55mm f/3.5-5.6 IS STM standard zoom producing a 35mm focal length equivalent of 28.8-88mm and the EF-M 22mm f/2 STM with a focal length equivalent to 35.2mm, providing a moderate and fast wide-angle ‘pancake’ prime lens for the EOS M. The STM refers to the stepper motor used for the autofocus and is designed for smoother and quieter focus during video capture.

While only two lenses at the time of launch might seem a little restrictive, Canon has the luxury of and extensive lens line-up already for its DSLRs, so an EF-EOS M mount adapter is available to attach Canon’s range of EF and EF-S lenses to the EOS M. 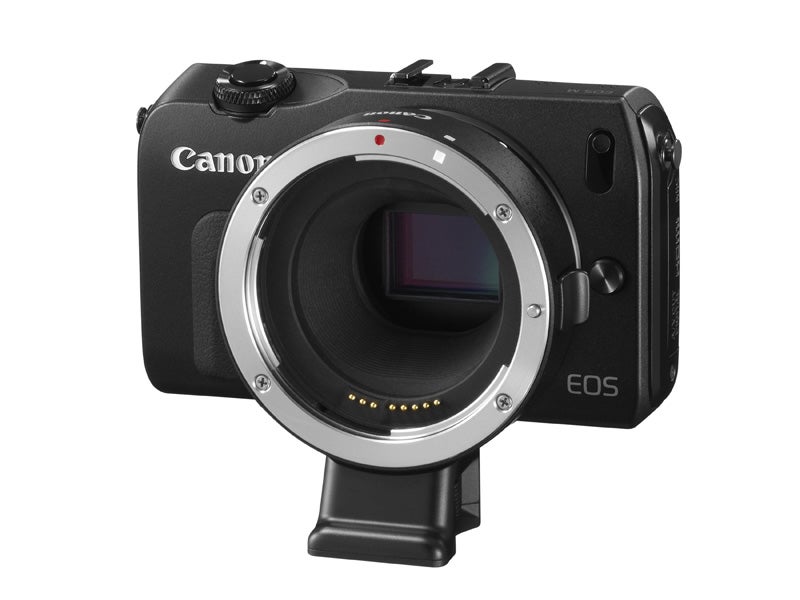 The EOS M also does away with a built-in flash, with the camera coming bundled with a very compact Speedlite 90EX that fits onto the EOS M’s hotshoe, while the EOS M is fully compatible with the full range of digital EX Speedlites from Canon. There’s no integrated electronic viewfinder or the facility to attach and external one either, instead the EOS M relies solely on a 3in 1040k-dot 3:2 ClearView II LCD touchscreen for composition. 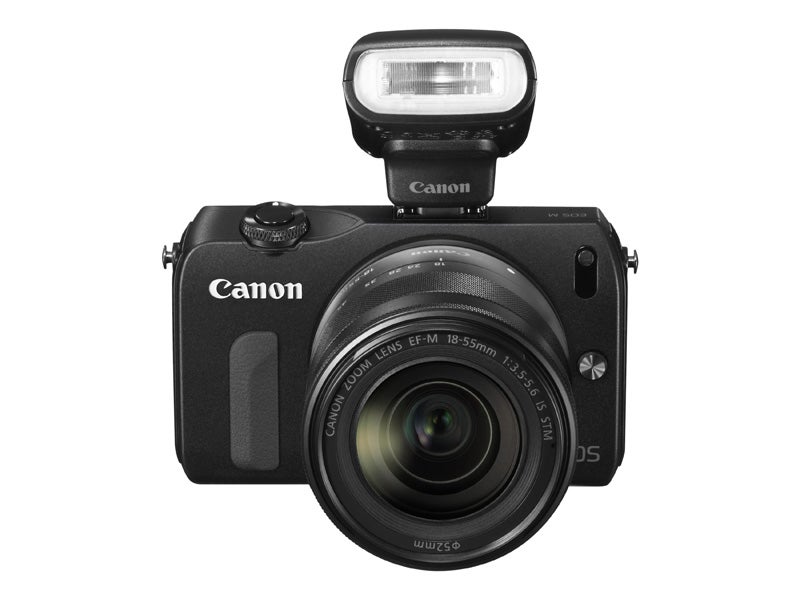 The EOS M boosts a 31-point Hybrid AF system that provides a combination of contrast and phase-detection AF. The idea being that the faster phase-detect AF points are used initially to acquire focus, before the more precise contrast-detect system then takes over to fine-tune focus. There are a decent amount of AF modes available that includes Face Detection, AF tracking, FlexiZone-Multi and Flexizone-Single, and thanks to the touchscreen, Touch AF as well so you and not only tap on the rear screen where you want the camera to focus, but also simultaneously fire the shutter as well.

For novice users looking to upgrade from a compact, there are a host of automated modes to make the transition easier. Scene Intelligent Auto adjusts the camera settings according to the subject and shooting conditions, rendering the EOS M a very advanced point-and-shoot camera, while there is also a selection of Scene modes as well. If you’ve got a bit more experience, then you’ll be able to use the full suite of creative manual modes including shutter and aperture priority as well as full manual shooting. To add a creative twist to your images, the EOS M includes 7 Creative filters that you can apply to your image such as Grainy B/W, Toy camera and Fisheye. Perhaps a little surprisingly for a camera of this type, there’s no Wi-Fi functionality supported by the EOS M unlike some rivals.

If you want to double up the EOS M as your video camera as well, the EOS M can record footage at Full HD 1080p, with a choice of frame rates at either 30, 25 or 24fps. To slow the action down, you can also capture video at 60 or 50fps at 720p. The EOS M features a pair of small stereo microphones, but there’s also the option to attach an optional stereo microphone via the 3.5mm socket on the side of the camera.