The Sony RX100 is the first real premium compact camera from the brand. Has it been worth the wait? Find out in the What Digital Camera Sony RX100 review.

With minimal exterior controls to keep the camera as compact as possible, the RX100 relies on some clever touches to make it quick and enjoyable to use.

The control ring itself offers a smooth rotation, with audible clicks for each step adjustment change, rather than a physical click as you twist the control ring. Sony’s opted for this smooth transition, as control and adjustment will be silent during video capture. As well as the Function button, settings for the 4-way d-pad can also be re-programmed via the menu, so the RX100 really can be customised how you like to shoot. 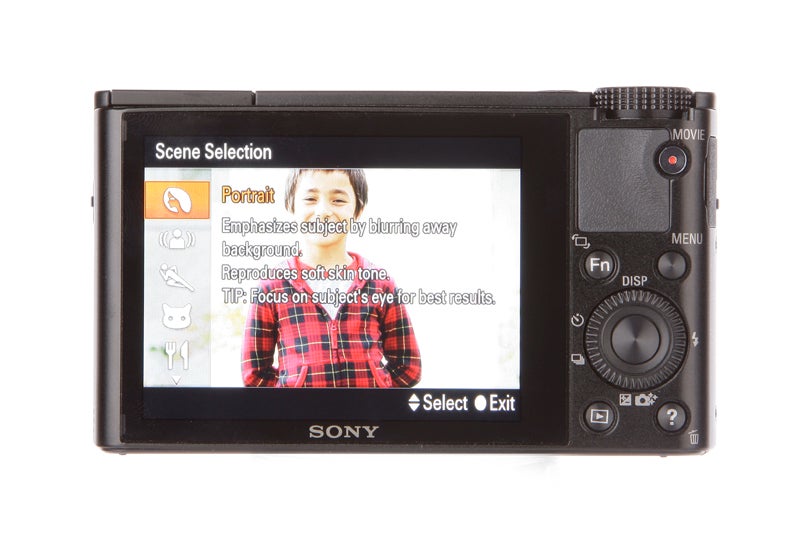 If you’re a Sony Alpha DSLR/SLT owner, then you’ll feel right at home with the menu interface of the RX100, with the whole look and feel being very similar. Broken down into seven sub-sections, there’s a great deal of control available should you wish. The rear screen, with its WhiteMagic display technology, is very good – it’s clear and crisp, with plenty of clarity

For a compact camera, AF is pretty sophisticated. The Flexible spot allows you to position the AF area pretty much anywhere on the frame, with the exception of the perimeter of the image, while multi-area works fine for quick snaps. To toggle between settings does require going into the main menu, but assign AF as one of the controls for the Function button, and you’ll be able to do this much quicker. AF acquisition is very fast in single AF – Sony claim a speed as fast as 0.13secs, dropping only to 0.23secs in low-light. While the focus-tracking is one of the more accurate systems available on a compact, don’t rely on it too much, as like most contrast-detect systems, it’ll struggle to keep up with the action. In manual focus, the Peking-assist is a nice asset to have, especially when you with the control ring on the front of the camera.

Set the RX100 into Speed priority mode and you’ll be able to fire of 10 shots in very quick succession over a period of a second at full resolution, though for a more prolonged burst over a longer period, the frame rate reduces to 2.5fps.